Descending from the slopes of the purple Vosges Mountains, the River Saône gently meanders 300 miles through fields of sunflowers and sweeps of wheat. The river bank is dotted with the picturesque towns of Chalon-sur-Saône, Tournus, and Macon as the Saône weaves its path south to Lyon. 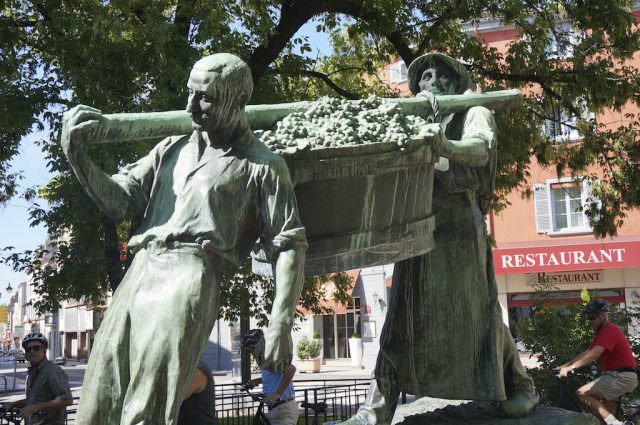 A region rich in wine production along the Saône River. © 2013 Ralph Grizzle

Chalon-sur-Saône is encased in vineyards that produce some of the best wines in France: Givy, Rully, Mercury and Montagny. Read more about Chalon-sur-Saone. 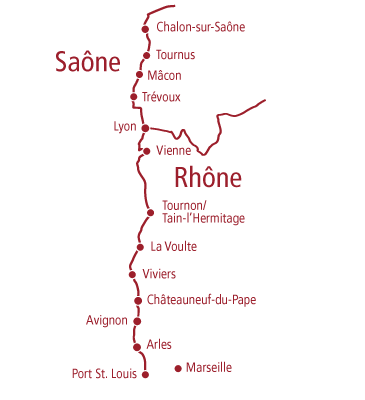 Originally a Roman town of the 2nd century, Tournus broadened into an important trade center during medieval times. Read more about Tournus.

Founded in 43 B.C. by a lieutenant in Julius Caesar’s army, historic Lyon has become the second largest metropolitan area in France. Read more about Lyon.

Read about which cruise companies operate on the Saône.