The Rivers of France 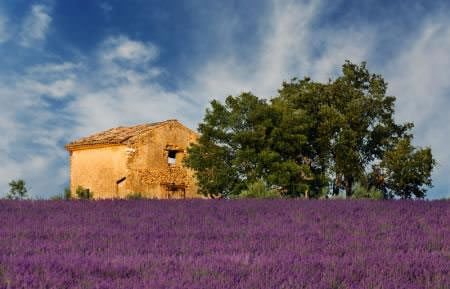 Fields of Lavender in Provence

Also popular for luxury hotel barge cruises on canals, France has rivers that course through the vineyard-canopied hillsides of Burgundy to the lavender fields of Provence and the fertile wine-producing region of Bordeaux.

Perhaps the best known river in France, however, is the Seine, which flows from the Atlantic Ocean to the City of Light, Paris, with its broad boulevards, charming cafes and world-renowned museums.

Coursing 505 miles, the Rhone is the only major European river flowing south into the Mediterranean. Most river cruises operate from Lyon on the Rhone, traveling as far south in Provence as Arles and the Cote d’Azur. The same stretch of river is also popular with barge cruises.

Other river cruises combine the Rhone and Saone rivers for itineraries from Chalon-sur-Saône to Avignon. Along the way, passengers enjoy Avignon’s Papal Palace; the early Roman ruins in Vienne and Arles; wine tours of Beaune, Burgundy’s acclaimed wine capital; the history and beauty of Lyon and Vienne; and the Middle Age charm of Viviers.

Seine river cruises include at least one night in Paris before traveling northwest toward Honfleur and the English Channel. Major stops include Giverny, home of the artist Claude Monet and one of France’s most-visited destinations; and Rouen, known as the “City of 100 Spires,” for its many churches and cathedrals.

The Seine is practically synonomous with Paris, and thus the City of Lights is one of the main attractions on Seine cruises. The river has been used for sightseeing within Paris since the 19th century.

The Loire River begins in the Rhone-Alps region in southern France. The river flows for about 630 miles until it reaches the Bay of Biscay just west of Nantes. It 1,012 miles long and is the longest river in France with several tributaries along the western portion of the river between Saumur and Nantes, including the Erde, La Maine, Sarthe, Cher and Indre.

Once overlooked by river cruise companies, the wine-producing region of Bordeaux is beginning to attract river cruisers who are wine aficionados as well as history lovers, thanks to the region’s intoxicating mix of culinary delights and old-world charm.

Read about specific rivers in France: