When you’re planning a river cruise in Europe, you have a fair amount of choices. To better understand what your choices are, read river cruise reviews from companies that we regularly write about.

If you are new to river cruises and/or want to learn more about the various river cruise companies and their vessels, you are at the right place. You will find a broad selection of river cruise reviews that will provide you the knowledge to make your best river cruise decision. The American Queen paddlewheels through heartland of America. © 2012 Ralph Grizzle

Review from our sister site, The Avid Cruiser.

Even if you’re an avid cruiser like me, you’ll find there’s little to compare to the American Queen. It can’t be compared to a river cruise vessel in Europe. The largest paddlewheeler ever built, the six-deck American Queen is nearly 2.5 times wider than those river cruisers. Spanning 90 feet across, she offers multiple restaurants, including a gorgeous two-story main restaurant, lots of public rooms, a variety of staterooms and suites, a small pool, gym and, of course, a giant paddlewheel to propel the riverboat.

For optimal viewing, toggle the full-screen icon. Troubling viewing the video? Click here. Or subscribe to the Avid Cruiser video podcasts to download the videos to your iDevice.

Check out all of our articles and videos featuring the American Queen. 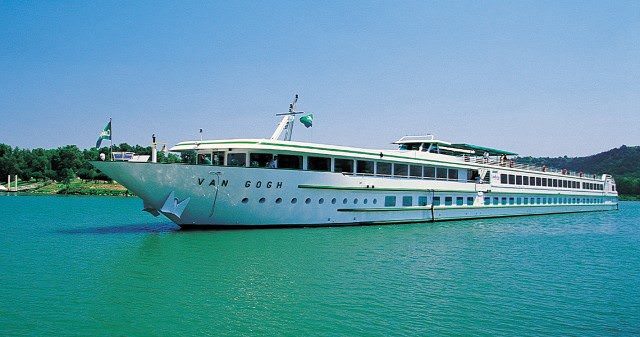 CroisiEurope’s Van Gogh sails through France along the Rhone and Saone. Photo courtesy of CroisiEurope.

Founded by Gérard Schmitter in 1976, CroisiEurope River Cruises is still a family run business, responsible for the construction, ownership and day-to-day operations of 30 river cruise vessels that are capable of carrying between 100 and 200 passengers. In 2014, the company will take delivery of an additional three vessels, bringing its fleet to a total of 33 river cruise ships. CroisiEurope is also one of the few lines to offer sailings on nearly every  river in Europe. Read more about CroisiEurope River Cruises The beautiful new S.S Antoinette is the crown jewel of the Uniworld fleet. Photo courtesy of Uniworld. Viking Odin sails up the Rhine, destined for Amsterdam and her Christening ceremonies. Photo courtesy of Viking River Cruises