Too big to cruise the rivers, CroisiEurope’s ocean-going Belle de l’Adriatique entered service in 2007 and can carry 200 guests. Photo courtesy of CroisiEurope.

Belle de l’Adriatique is sleek and intimate like the rest of CroisiEurope’s European fleet, yet her seakeeping abilities allow her to offer cruises along the coasts of Croatia, Cyprus, Montenegro and the Greek Islands.

Built in 2007, she can carry a total of 200 passengers and a crew of 48. She is 360 feet long and measures 42 feet across. Belle de l’Adriatique features four passenger decks, so there is never any shortage of personal space for those traveling onboard, including ample sun deck space and plenty of quiet nooks to get lost in a book or simply admire the blue splendor of the Mediterranean passing by. 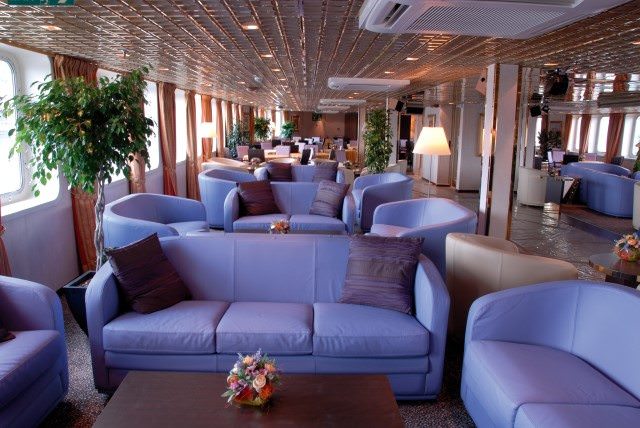 There are 100 guest staterooms aboard Belle de l’Adriatique, all of which feature ocean views. For the most part, staterooms are all situated in a single uniform size and layout. The only exceptions are staterooms located on the ship’s Main and Lower decks, which feature porthole windows instead of the larger picture windows found on Upper and Reception Deck.

There is one stateroom set aside for solo cruisers (located on Upper Deck). A stateroom for the mobility impaired is located on the same deck.

All cabins feature twin beds or a double-bed, along with a private bathroom featuring a shower, toilet and vanity area. Each stateroom is equipped with satellite television, radio, a hairdryer and a safe. 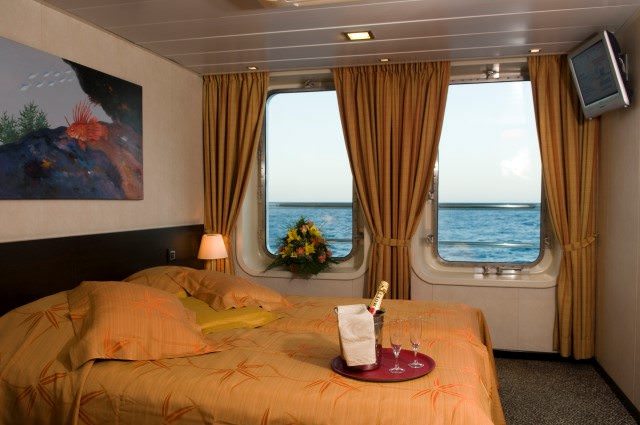 Belle de l’Adriatique features an attractive main dining room located all the way aft on Main Deck, where breakfast, lunch and dinner are served up in an inviting and relaxed atmosphere.

There are two lounges aboard Belle de l’Adriatique. The largest is located on Reception Deck and features panoramic views overlooking the bow of the ship. The other is a smaller, more intimate space located all the way aft on Upper Deck that features an outdoor terrace situated on the stern of the ship.

The Sun Deck features two Jacuzzi hot tubs all the way forward and a Bar located amidships. Plenty of seating options are available here for those who want to while away the Mediterranean days with some sun-worshipping. 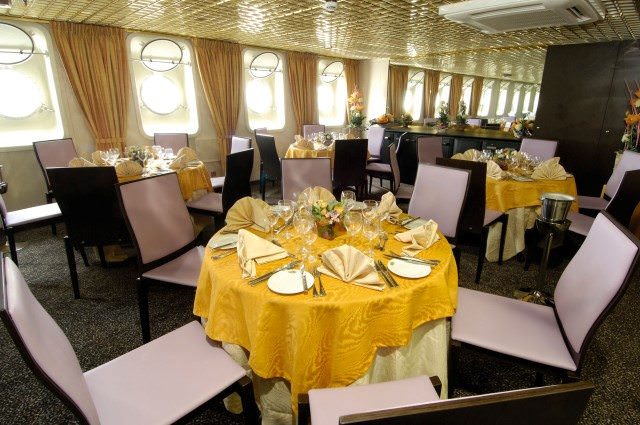