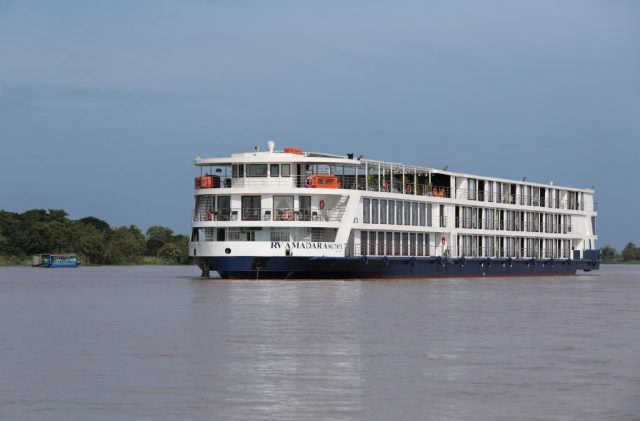 AmaDara on the Mekong. Photo courtesy of AmaWaterways

The 2015-built AmaDara offers some of the most luxurious amenities available on river cruises along the exotic Mekong River between Cambodia and Vietnam. At 302 feet in length, AmaWaterways‘ new AmaDara features 62 staterooms, 14 being elegantly furnished suites accented with traditional touches for a river cruise experience that is as unique and sumptuous as the regions she sails. 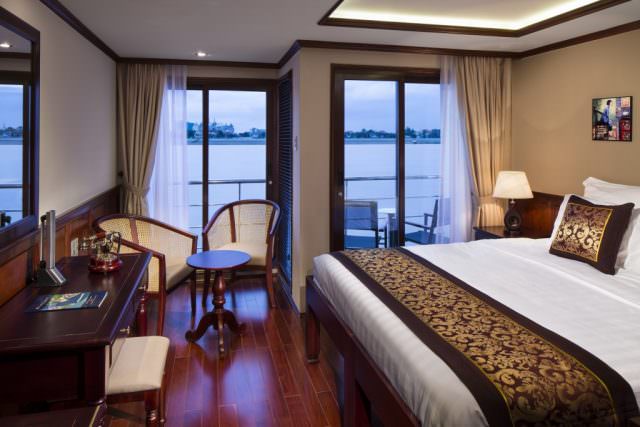 All staterooms aboard AmaDara feature both French and full step-out balconies. Photo courtesy of AmaWaterways.

All staterooms aboard AmaDara are outside and staterooms and suites feature twin-balconies. All staterooms have a sitting area, writing desk, shower with bathrobe and slippers, a hairdryer, mini-bar, and an in-stateroom television. Sporting interior design that could best be described as a modern take on old world elegance, these staterooms are some of the nicest on the Mekong – period.

There are five stateroom categories aboard AmaDara:

As with many ships, these suites can sell out quickly, so it can pay to book well in advance. 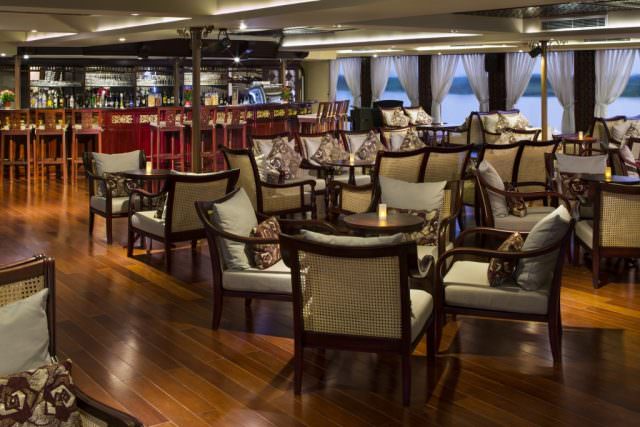 To ensure your cruise along the Mekong is as relaxing as it is enjoyable, AmaDara features a host of public rooms in which to pass the time. A full fitness center compliments the sun deck and swimming pool high atop Sadec Deck, and a comfortable lounge and bar area are located just one deck below. A forward facing lounge and library can also be found on this deck.

There is also a reception area and gift shop, and a beautifully decorated Mekong Restaurant. AmaDara features a second restaurant, called The Chef’s Table Restaurant. 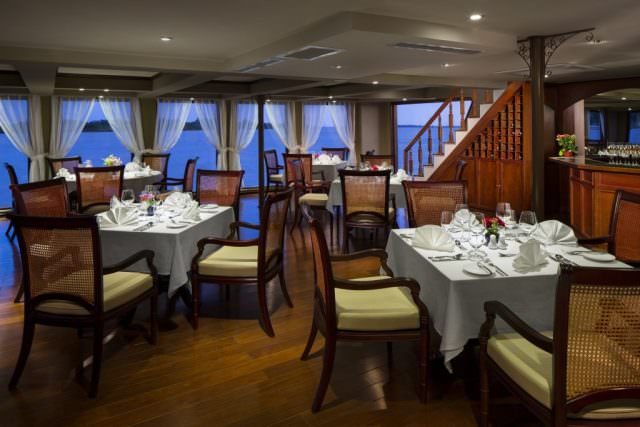 Get My Help With Your AmaWaterways Cruise

Read other articles about the AmaDara.