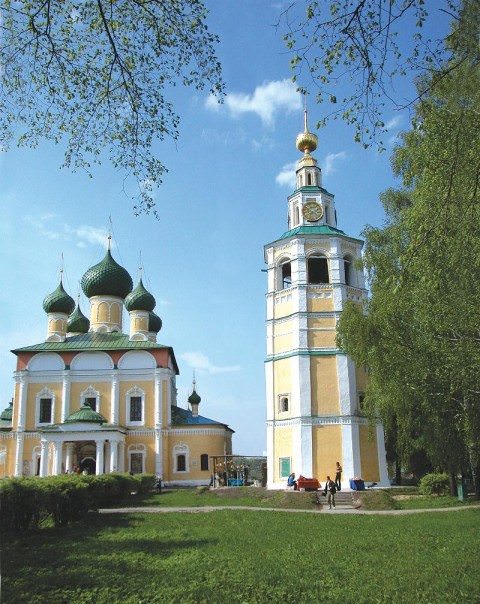 The historic town of Uglich, Russia is known for its magnificent cathedrals. Photo courtesy of Uniworld River Cruises

A historic town located within the municipality of Yaroslavl Oblast, Uglich sits along the banks of the Volga River.  While there is no concrete date for the founding of the town, most sources agree on 937 as a likely date of first settlement, though the first written records to mention the town appear in 1148.

Regardless, Uglich played an important role in Russian history, first as a small princedom before being annexed to Moscow in the 14th century.  Uglich was also used as a hiding place by Prince Dmitry, who attempted to flee the bloody reign of his father Ivan the Terrible.

He was unsuccessful. Found lying in a town square with his throat cut, his death made Uglich famous and led to an increasingly turbulent period in Russia’s history, as the population grappled with the idea that Dmitry was dead.  Many Russians refused to believe the news, giving way to several “False Dmirty’s”; opportunists’ intent on claiming the Muscovite throne.

Today, Uglich is a popular tourist destination and important river cruise port of call, with a population of slightly more than 38,000 inhabitants.

River cruise ships calling on Uglich tie up near the city center, located along the Volga River.

Among the best ways to spend your day in this historic Russian city: