This Slovakian city along the Danube still delights.

The capital of Solvakia, Bratislava is home to roughly 431,000 people.  Situated along the famous Danube River, this pretty city is a regular port of call for many river cruise ships. The city is also less than 40 miles away from Vienna, Austria.

Bratislava was a “capital in exile” for Hungary’s kings and archbishops during Turkey’s occupation of Hungary and most of the middle Danube basin from 1526 to 1784.

Bratislava used to be known by a variety of names, the most common of which was Pressburg.  While the official name change occurred in 1919 after the city’s incorporation into the newly-formed Czechoslovakia, some people still refer to the city by its historic former moniker. 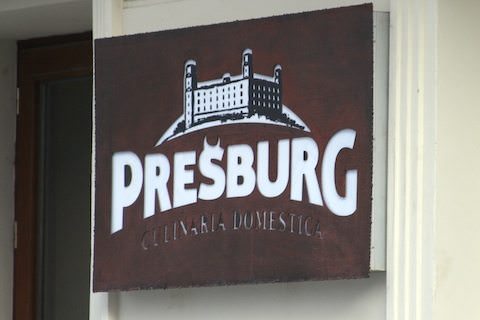 Bratislava was formerly known by its German name, Pressburg, and was strongly influenced by the Austrians, Czechs, Germans, Hungarians, Jews and Slovaks.

Although bombed during the Second World War, Bratislava managed to survive both German and Soviet occupation relatively unscathed and as such, the city still boasts its historic skyline and numerous attractions.

River cruise ships tie up along the Danube, near the center of town. In fact, Bratislava is one of the most easily accessible cities for river cruise passengers to visit due to its pedestrian-friendly nature. River cruisers typically do not overnight in Bratislava. But even a few hours is sufficient to appreciate Slovakia’s capital. 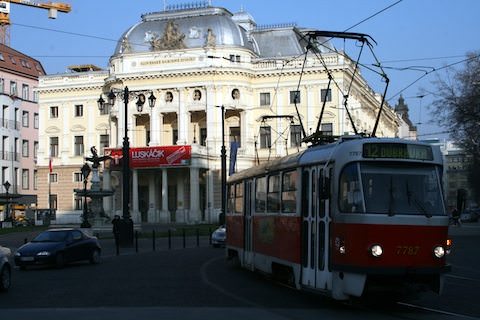 For public transport, tickets must be purchased in advance from pay stations located at or near most stops.

A pedestrian-friendly city, you should be able to get around town primarily on foot, or by utilizing public transportation. For public transport, tickets must be purchased in advance from pay stations located at or near most stops. Have plenty of change on hand, as these machines only take coins, and fares cannot be purchased directly from drivers.

The Old Town is within walking distance of vessels that dock on the city side of the Danube. From the river, make your way to the Old Town Hall and the Main Square. 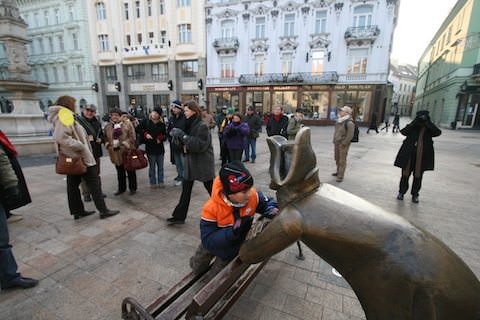 Bratislava’s Main Square during a winter Christmas cruise on the Danube.

On the Main Square, stop in Mayer Cafe for coffee and cake to fortify you for the walk up to Bratislava Castle, where you’ll enjoy good views over the city. 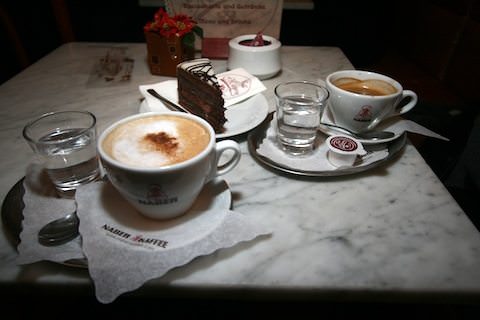 Stop in at Mayer Cafe for coffee and cake.

You’ll also want to visit Michael’s Gate, the only gate that has been preserved from the medieval fortifications that once surrounded the Old Town. 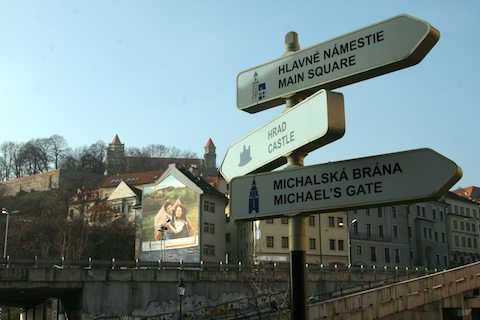 Hans Christen Andersen saw Bratislava as a fairy tale city. The Danish author spent time here in 1841, and the city erected a statue to commemorate his visit. 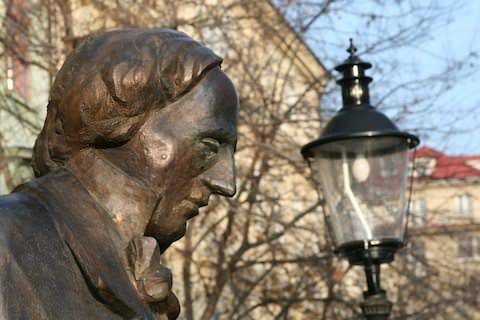 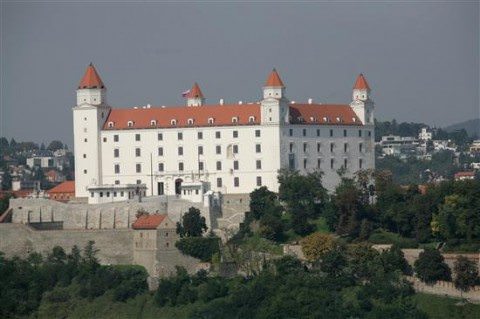 Just up the hill from St. Martin’s Cathedral is Bratislava Castle. Situated some 279 feet above the Danube, the castle is a worthy attraction in its own right.  Constructed in 1649, fire claimed the structure in 1811 and the building sat in a state of disarray until being restored in the 1950’s. But even if you’re not interested in the castle itself, the trek up here is worth it to see the spectacular views of Bratislava.

For a great look at the unique history of Bratislava, check out the Bratislava City Museum, the oldest continually operating museum in Slovakia.  Special exhibits and historic artefacts document the history of the city, collections of which are spread across eight separate galleries.

Those visiting Bratislava during the winter months should put the Christmas Market at the top of their list of things to see.  Located near the old Town Hall, mulled wine, honey wine, and tea with or without rum are served to keep the chill out, and visitors and residents alike flock here for the traditional foods and friendly atmosphere. 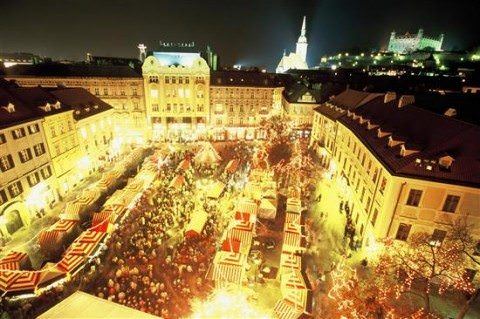