A Few Hours in Frankfurt

Technically known as Frankfurt am Main, the city of Frankfurt is the financial center of Germany, and home to more than 650,000 residents. Situated along the beautiful Main (pronounced mine) River, Frankfurt is an ideal embarkation and disembarkation port for river cruises, thanks to its modern amenities and sprawling International airport.

Unlike many European cities, Frankfurt is also notable for its modern skyline, with 12 towers taller than 492 feet, compared to London’s 10.

Before the Second World War, Frankfurt had one of the largest and most well-preserved medieval town centers in Germany. Severe bombing during the war, however, left the city virtually destroyed, and modern Frankfurt was gradually rebuilt. 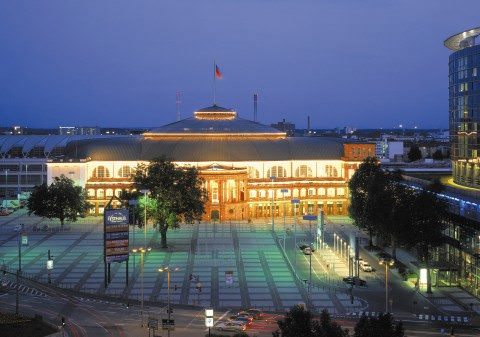 Today, Frankfurt is a powerhouse of economic activity and is home to more than 300 national and international financial institutions. Major trade shows and events are also held here, including the world’s largest automotive show and the world’s largest music fair.

If Prague represents a shining example of medieval Europe, Frankfurt is a pristine example of the modern version.

International visitors will likely arrive at Frankfurt Airport (Flughafen Frankfurt am Main), seven miles from the city center. Well over 200 nonstop destinations are served here, many by national carrier Lufthansa.

Once on the ground, getting into Frankfurt is a snap thanks to the S-Bahn train, which whisks passengers along the S8/S9 lines from the Airport Station in Terminal 1 to the city’s central Frankfurt Hauptbahnhof station in about 15 minutes.

River cruise ships calling on Frankfurt dock at a dedicated port area near the city center.  Consider making use of the excellent public transportation, including the S-Bahn, in order to maximize your time here.

Don’t be fooled by Frankfurt’s modern appearance; there’s an incredible amount of things to see and do during your time here – so much so, in fact, that river cruisers may want to plan additional pre-or-post cruise stays here in order to better experience this fascinating German city.