You are here: Home / Commentary / Your Thoughts On When We Will River Cruise In Europe Again 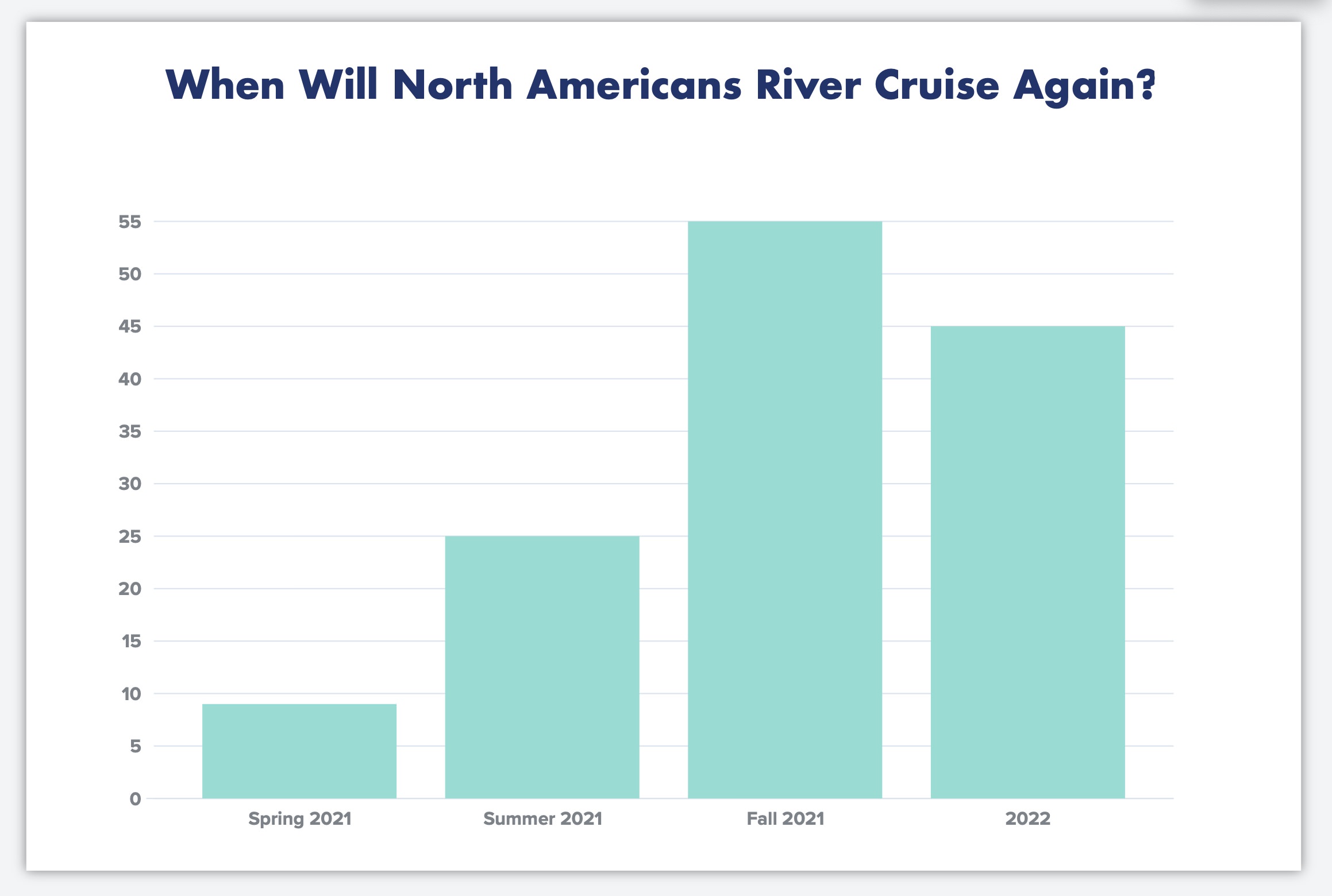 In last week’s story, we suggested that North Americans would be able to return to Europe for river cruises sometime during the summer of 2021. We asked for your vote, and this week, we’re happy to share the results.

As you’l see in the accompanying chart, only a small swath of those who responded think we may be able to return as early as spring of 2021. We’ll put those folks in the “hope springs eternal” department and hope they’re right. Seems too soon for us. The first day of spring is less than 60 days away as of this writing. Of course, spring runs March through June, so there is hope that a few intrepid travelers will cross the Atlantic to board river cruises. That’s assuming that Europe’s borders are open.

Fully 66 percent of respondents think we’ll be back on board by the end of fall 2021. That about squares with what we’re thinking. We’re betting on end of summer/early fall for a return to river cruising for North Americans.

We keep emphasizing for “North Americans,” because Europeans already will have been river cruising for quite some time when summer transitions to fall. In fact, as of this writing, MSC Cruises has restarted winter ocean cruises again after a planned pause during the holiday period. See more on our sister site, Avid Cruiser.

North Americans are largely in the same bucket as other nations outside of Europe, such as Australia, New Zealand and those nations within South America and Asia. We need coronavirus under control and borders open so that we can travel freely once again.