You are here: Home / Lifestyle / Tips & Advice / Off The Boat: Our Readers’ Favorite River Cruise Excursions

River cruises give you the chance to see the beautiful European countryside as well as vibrant urban cities. When you’re not cruising through fields of windmills and tulips, vineyards and countrysides, quaint towns and large cities, hop off the ship for a mainland excursion.

There are hundreds of excursions to choose from based on your interests and the season.

Explore the different excursions possible from each river cruise route. This could help you decide which cruise is perfect for you.

Here are some European excursions you don’t want to miss on your river cruise.

1. Tulip Time in The Netherlands 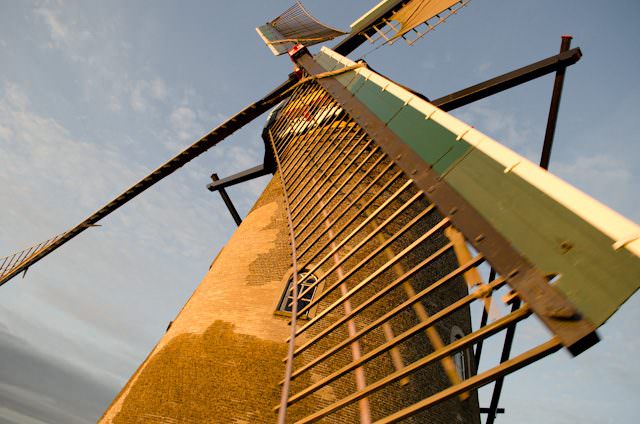 If you want to see the windmills of Kinderdijk, Netherlands this spring, act fast: many voyages are already sold out. Photo © 2013 Aaron Saunders

The quintessential experience to have in The Netherlands is Tulip Time. Each year between March and May, over 7 million tulip bulbs begin to bloom.

The fields of Holland transform into a colorful patchwork of flowers. There are accessible fields all over the country, but some of the most notable are on the coast of The Hague and in Noordoostpolder.

If you’d like to take some of these infamous flowers with you, check out the FloraHolland flower auction.

This year marks the 76th anniversary of the D-Day Landings on the coast of Normandy. Photo courtesy of Wikipedia / Creative Commons

Any history buff knows how significant visiting the Normandy Beaches in France is. These beaches are where D-Day occurred during World War II.

There are multiple memorials honoring the soldiers that fought here. If you’re coming from Canada or Australia, you’ll find memorials dedicated to your country’s soldiers.

Besides exploring the beaches, you’ll want to see the Abbey of Saint-Michel. This soaring, Gothic castle towers over the coast. It’s well worth taking a guided tour.

The Castle of Artstetten looks like it comes straight from a fairytale. Nestled in a charming park in Melk above the Danube, it’s packed with character and history.

Not only is it beautiful to see in person, but it’s also historically significant. This castle is the final resting place for Crown Prince Franz Ferdinand and Sophie Duchess of Hohenberg.

On a guided tour of the property, you’ll learn all about the royal family’s history and way of life. Fans of historic art and architecture will be awestruck on this excursion.

The Devin borough of Bratislava is a must-see on any Danube River cruise.

It’s believed that this castle was first constructed in the 5th century B.C. as a military fortress. In 1809, Napoleon’s army blew it up. Since then, it hasn’t experienced many repairs, so it sits in crumbling ruins.

You can sign up for a guided or self-guided tour of the castle as well as explore the two onsite museums.

Ready to Enjoy These European Excursions?

River cruising includes much more than relaxing on the boat and enjoying world-class views. It allows you to spend time in some of Europe’s most fascinating destinations.

If you need help choosing and booking the right river cruise for you, please fill out a recommendation form.

What are some of the best shore excursions you’ve done?