River cruising with children can prove to be a difficult task as early as the booking process begins. Once you’re on board, another possible issue arises – keeping your children entertained. When I sailed aboard AmaMagna in the beginning of July, it housed the largest population of children I have ever seen on a river boat. So that poses a question, is AmaMagna the perfect river ship for families? 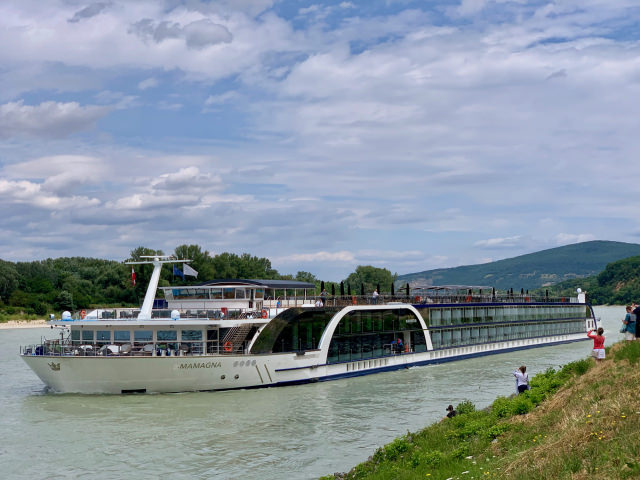 Curious about traveling aboard AmaWaterways with children? Check out Family River Cruises With AmaWaterways

There were about eight kids under the age of 12 on my sailing, and a couple of older teenagers. In addition to those under 20 there were also many passengers my age, in their mid-twenties. This created an interesting atmosphere that, while dissimilar to my other river cruise experiences, felt very natural. It was fun to see the kids out on the dance floor, or watching fireworks as we sailed into Vilshofen during The Danube In Flames festival.

That poses another question, though. What did the kids do during their time on the ship? As of now, AmaMagna will not host any Adventures By Disney cruises, a program that is catered specifically toward children. So, it is important to know that while children over the age of four are allowed on all AmaWaterways sailings, there will be no child-geared entertainment or tours.

Most of the children on my sailing seemed amused by the swimming pool, which I should note is heated and operates year-round. This seems to be the hub for most children on AmaWaterways’ ships, as they all house a similar pool. However, AmaMagna has another space for children – the Theatre.

The Theatre on AmaMagna. Photo courtesy of AmaWaterways

Not only is the Theatre a venue to watch movies, as the name suggests, but it houses two gaming consoles – a Playstation and a Nintendo Switch. Most children retired to the Theatre after dinner each night to play Mario Kart. The Theatre is situated just behind the Lounge, so if parents want to head to the Lounge after dinner for evening entertainment, they can do so with their children separated but still nearby.

While some of the older children chose to go to the Lounge after dinner, most teens opted for Mario Kart instead. There were a many nights that the children ended up on the dance floor after gaming, and the guests seemed thrilled. These children were respectful of other passengers onboard, which made the dynamic feel more relaxed. No one seemed to be irritated by the children, instead enamored at how well-behaved they were, and, honestly, how incredible some of their dance moves were. 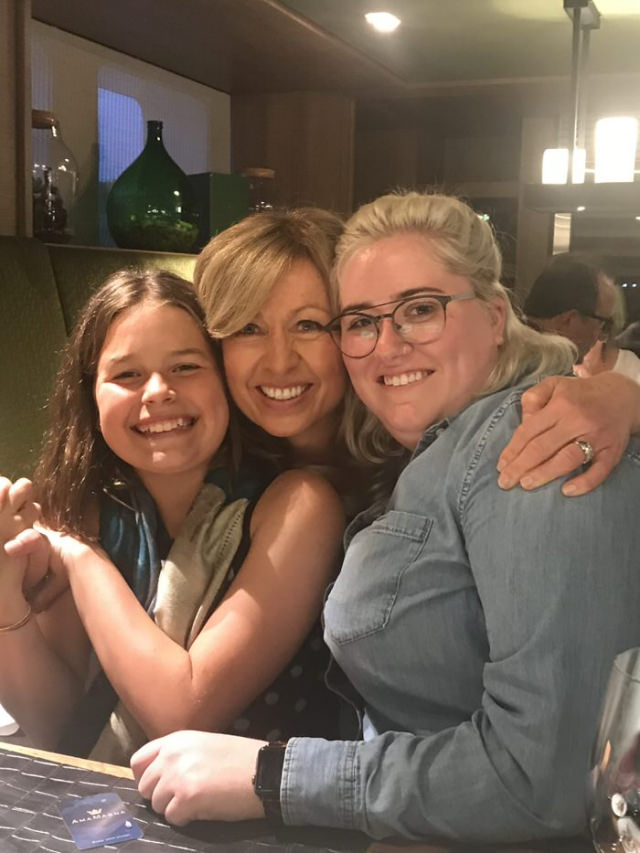 Riley, Kristin Karst, and me at Jimmy’s.

Eight-year-old Will and his 11-year-old sister Riley were among the children aboard. When I asked Riley about her experience on the ship, she said that she thought the ship was perfect for families, and even pulled in the family theme I wrote about in an earlier article stating: “I love a lot about this ship. My favorite dining venue is Jimmy’s because it’s family style, and we are all one Ama family.”

During my dining experience at Jimmy’s with Riley and Will, we encountered a slight problem. Plates are brought out and served family style – a wonderful concept for adventurous eaters, however maybe a bit challenging for picky eaters and children. When our fish entree arrived, neither of the children seemed to thrilled about it, and both dove straight for the gnocchi that accompanied the fish on the plate. Upon realizing the children’s gnocchi fixation, our server brought the children a bowl full of the pasta so they could eat it to their heart’s content.

AmaWaterways also features an “Always Available” section on each of its menus that features Caesar salad, grilled chicken, French fries, and more classic options. This attempts to assure that at every meal guests will be able find something that they enjoy eating regardless of the night’s menu.

I also took a moment to chat with some of the parents on the ship to see what they thought about river cruising with children. I happened to catch up with the ship’s godmother and mother of her own six-year-old twins, Samantha Brown.

When asked about how her young children felt about river cruising she said: “They’re in the age group, being six years old, that all they want is a pool.” We mentioned that her children were quite young for a river cruise, and they may be hard-pressed to find something to keep their attention, especially as Brown fulfilled her godmotherly duties.

What I found interesting, though, is that Brown was joined by a nanny. She mentioned that she only travels with a nanny when she knows she will have to work, as not to leave her six-year-old children to fend for themselves as she attended meetings and partook in various events onboard. Having babysat through my high school years, I have traveled with many families on vacations so that the parents could have time by themselves to go to the beach or out to dinner without having to be responsible for their children every step of the way.

The reason I mention this is because AmaMagna has a significant number of third and fourth berths, as well as adjoining cabins. This makes it easy for parents to be in one room, and the nanny to be in another with the kids. These cabins also make it easier for families with more than two children, or for families that want an adjoining cabin with their children.

Brown also noted that her children are “very acclimated to going with the flow,” following that with, “I think that’s what every good traveler does well.” She followed that thought by stating: “There is no kid’s club where everything is force fed and all you have to do is react. They have to meet the experience halfway and be a part of what makes it fun, and I think it’s a great lesson.”

In their time away from the pool, the twins were able to find the board games on the ship and spent a good portion of their time aboard playing games. They also managed to make friends with some of the bigger kids and spend time with them.

All in all, the kids onboard AmaMagna seemed to be amused and entertained, whether by the pool or themselves, at most times. At age 14 I took my first river cruise, and to this day it is one of my favorite trips I’ve ever taken. River cruising can be such a wonderful opportunity for children, it is just about finding an itinerary, ship, and cruise line that works for you and is going to meet your children’s needs.

Could AmaMagna be that ship? I think so.