Choosing to river cruise alone is an interesting choice. Perhaps made more interesting when you are only 23 years old, and know that most of your shipmates are going to be much older than you – probably averaging at about double, or even triple, your age. 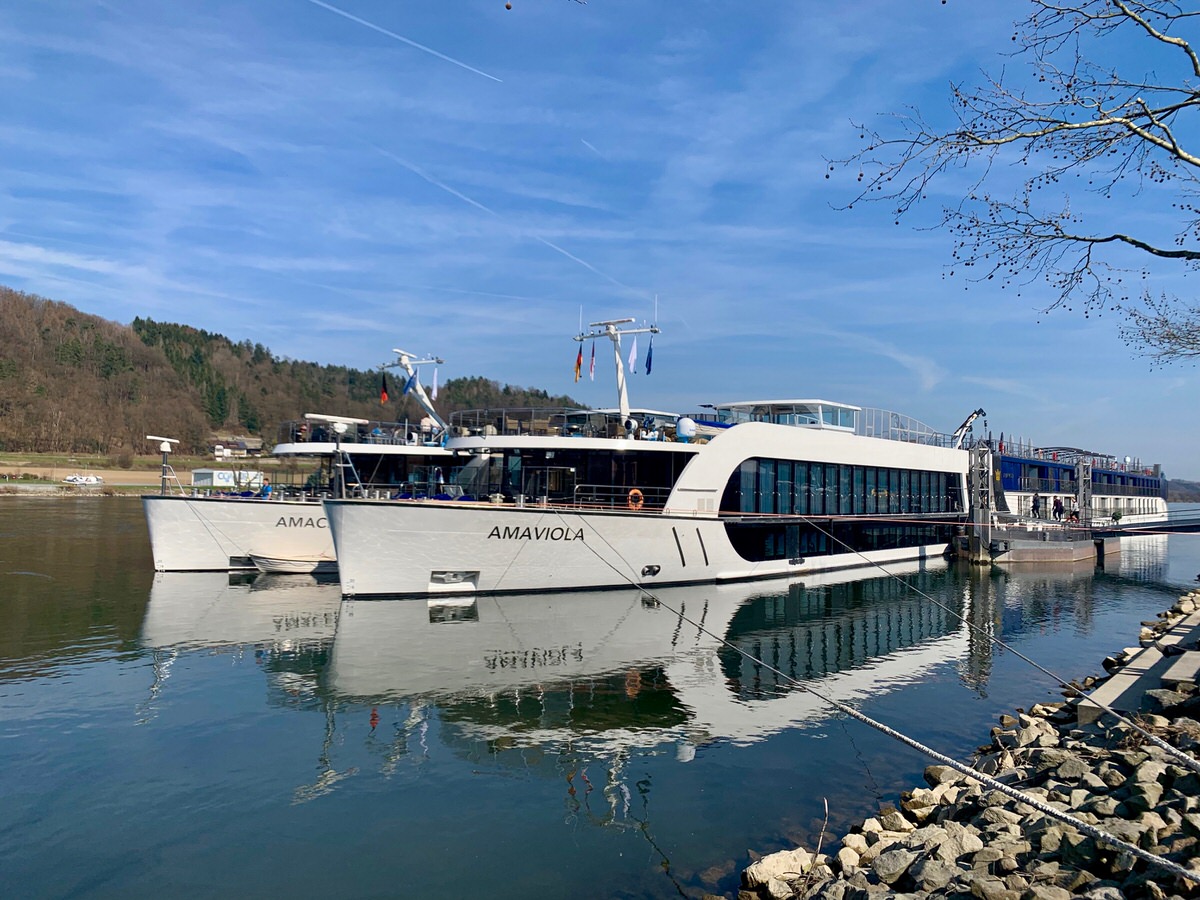 I knew, however, that this was something that I wanted to do. On River Cruise Advisor, we oftentimes get questions from readers about traveling solo, and while I have done ocean cruises by myself before, I had never independently traveled the rivers of Europe. So when I was invited by AmaWaterways to sail the Danube aboard AmaViola, I said yes immediately – knowing that I would be going on a river cruise by myself for the first time. I didn’t think this would be an issue due to my chatty nature – but would my mind change once I was on the ship alone?

When I was 14 I sailed the Mekong with my father aboard AmaWaterways’ La Marguerite, which has since been replaced with AmaDara. Even at the age of 14, I was going around the ship making my own friends, and removing myself from my father’s dinner group. There were so many people on my Mekong cruise that were willing to spend time with me; in fact, I met a married couple who I accompanied at dinner a few nights, and also ashore once. Needless to say, I was confident that I would make my own way during the AmaViola cruise, and make new friends in the process.

Fast forward nearly a decade later. How easy would it be for a solo traveler, and a young one at that, to feel at ease on a ship full of couples? Would I find dining companions? Is river cruising even a worthwhile experience for single travelers? Or is the single traveler left feeling all alone? This week on AmaViola, I’ll try to answer these questions and describe what a sailing as a solo traveler on AmaWaterways is like. 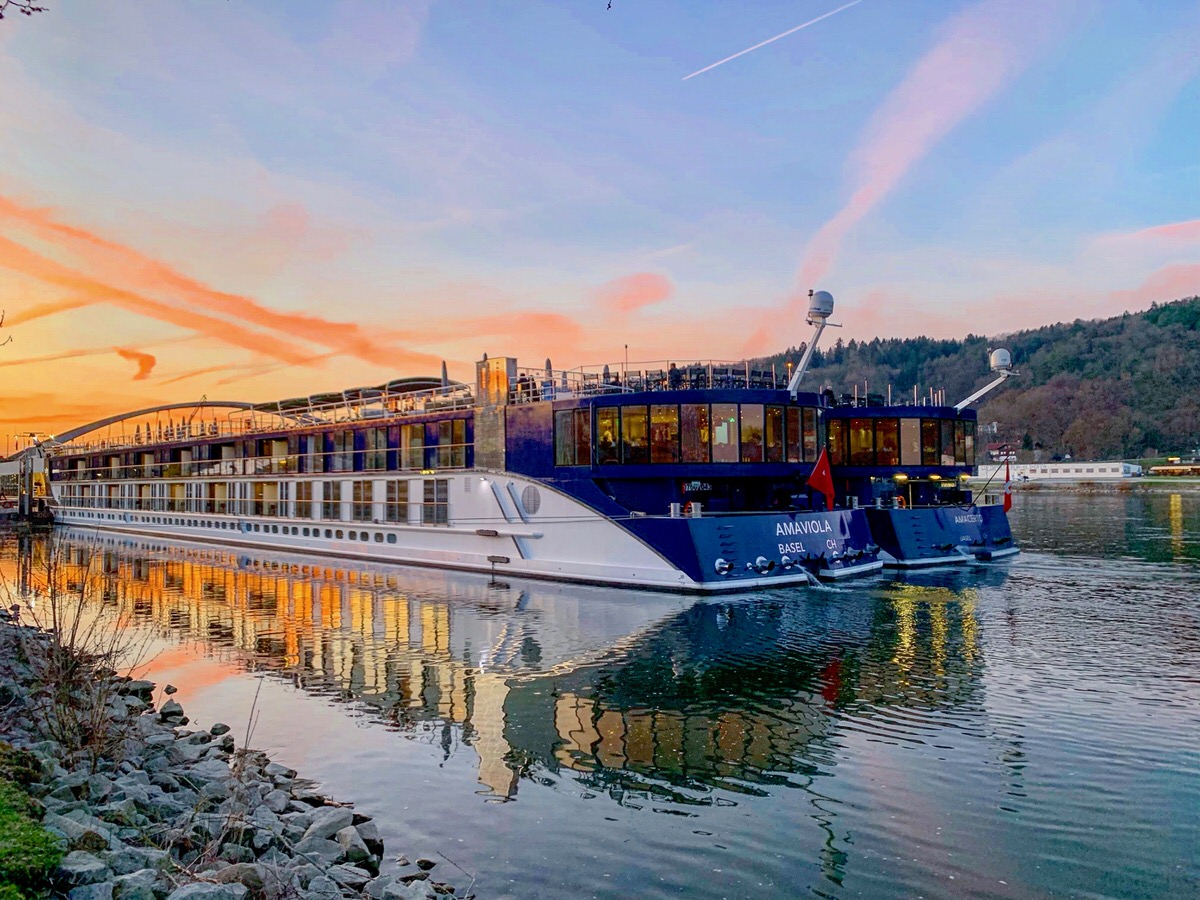 The first day aboard the ship was long. Of course, when you fly into another time zone on the first day of your sailing, you will be exhausted. If you can, try to do what Ralph did for his upcoming cruise aboard Ponant. He was able to save enough money on airfare to foot the bill for a short stay in the south of Sweden. See Airfare Hacks: Cheap Business Class Tickets For Your River Cruise

My plane arrived in Munich at 10 a.m.  After grabbing my bags and passing through customs, I made my way to the AmaWaterways’ meeting point and got onto a bus that would bring me to the ship in Vilshofen, Germany. The bus arrived ship side at around 12 p.m.

Like hotels, ships have designated check-in times. On this sailing, we were unable to go to our staterooms until 3 p.m. Although this wasn’t a large issue for me, it may be something to consider when you are booking flights or making travel plans. I don’t ever get bored, so it wasn’t the fact that I was sitting around that bothered me. Mostly just that I felt gross after a long day of travel, and wanted to take a shower and change clothes.

Apart from not being able to change and shower, some people were upset because there was so much time to kill before we could get into our rooms. I decided to get over the fact that I wanted to clean up, and make my way to town. This was easy because we were able to drop our bags off at reception.

Before exploring town, however, I indulged in a few small bites that were offered in the lounge. There were two types of pasta, salad, and other snacks.

I didn’t see much of Vilshofen. Just a short walk by myself around the river bank and then up through town. Although the town seemed small, it was busy – maybe in part because the weather was gorgeous. People gathered along the river banks with friends, just sitting out enjoying the view.

Into My Stateroom, Warm & Inviting

After walking around Vilshofen, I arrived back to the ship and walked straight to my stateroom. My bags had been brought into my cabin prior to my arrival by AmaViola’s staff.

Having sailed with AmaWaterways multiple times before (including a Christmas Markets cruise), walking into my stateroom made me feel at home. But even as a first-time river cruiser, you likely would feel the same way. The dark wood walls are warm and inviting, and the large windows provide beautiful natural light.

I was in a category BB stateroom. This room is a mid-size cabin at 210 square feet. Looking around, I felt that the room should be more than enough room for a couple. For a single, it was practically palatial. I packed heavily, and am had no problems at all with storage.

The staterooms aboard AmaViola are less vibrant than the public areas throughout the rest of the ship. While staterooms feature bright colored runners on the bed, the carpets and furniture are cool toned.

My stateroom featured AmaWaterways’ twin balconies, which is comprised on a sitting area in my room with a picture window, as well as a sitting area outside on a true balcony. This concept allowed for the feeling of a true, full balcony, without sacrificing stateroom size. It is nice to sit in front of the window and read a book, especially at this time of year when it can be chilly in the mornings and at night.

I showered, which felt heavenly, and set out to explore the ship. AmaViola has two dining options. The main restaurant and, aft, the Chef’s Table. Both of these options are included in your cruise fare, although you must make a reservation to dine at the Chef’s Table. The first night, I was invited to dine in the Main Restaurant at the Captain’s Table.

Dinner was, as always aboard AmaWaterways, spectacular. Not only was the food good, but the service was wonderful. There is a familial feel, not only between the members of the staff themselves but also between the staff and the guests. It feels as if everyone is working with each other, not as if the staff is working for each other or for their guests. I am not the type to enjoy someone who bows down at my knees and makes my happiness their sole focus, but if I were, I’m sure the staff on AmaViola would have provided that experience as well. 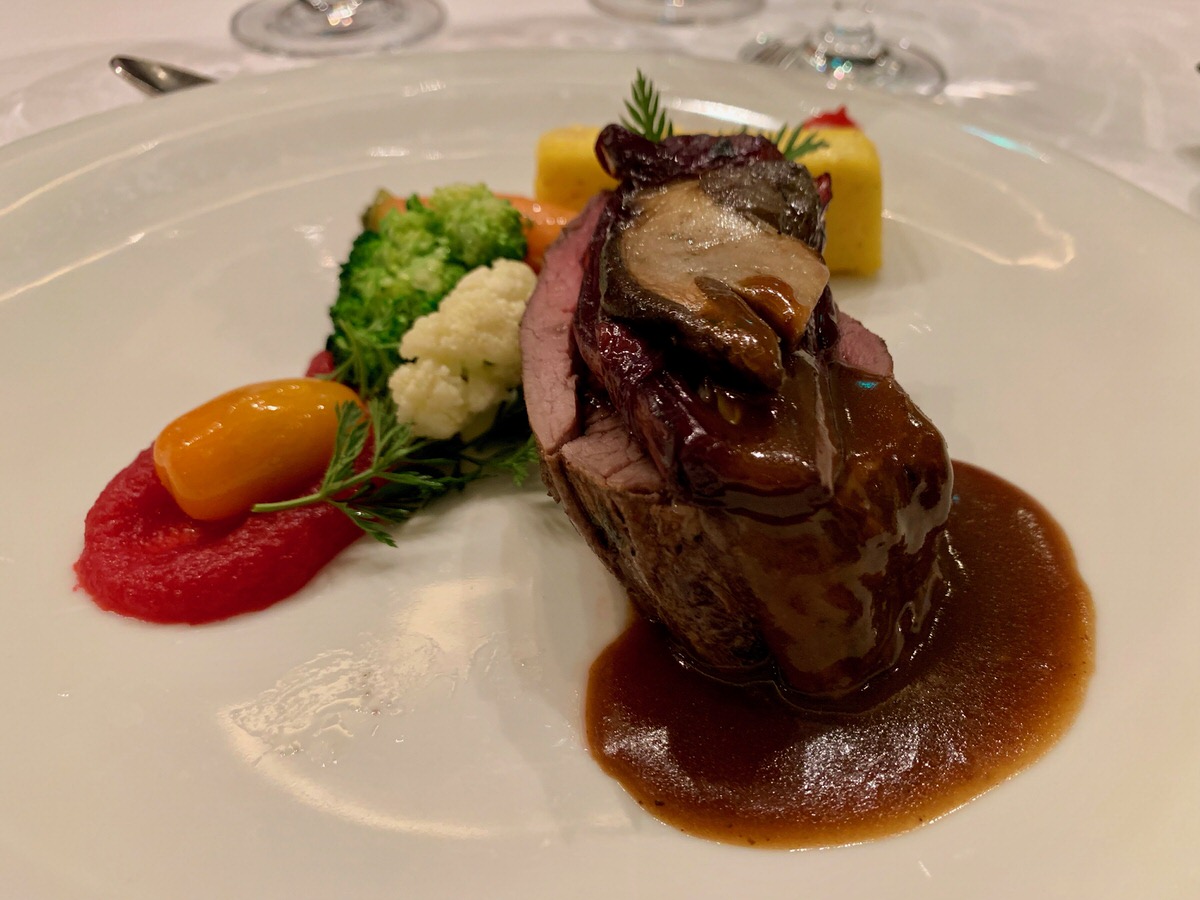 Dinner on AmaWaterways features four courses, but you are not obligated to eat all four. I wanted all four, though, because they were all so delicious. I had coconut shrimp cake for my appetizer, tomato consommé, beef tenderloin, and a cheese plate. At each dinner, there is always a sorbet entremet to cleanse the palette.

Dinner the first night was hard. Of course, being at the Captain’s Table was special, but everyone at the table was so tired that there was not much conversation. Conversation is also tricky on the first night of a sailing in general. People don’t know each other yet, but after a few days, it seems like you can’t get the people around you to stop talking. As your cruise continues, you get more adjusted to the time change, which allows for a more lively dinner with new friends.

After dinner, I headed to the lounge for a bit to listen to music. Quite a few of my fellow cruisers found their second wind, dancing the night away. I was exhausted and decided to return to my stateroom. As my head hit the pillow, I reflected on my day. Although the day had been long, and I had concerns about traveling alone, I am so glad I made the decision to take this trip. What would tomorrow bring? I couldn’t wait to find out.