You are here: Home / Cruise Companies / Tauck / Tauck Will Host Two Celebrity Chefs On The Danube

Guests on two Tauck Danube River cruises later this year will be treated to a host of culinary experiences, as each sailing will be accompanied by a noted celebrity chef. 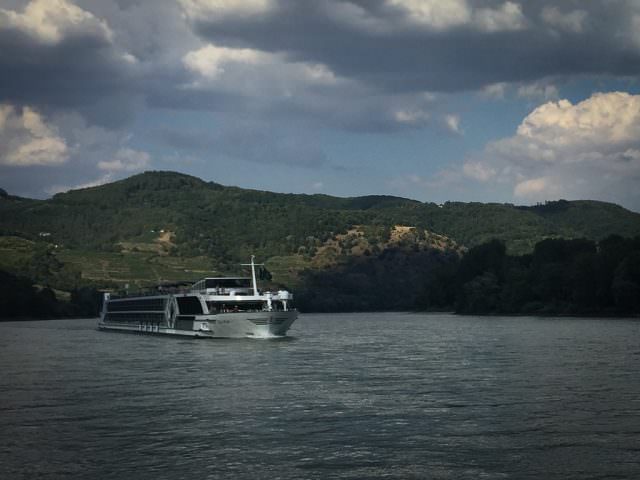 Chef Manfe is the season-four champion of the popular television series MasterChef. MasterChef is a competitive cooking show judged by chef Gordon Ramsay, restaurateur, and winemaker Joe Bastianich, and chef Graham Elliot. Chef Manfe is also the author of the cookbook My Italian Kitchen, which highlights the culinary traditions of his native Friuli region in Italy.

During Tauck’s Blue Danube cruise, Chef Manfé will be hosting onboard cooking demonstrations and tastings highlighting Italian culinary traditions, and he’ll prepare a five-course chef’s signature dinner paired with wine. Chef Manfé will also be available throughout the cruise to interact with guests, answer questions, and share cooking tips.

Chef Jacques Haeringer has been featured on national television shows such as NBC’s Today Show and The Talk on CBS, and he has hosted culinary programs on PBS and the History Channel. He is also the author of two cookbooks, and his articles and recipes have appeared in numerous magazines including Bon Appetit, Gourmet, Cooking Light, and Southern Living.

Chef Haeringer’s restaurant, L’Auberge Chez Francois, specializes in Alsatian cuisine, and it has been a star of the DC metro area culinary scene since it was first opened by Haeringer’s father in 1976. Chef Haeringer and his staff have won a number of awards. During Tauck’s Danube cruise, Chef Haeringer will host special tastings and dinners, share insights on French cooking and culture, and tempt guests with onboard cooking demonstrations featuring locally sourced products.