The American Queen Steamboat Company invites guests to enjoy the heritage of the Columbia River this fall. Due to popular demand, three new cruises on the American Empress have been added to the boat’s 2018 schedule with five-day sailings departing out of Portland for a round-trip voyage. 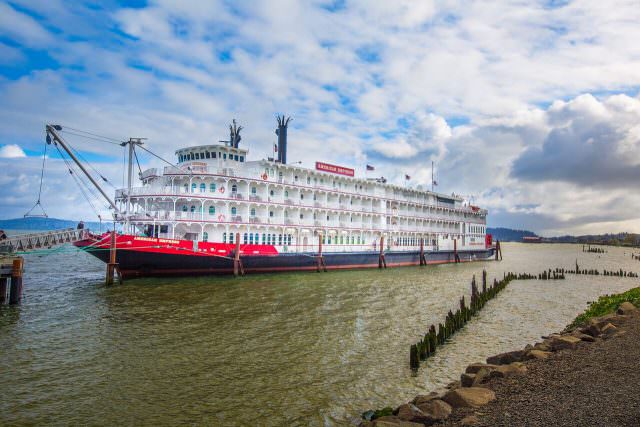 “Fall is a special time in the Pacific Northwest, and we’re happy to offer more sailings this year aboard the American Empress,” shares Ted Sykes, President and COO of American Queen Steamboat Company. “These five-day voyagers are perfect for travelers with busy schedules who may be looking to sample river cruising for the very first time…”

These voyages will include special off the boat events including an evening with the Columbia River Symphony at the historic Liberty Theatre in Astoria, Oregon during the November 24th voyage. Here, American Empress guests will be treated to an evening of classic and modern music. Another highlight will be an old-fashioned sock hop at the National Neon Museum in The Dalles, Oregon, during the November 28th and December 2nd voyages —a special night of music, dancing, and old-time fun amongst one of the largest collections of neon storefront signs in the world.

Below is a description of the recently added Columbia River cruises aboard the American Empress this fall. These sailings start at $899 per person.

Fares on Columbia River sailings with American Queen Steamboat Company begin at $599 per guest. All journeys include a one-night pre-voyage hotel stay, shore tours in all ports, complimentary wine and beer with dinner, and other amenities.