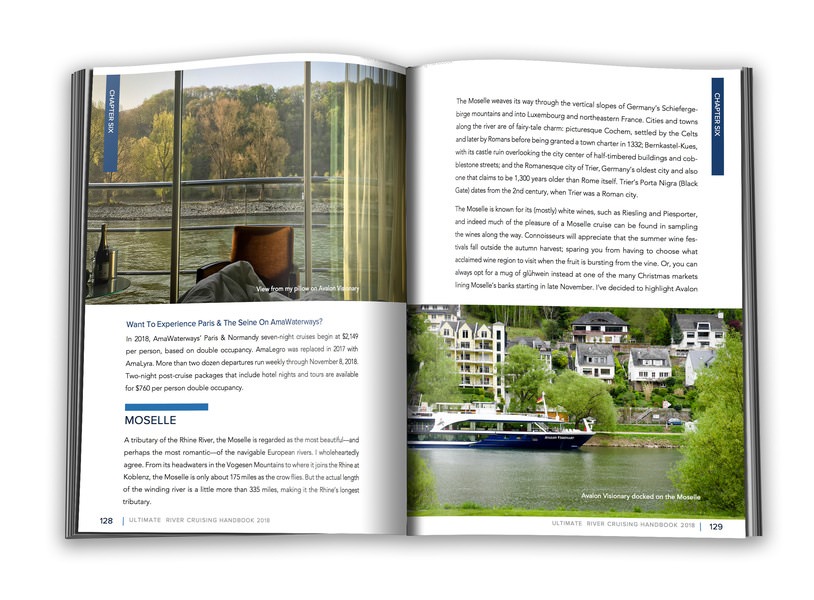 When is shoulder season? There are no set rules, but for the purposes of comparison, think April and May at the front end, and September, October and November on the back end.

My shoulder season 2019 price comparisons should be viewed as general guidelines for comparing prices across the major companies operating on a particular river (or region) in Europe or for a particular itinerary. The intent of the charts is to provide a baseline for matching a cruise company to your budget. I’ve calculated what I believe to be the “true per diem” for each cruise company, after factoring in, or out, the various items that are included, or not included, on a particular river cruise.

All prices and inclusions were current as of June 2018.

As always, I welcome your comments and feedback. While I try to get things right, I do goof now and then, which is why I am extremely grateful to readers who bring errors to my attention so that I can correct them as quickly as possible. And if you run into any bumps along the road (or rapids along the river) while doing your river cruise research, feel free to reach out to me using the comments form below. – Bon voyage, Ralph Grizzle