AmaWaterways announced its 2018 Wine Cruise lince-up with 50-plus itineraries hosted by North American winemakers, winery owners and expert oenologists. Designed to provide an immersive wine experience, AmaWaterways’ Wine Cruises blend the best of both New and Old World viticulture by offering guests access to some of North America’s top winemakers, and the opportunity to experience the iconic wine regions along Europe’s stunning waterways. 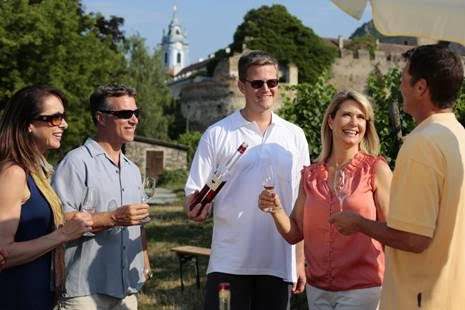 “Wine has always been a passion of mine, so to see our guests enjoy these educational and immersive experiences with such esteemed Wine Hosts is really rewarding,” commented Rudi Schreiner, president and co-owner of AmaWaterways. “Since introducing the concept of wine cruises more than seven years ago, we continue to see an increased interest from our guests, and plan to expand even further our partnerships with the North American wineries and wine experts hosting these incredible adventures.”

The variety of North American wine regions represented by the Wine Hosts, as well as the expertise and guidance shared during the trips, have contributed to making these Wine Cruises so popular. The 2018 line-up showcases enterprising husband and wife co-owners, families who share the passion and pride of wine making, as well as at least nine remarkable women who are making their mark in the wine business.