You are here: Home / Cruise Companies / CroisiEurope / 2018 Price Comparisons on the Danube

The Danube is the quintessential river cruise experience. Lined with some of Europe’s most historic and culturally-important cities, to cruise the Danube is to step back in time. Picturesque villages line its banks, with imposing castles and cathedrals rising up and falling astern as you cruise down this scenic waterway. 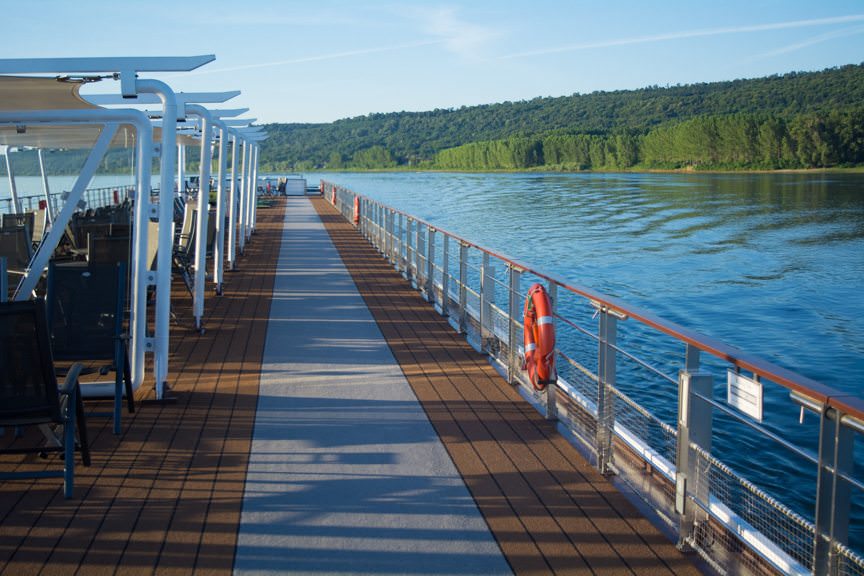 The Danube is also a busy river, with other river cruise ships and cargo vessels zipping past at all times. A vital European waterway, the Danube was finally linked in the 1990’s to the Main River via the Main-Danube Canal. Now, it is possible to river cruise all the way from Amsterdam to the Black Sea in a single journey.

At first glance, the sheer number of Danube river itineraries can be overwhelming. This can be made even more complicated by the fact that the Eastern Danube is typically referred to as a separate region unto itself; everything east of Budapest, Hungary can be thought of as the Eastern, or Lower Danube. 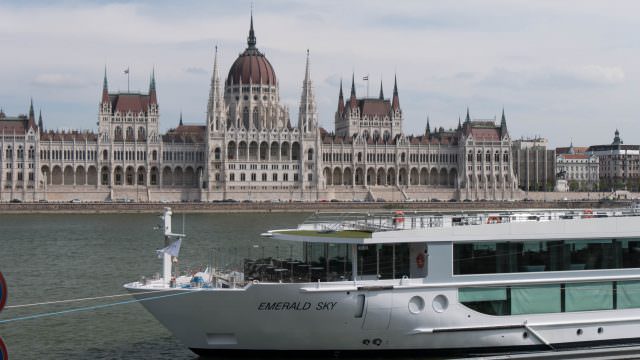 Emerald Sky docked across from the Parliament building in Budapest. © 2016 Ralph Grizzle

We’re taking a look at the Upper Danube – the region that stretches from Regensburg, Germany to Budapest, Hungary. This is the “classic” Danube river cruise itinerary. Some lines will offer voyages from Nuremberg to Budapest; or from Passau to Budapest. Others offer voyages that might sail one-way or roundtrip from the stunning city of Vienna, Austria.

In the table below, we’ve tried to pick similar itineraries leaving on similar departure dates. In some instances, this isn’t always possible. Some river cruise lines don’t offer shorter weeklong river cruises, so in that case, we’ve used the most appropriate itinerary available for the purposes of these price comparison tables. 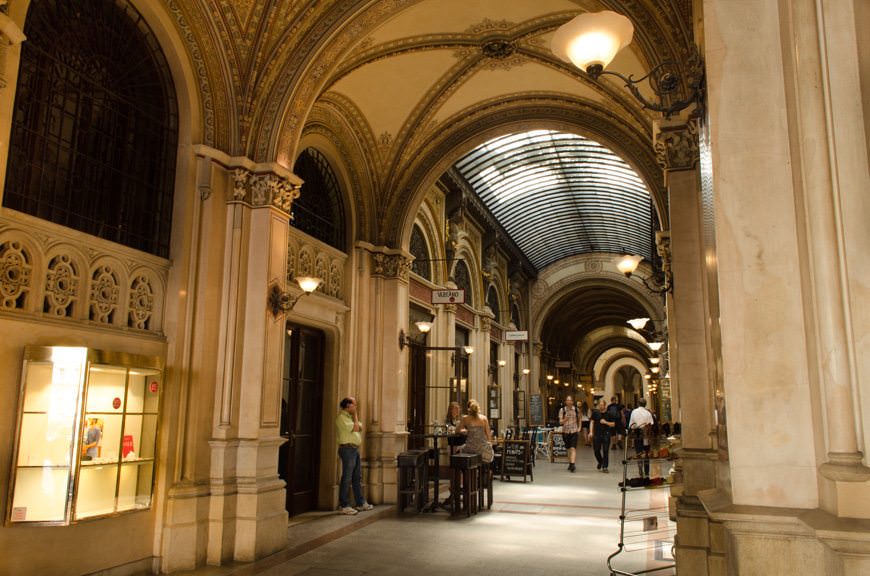 What’s really interesting with some of these numbers is that longer, more expensive sailings can sometimes offer a better value in the long run. Even more interesting is the fact that the longest voyage on this table – Tauck’s 12-night Danube river cruise – is already sold out, nine months in advance.

It is also worth considering the average per diem of these river cruises, purely on the raw cost of the cruise. AmaWaterways, which delivers a wonderful, semi-inclusive river cruise, is only $41 dollars less per day, per guest than all-suite, all-luxury Crystal River Cruises is on an eight-day voyage down the Danube. Both are great options, but it is really going to come down to your own personal preferences in order to choose between these two companies. 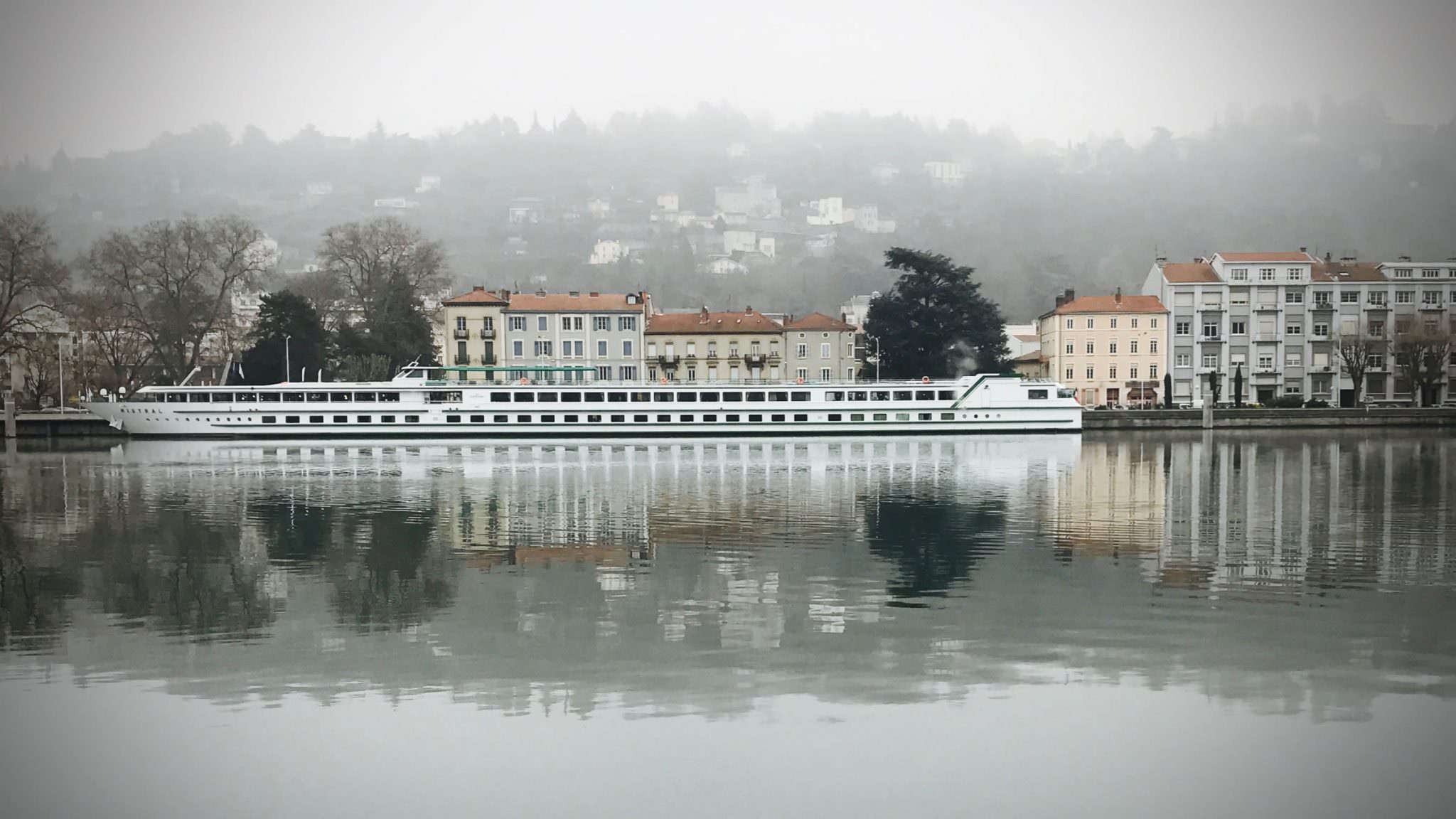 CroisiEurope proves itself to be the price-leader on the Danube with its ultra-affordable voyages. © 2016 Ralph Grizzle

The price-leader on the Danube continues to be family-owned CroisiEurope. Aimed primarily at European travellers, adventurous North Americans will love the line’s European styling and value-priced offerings. Don’t expect anything lavish or luxurious like Crystal or Scenic, but do expect a very solid, uncomplicated river cruise at a price point that’s tough to beat.

A look at some June 2018 voyages along the Upper Danube:

Comparative summer 2018 pricing for river cruises on the Upper Danube. I looked for staterooms of equivalent size and features, namely those with French balconies or step-out balconies. Prices were obtained from cruise company websites and may not reflect current incentives. Additional charges were estimated in some cases, such as for laundry and beverages, and obtained from the cruise company websites.

* Emerald Waterways and Viking River Cruises include at least one shore excursion in each port of call, with optional excursions for a fee.

^June 2018 departures with Tauck are sold out on the Danube itinerary we selected; the next suitable departure was selected.