You are here: Home / Cruise Companies / My Favorite River Cruises Of 2016: Sampling Bordeaux On CroisiEurope 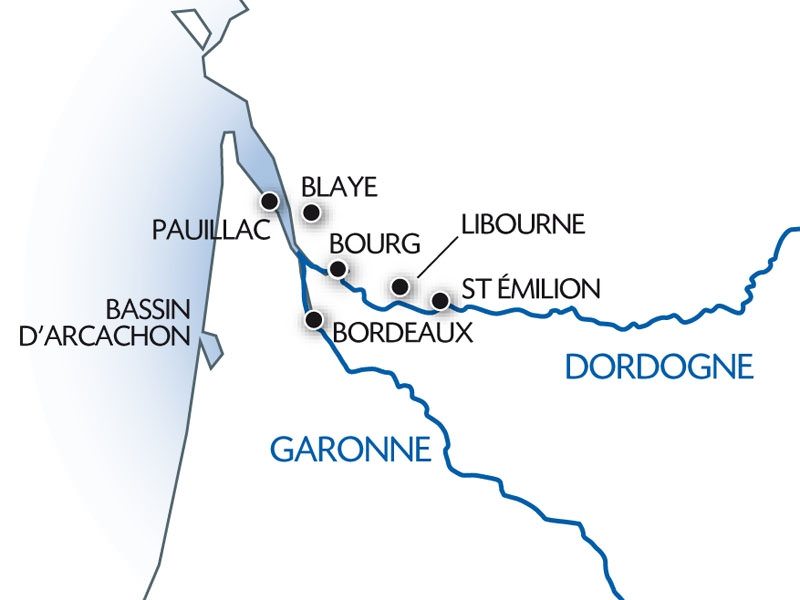 As I have written many times before, CroisiEurope impresses me with its French flair and inventive itineraries. For example, CroisiEurope is the only company that I know of that offers Bordeaux cruises of four different durations. The company operates two ships in Bordeaux, Cyrano de Bergerac and Princesse d’Aquitaine, on 5-, 6-, 7- and 8-day cruises.

My four-night/five-day sampler cruise provided only a taste of Bordeaux on Cyrano de Bergerac. That is too short of a cruise for those who endure a trip across the Atlantic but perfect for pairing with overnight stays in Bordeaux.

My recommendation? Book a night or two at the Intercontinental Bordeaux – Le Grand Hôtel, a five-star hotel in the heart of Bordeaux, and also a night or two (post-cruise) at Les Sources De Caudalie, a five-star hotel surrounded by the vineyards of Château Smith Haut Lafitte, about 8 miles from Bordeaux. The hotel also features a spa with treatments and therapies using products from grapes and grape seeds.

Bordeaux is a beautiful cruising region and unusual for European river cruises in several ways. First, the city of Bordeaux serves as a hub, with the destinations spoked out along (also unusual) three waterways, the Dordogne and Garonne rivers, and the Gironde estuary.

Second, tidal fluctuations impose strict timetables on ships, and the region is subject to an unusual natural phenomenon, the Mascaret, a strong tidal “bore” that causes waves sometimes large enough for surfing.

River cruises begin in the city of Bordeaux, where ships dock along the waterfront, typically overnighting, and depart the following morning to visit a handful of ports of call during the next several days.

Our first stop was Libourne, where we set out for Saint-Émilion, just a few miles away. Our tour included a visit to the Monolithic church, carved into limestone cliffs and mostly underground, and a wine tasting at one of the Saint-Émilion vineyards.

After a late afternoon of scenic sailing, we made it back to Bordeaux for the evening. The next morning we cruised to Cadillac to visit the impressive Roquetaillade Castle, set on a stunning hilltop about 30 minutes away by motorcoach. The castle excursion included guided tours around the grounds and inside the castle. After lunch back on the ship, we visited a vineyard producing Sauternes for tastings of the renowned sweet wine.

As we were sipping Sauternes, the ship returned to Bordeaux to overnight again before disembarkation. We would catch up with Cyrano de Bergerac by motorcoach. It was a short but sweet cruise, adequate enough to get a taste of Bordeaux.

CroisiEurope’s Bordeaux sailings are a good pick for those looking for exceptional value or for those who want to combine a cruise with hotel stays before or after their cruises. CroisiEurope’s four-night Bordeaux cruises are perfect for that.

Links to my Voyage Reports

Next Up: On The Seine With AmaWaterways