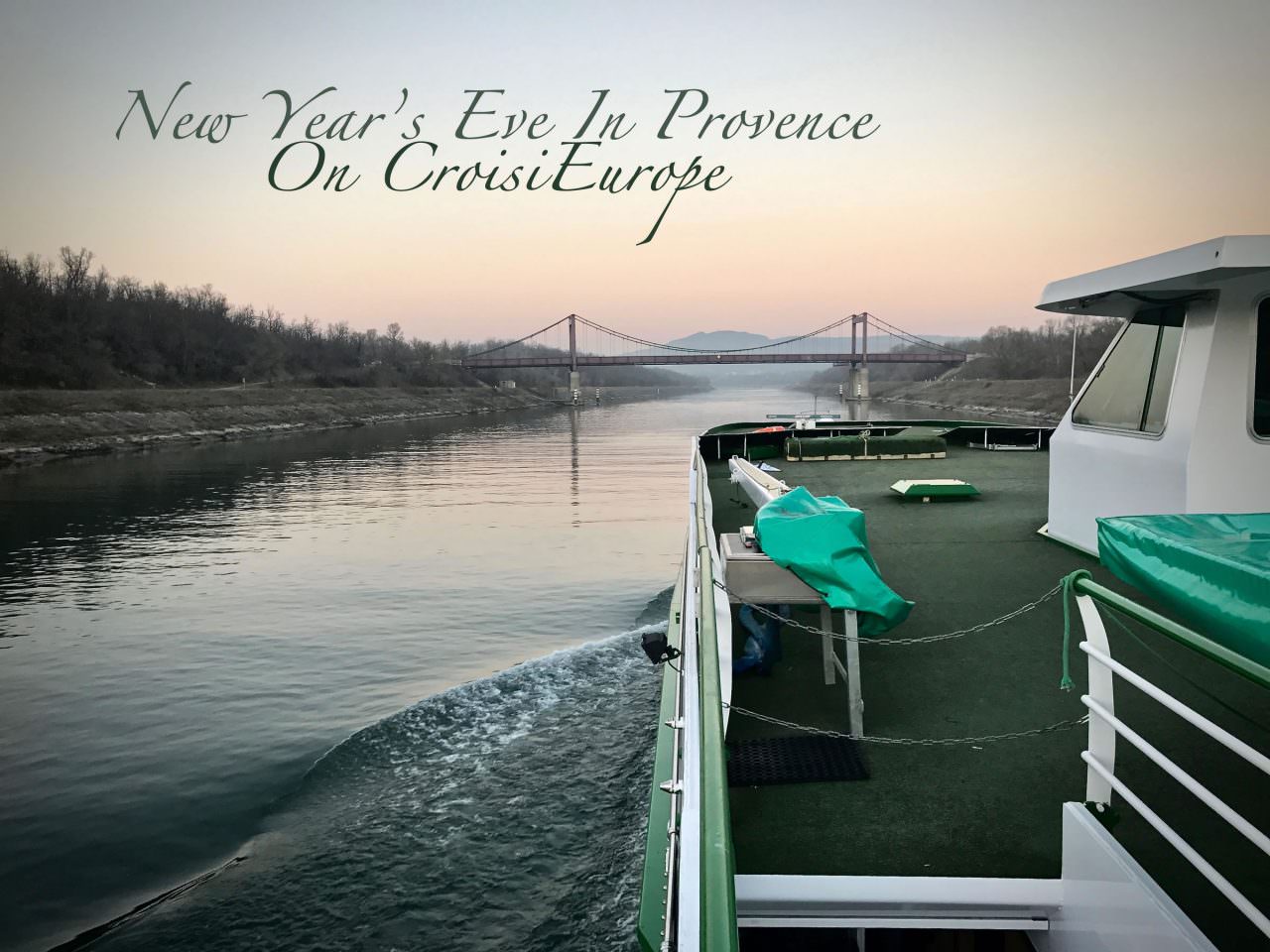 I spent the days after Christmas up until New Year’s Day in France. Part of my time was spent in Paris, where I visited a friend before heading off to Lyon to cruise into the new year with CroisiEurope.

Traveling by TGV rail, I arrived in Lyon two hours after leaving Paris. It was a pleasant trip and definitely the way to get between the two cities. Once in Lyon, I paid about a euro to take the tram from Gare Part-Dieu Villette (the train station) to Université Lyon I, where CroisiEurope’s Mistral was docked just a few steps away on the Rhone. 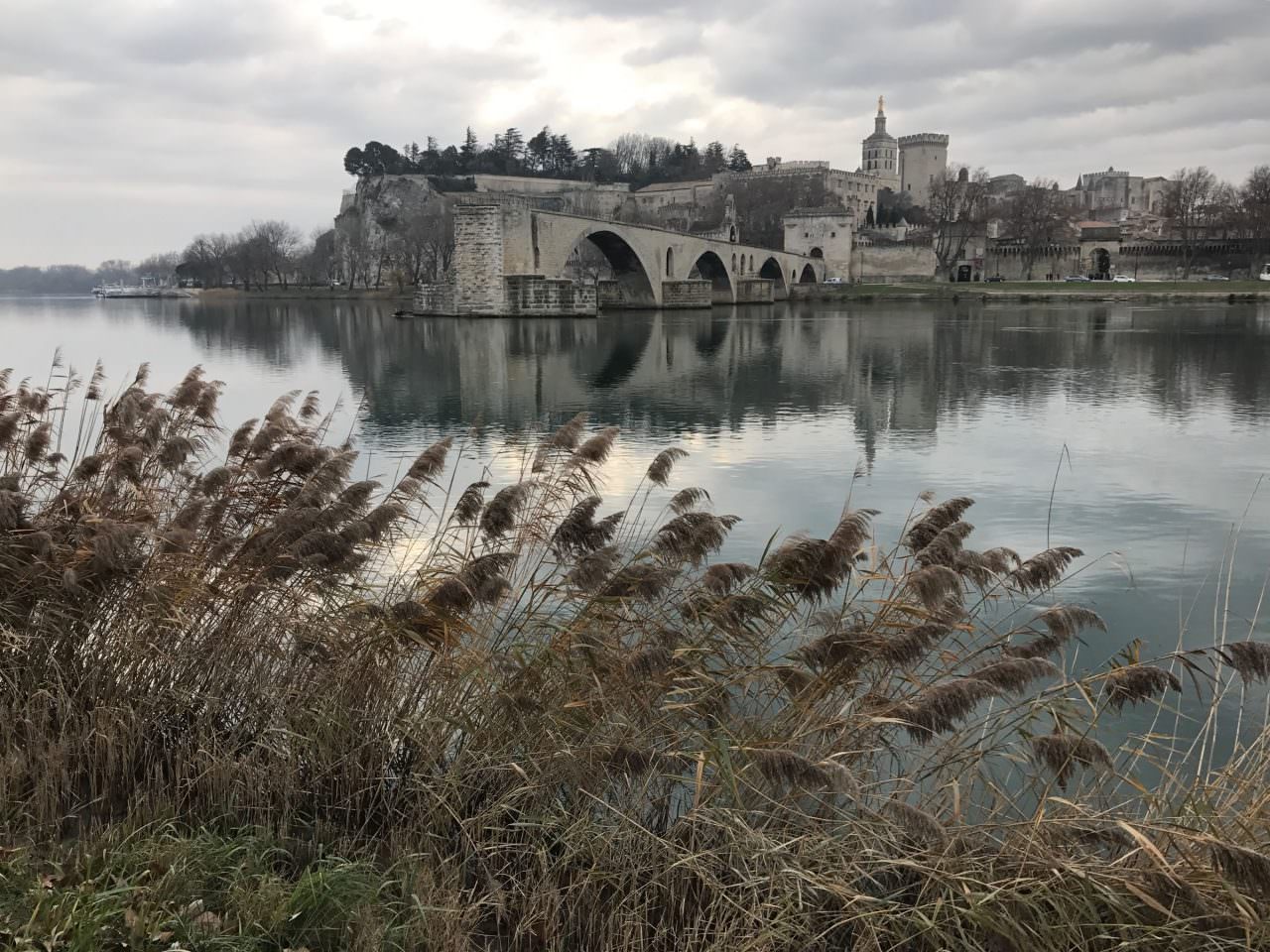 We visited Avignon where I went for a long walk to photograph the iconic Pont d’Avignon. © 2016 Ralph Grizzle

I love stepping on board a river cruiser. Only a few steps up the gangway, and voila, you’re on board. It’s so easy, and it’s one of the things I appreciate about river cruising, the ease of accessibility. At many of the places you’ll visit on your river cruise, you’re literally steps away from the city center or attractions.

I also appreciate Strasbourg-based CroisiEurope. Family-owned and operated, the company has a lot of ships, more than 50. As I’ve said before, the company’s all-inclusive cruises impress me with their French flair, inventive itineraries and innovative ships, including paddlewheelers that can operate on the Elbe and Loire. CroisiEurope also serves up one of the best values in river cruising.

But CroisiEurope is not for everyone. See my story: Is CroisiEurope Right For You? For starters, I was only one of two Americans on board. I am fine with that. I enjoy the international mix. My fellow guests were from France, Germany and Spain.

I give kudos to CroisiEurope for handling the mixed nationalities with aplomb, with announcements in French and German, and translated to the two Americans and four Spaniards by a wonderful CroisiEurope crewmember named Monika. She comes from Hungary and is fluent in both French and English.

CroisiEurope is different from the major river cruise companies in many ways. For example, unlike many river cruise companies, the only buffet offered on CroisiEurope is at breakfast. Lunch and dinner are served as fixed, sit-down affairs, with typically three to four courses. That said, don’t think you’re stuck with only one choice. Those cruising CroisiEurope should know that they can preview the menus the day before and order something else should they not like what’s being offered. My traveling companion Lou and I never strayed from the menu, on this trip or the last one (we cruised the Loire together a few years ago with CroisiEurope). Plate after plate, each course was delicious.

And why shouldn’t they be? CroisiEurope’s chefs have worked alongside such Michelin-starred greats as Paul Bocuse and Marc Haeberlin. The company’s head chef, Alain Bohn, was recently nominated as a member of the Maîtres Cuisiniers de France. This esteemed French association, created 50 years ago, includes only 250 chefs worldwide.

So while you might not have the menu selection that you’ll find on other river cruisers, rest assured that you’re going to have something that approaches gourmet French cuisine along with the ability to order something not on the menu. 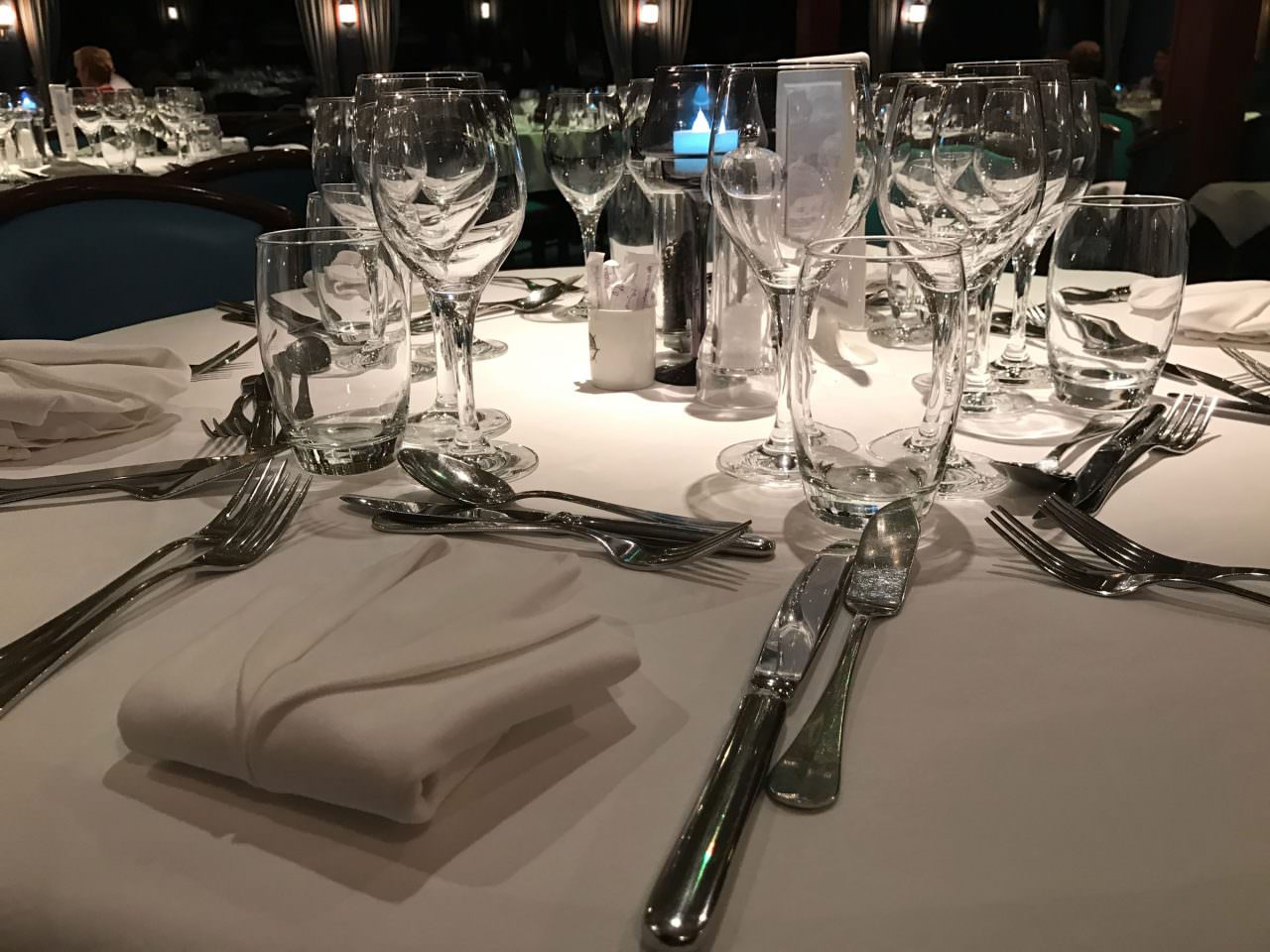 The cuisine is complemented by European wines (French on our trips), which come as part of CroisiEurope’s all-inclusive beverage package.  That package means you can order cocktails, beer, wine, soft drinks and sparkling wine at no charge at any time during your cruise, not just during lunch and dinner

Add to that a wonderful itinerary, which you can read about in The Only Two Americans On Board: CroisiEurope New Year’s Cruise In Provence. What a great way to ring in the new year.

CroisiEurope’s New Year’s in Provence itinerary has only one departure in 2017, from Lyon, France on December 28. The five-day cruise on CroisiEurope’s Mistral starts at  US$1,530. By the way, hotel rates in Lyon following the cruise typically dip to an annual low. I paid 89 euros a night at the Lyon Marriott, with lounge access, and a wonderful city park at my doorstep. Highly recommended for post-cruise exploration.

Link to my Voyage Report