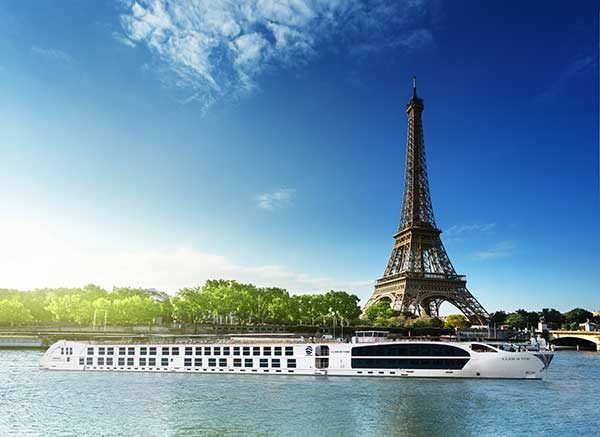 First, on the amenities front, Uniworld will begin including all port fees in the overall cost of the cruise for all 2017 sailings. The line will also introduce 24-hour room service and in-suite butler services, along with a new Concierge service that will let guests customize their river cruise experience to suit their needs.

These new amenities will also be added to Uniworld’s two brand-new European itineraries next year: the 10-day Rhine-Main Discovery & Munich, and the 10-day Paris & Impressions of the Seine.

“With the addition of two new compelling itineraries, new personalized onboard amenities and a new exquisite ship, Uniworld is excited to enter 2017,” said Ellen Bettridge, president of Uniworld Boutique River Cruise Collection. “We look forward to sharing all of these new offerings with guests in the coming year.”

The new Rhine-Main Discovery & Munich itinerary offers the flexibility to choose excursions based on guests’ individual interests. These include Uniword’s new Jewish Heritage program, which will include a half-day excursion to the former Dachau concentration camp near Munich. Guests will have the option to choose from a wide array of tours, from the new Jewish Heritage excursions to tours focusing on art, history, gastronomy and architecture.

Uniworld’s new Paris & Impressions of the Seine is designed to be similarly immersive. Weaving its way through the gorgeous countryside of northern France, guests will be able to explore the beaches of Normandy; travel along the Alabaster Coast to the port city of Le Havre, designated as a UNESCO World Heritage site and center of the Impressionist art movement, along with visits to numerous other ports of call. At 10 days in length, it’s an excellent itinerary for those looking for something beyond the more standard weeklong cruises typically offered in this region.

Next spring will also see the launch of the brand-new S.S. Joie de Vivre, which will operate the Paris & Normandy itinerary. Though she’s fitted with the “Super Ship” designation, she won’t be absolutely identical to her sisters, S.S. Antoinette, S.S. Catherine and S.S. Maria Theresa.

Instead, the new S.S. Joie de Vivre will be slightly smaller – 410 feet long instead of 443 feet like her sisters. But that small size is going to come in handy, as Uniworld has secured permission for the S.S. Joie de Vivre to dock right in the heart of Paris along the Seine River, as opposed to more out-of-the-way docking locations used by larger ships.

Uniworld says the design of the ship will “reflect the French ‘joy of life’ philosophy,” with a sumptuous interior décor that will channel the best of France and which will complement the farm-to-table cuisine served onboard, paired with locally-produced wines.

More details on the new ship and itineraries to come as they’re revealed.