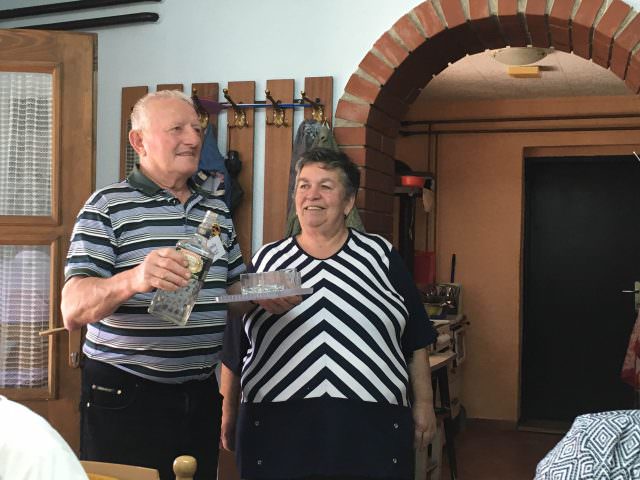 “Not one Brit complained.” That was how one of our fellow guests, a Brit himself, summed up a single event during our day in Vukovar & Osijek, Croatia. He was making a joke, of course, in suggesting how one might gauge the success of a home-hosted lunch in Osijek.

Indeed, all who I spoke with said the lunch in a traditional Croatian home was the highlight excursion of our trip on Emerald Sky so far. The so-called EmeraldPLUS excursion was included as part of a full-day tour that included a stroll through two Croatian towns — along with lunch before boarding Emerald Sky, which had sailed upriver to Batina, Croatia. 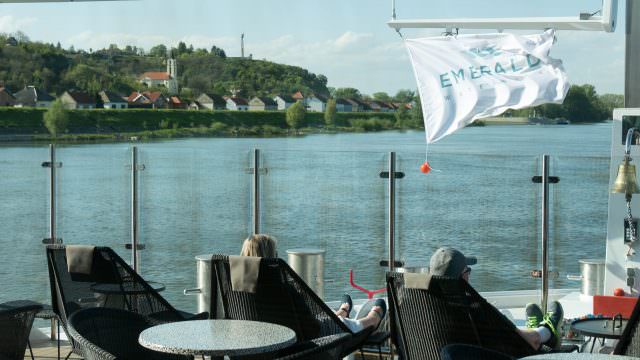 Enjoying a view of the Danube. © 2016 Ralph Grizzle

A confession: I didn’t get off the ship in Vukovar for the full-day excursion. I was torn about the decision but in the end I decided to sail with the ship. Why? I love sailing along the river during the daylight hours. Nothing beats the tranquility of being on a ship as it quietly motors along the river. Plus, I’d been to Vukovar a few years ago, and last year in Dubrovnik, I had enjoyed a lunch in a traditional Croatian home.

That’s the thing about river cruising. Every day, you can have a couple of competing and compelling choices. On some days, you’ll need to choose between tours that take place at the same time, such as the day I visited a school in Alfatar when others went to the Black Sea — or staying on the ship and doing nothing at all, or as I did today, simply enjoying the ride.

On the day that Emerald Sky sailed from Vukovar, it was gorgeous along the river, as you can see in the photos. Probably 18 or so of us stayed on board. We weren’t transiting a particularly long stretch of river. You could drive the 83 kilometers between the Vukovar and Batina in a little more than an hour, but Emerald Sky would take nearly seven hours to sail along the serpentine stretch of the Danube. Along the way, we’d meander past nature reserves, and I planned to be outside on deck. The day was warm, with lots of sun and blue sky. 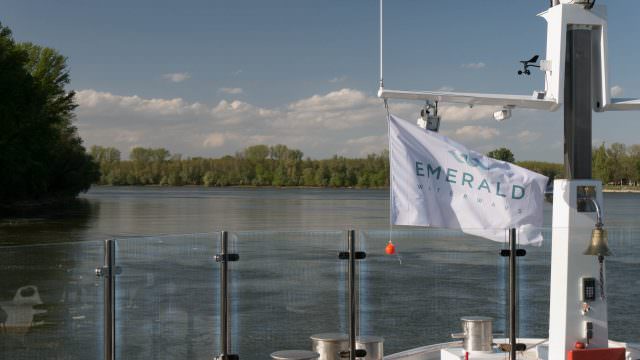 Sailing along the Danube. © 2016 Ralph Grizzle.

At 5 p.m. when Emerald Sky stopped in Batina to pick up the guests on tour, a Tamburica band came on board to entertain us with local songs played on traditional instruments. I listened for 15 minutes, then took a long walk through Batina and enjoyed the quietness of this small Croatian town. 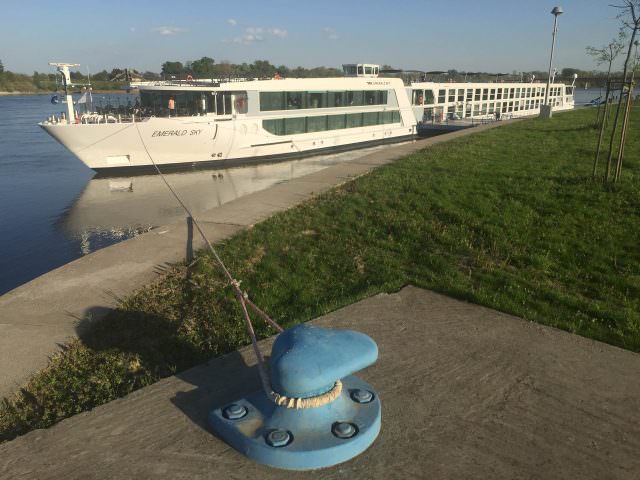 When the band disembarked at 6:45 p.m., we sailed toward the Hungarian border, where at around 9:30 p.m. immigration authorities came on board for a “face check” to match passports with guests before we headed back into Schengen Europe.

The authorities actually looked at our passports and at each face in order for us to be granted entry into Hungary.

The next morning we called on Kalocsa, one of the oldest towns in Hungary and famous for the production of paprika. We hopped on a motor coach to visit the Paprika Spice Museum, where we sampled many varieties of paprika and learned about the spice that is so associated with Hungary. I discovered that paprika is a red spice made from air-dried fruits of the chili pepper family. One of the highlights of our morning was being greeted by the “Paprika lady,” who spoke no English but greeted us in a way that anyone could understand was warm and welcoming. 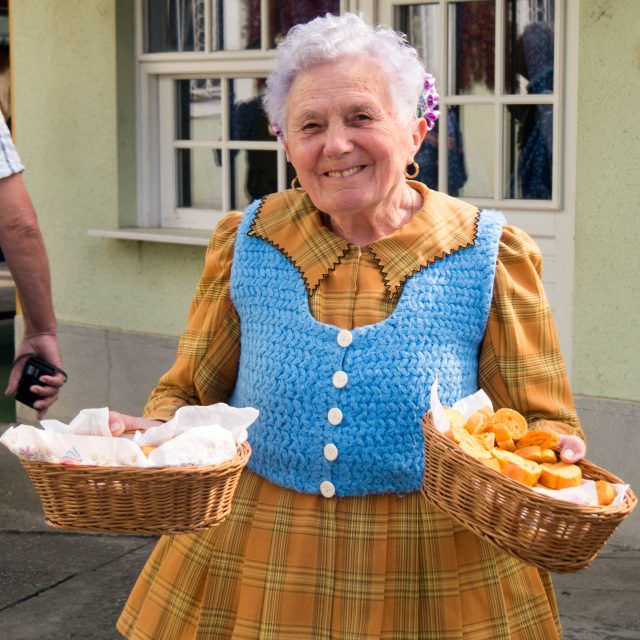 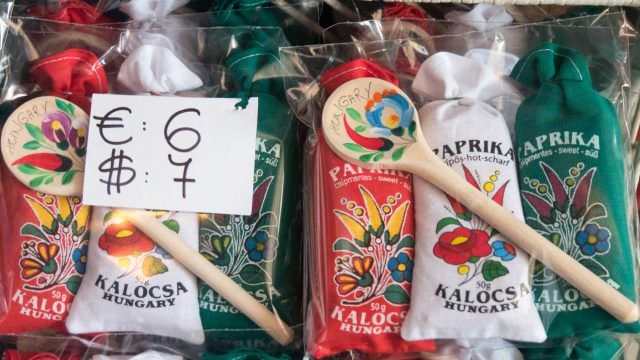 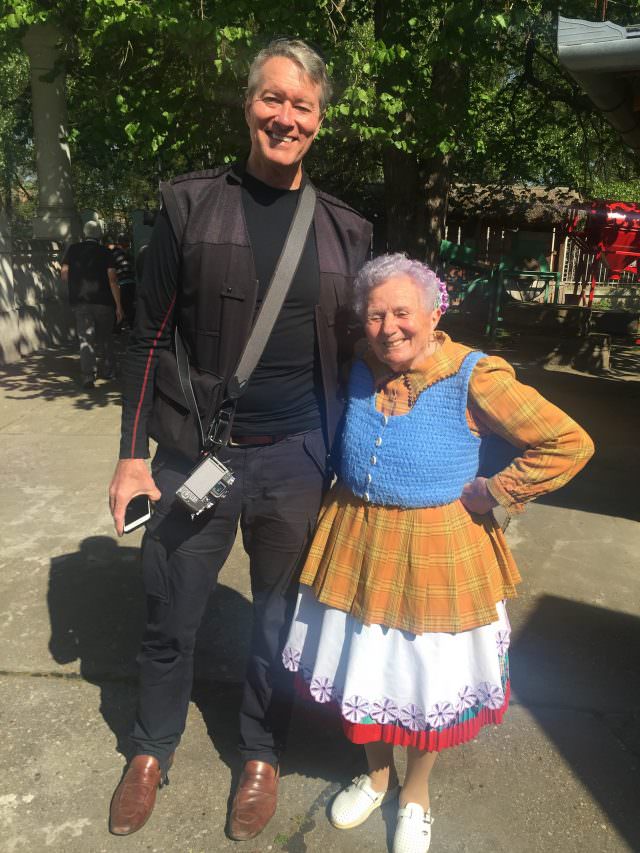 The long and short of it: I met the Paprika lady in Kalocsa, Hungary.

Afterward, we visited the Puszta Horse Farm to enjoy a performance showcasing the exceptional riding skills of the Magyar horseman. The skill of the riders was incredible, and the event was a nice complement to the “folkloric” Kalocsa we visited on this half-day tour. Note the skill of the rider (or stander) in the photo below. 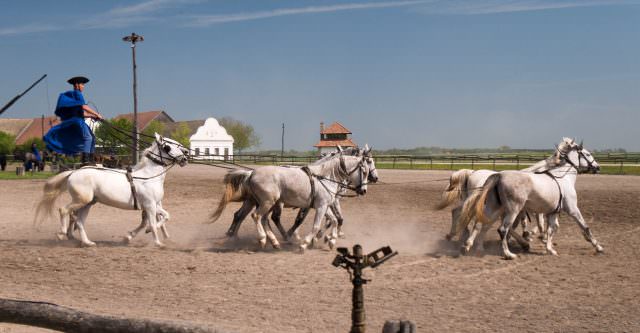 We returned to Emerald Sky and set sail for Budapest. This would be our last night on Emerald Sky, the end of an incredible journey through Eastern Europe from Bucharest to Hungarian capital. It was a gorgeous night, and again, with a group of friends, I enjoyed dinner in the restaurant with good food and wine — and the beautiful views of the river in the extra-large, nearly floor-to-ceiling wall of windows. 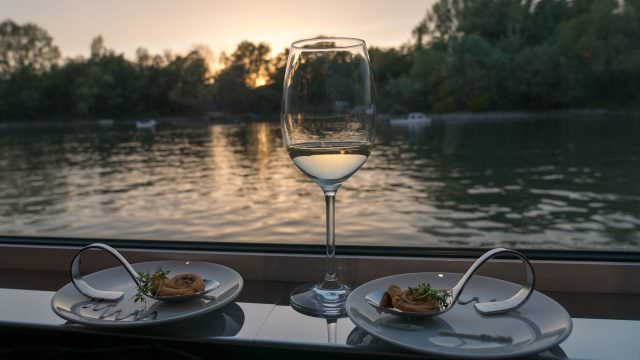 Underway on the Danube. © 2016 Ralph Grizzle

There was one big event remaining, our night sailing into Budapest. As you can see in the photos below, Budapest is stunning at night, with Castle Hill and the Parliament well lighted. We stood out on deck for about 30 minutes admiring the views. 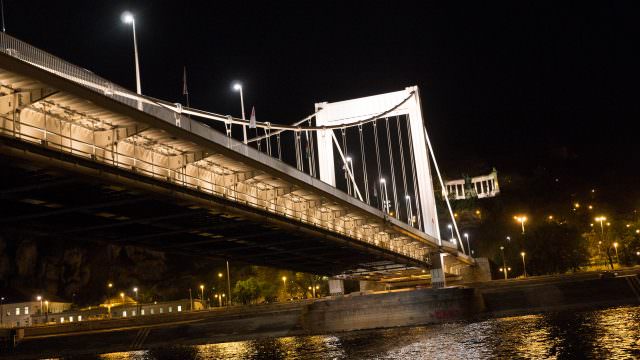 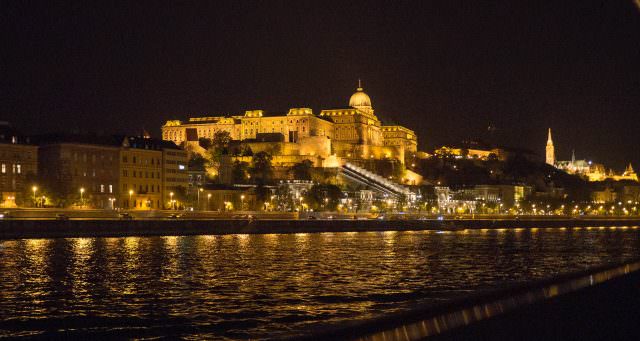 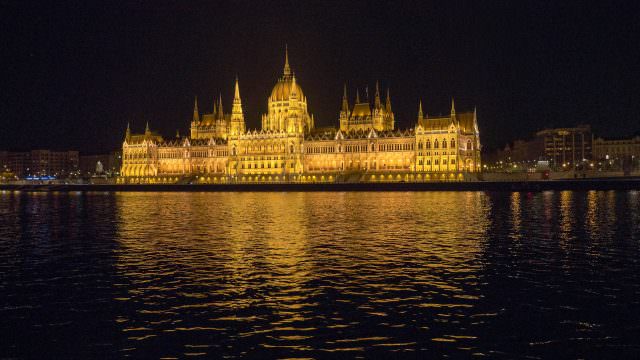 Tomorrow morning, I will step off of Emerald Sky and walk along the gangway for the last time to finish my Eastern European river cruise. It has a been a wonderful trip, full of memories from such exotic places.

Emerald Sky surprised me in many ways that I will discuss in a final wrap-up post. For now, I will simply say that the ship and the itinerary conspired to make for a perfect river cruise — one that I was not eager to see come to an end.