You are here: Home / Cruise Companies / AmaWaterways / One Company Exits The Elbe & Another Enters: Should You Consider An Elbe River Cruise? Plus, AmaWaterways’ Low Water Guarantee

The Elbe has always been a tricky river to navigate. Many who book Elbe river cruises return home disappointed because their ships were unable to sail due to low water. They end up sleeping on the ships and doing bus tours during the day. You can read quite a few subscriber comments about the realities and disappointments of cruising the Elbe here.

This year, the Elbe saw some of its lowest water levels ever, which prompted AmaWaterways to shuttle its plans to place a new ship on the river. The company was set to launch the new AmaKristina on the Elbe beginning April 1, 2017. But the low water levels forced the company to rethink its plans.

“The Elbe was a dream of mine, because I was born in Dresden,” says Kristin Karst, co-owner and executive vice president of AmaWaterways. “It is an extremely beautiful river valley, and we had a lot of demand.” 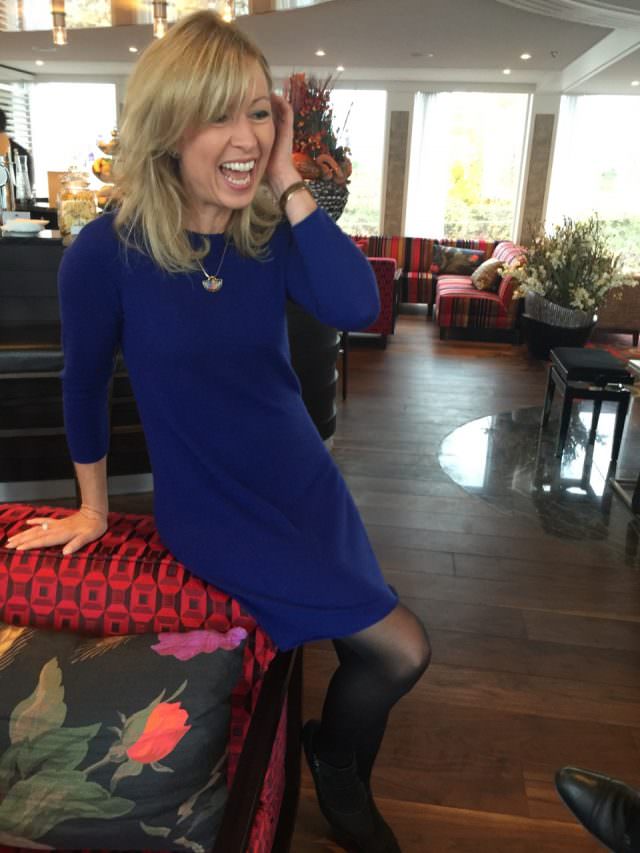 To navigate the shallow Elbe, AmaKristina’s draft was designed to reach only 80 centimeters. The Elbe, however, shallowed to 65 centimeters at one point this year. “We had the plans for the ship; we had a very low draft, but this year, the water level on the Elbe was even lower than the years before,” Karst tells me. “We decided it would be unfair to offer our guests sailings that may not happen. It was a dream, and we have always gone for our dreams, but if it is not realistic, we should not pursue it.”

AmaKristina will operate instead on the Main, Rhine and Danube beginning in 2017.

Karst also told us that AmaWaterways offers its clients a low-water guarantee of sorts. Essentially, for each day that does not go according to what’s outlined in the company’s brochures or on its website – in other words, if there are deviations – guests will receive a 100 percent future cruise credit for that day. If three days deviate, for example, guests will receive future cruise credits for three days.

CroisiEurope Confident That It Can Successfully Sail The Elbe

Strasbourg-based CroisiEurope is building a paddle-wheeler that the company says is capable of sailing the Elbe. CroisiEurope has some experience with paddle-wheelers and low water. Earlier this year, the company introduced the Loire Princesse, a paddlewheeler sailing the notoriously shallow Loire River. I cruised her in the spring and she performed well in water that was only a couple of feet deep at times. See my report, Loire Princesse, Day 6, Nantes, End Of Cruise, Summing Up. The Elbe Princesse, a sister vessel, will begin sailing the Elbe River in April 2016 between Prague and Berlin.

Elbe River cruise itineraries are between Berlin and Prague. However, the Elbe River is not located in either city. Embarkation takes place in Madgeburg or Dresden in Germany or in Mělník, Czech Republic. Although both Prague and Berlin are connected to the Elbe by one or more waterways, transportation to the river cruise ship is usually by motor coach rather than by boat.

Berlin is about 90 miles east of Madgeburg, and Prague is about 30 miles south of Mělník and 93 miles southeast of Dresden. All Elbe River cruise itineraries include one or more nights in Berlin and Prague.

About the Elbe River

The Elbe River begins in northern Czech Republic. It flows for about 670 miles in a northwesterly direction from Czech Republic through north central Germany. The mouth of the river is located about 70 miles northwest of Hamburg where it empties into the North Sea.

There are a few tributaries that link the Elbe to both Prague and Berlin. The Havel River flows through Berlin and is connected to the Elbe via the Elbe-Havel Canal just north of Madgeburg.

In Czech Republic the Vltava River is a tributary of the Elbe. The river flows through Prague before joining the Elbe River in Mělník.

River cruises on the Elbe River begin in either Germany or the Czech Republic. Itineraries are available from March through December, depending on the river cruise company. Currently, there are only two companies operating on the Elbe River and a third, CroisiEurope, will enter the market in 2016.

River cruises are between Madgeburg and Dresden or Mělník. For trips that begin or end in Dresden, a trip to Mělník is not included in the itinerary and a trip to Litomerice is by motor coach rather than by boat. Before and after the river cruise, there is an overnight stay of at least one night in Berlin and Prague or Dresden.

Read about the best choices for Elbe River Cruises.