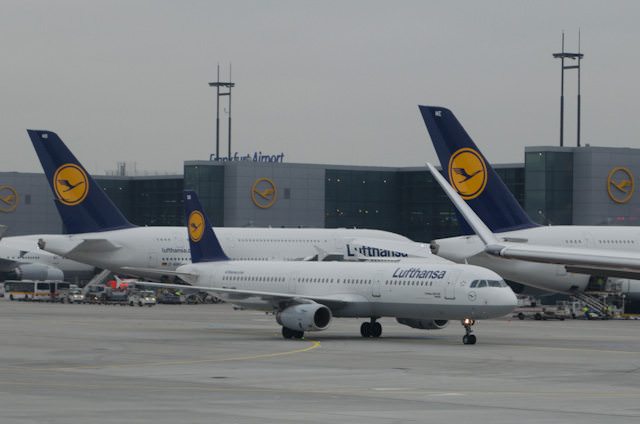 Once again, Lufthansa is on strike. Check your tickets – numerous flights are grounded through November 13, 2015. Photo © 2013 Aaron Saunders

Lufthansa estimates that the strike has affected 107,000 of its passengers, booked to travel to and from its hubs in Frankfurt, Munich and Dusseldorf.

Guests with cancelled flights should immediately call their travel agents or Lufthansa directly to look at re-booking options. Guests joining river cruises in Europe in the next few days would do well to contact their individual river cruise line to ask about the possibility of joining their ship at a later date and port of call, then working with Lufthansa to arrange that.

We’ll continue to update readers on the situation as it develops. With so many readers beginning to travel to Europe this month for the celebrated Christmas Markets river cruises that typically operate between November 24 and December 24, not to mention the European river cruise sailings that typically coincide with the American Thanksgiving holiday at the end of the month.

In the meantime, Lufthansa’s webpage on the situation can be found here. Booked guests who are scheduled to fly with Lufthansa this week should check their flight status before doing anything. Flights from Lufthansa Group airlines Lufthansa CityLine, Germanwings, Eurowings, Air Dolomiti, Austrian Airlines, SWISS and Brussels Airlines are not affected by the strike actions and will operate as planned.