On Cyber Monday (that’s November 30) Crystal Cruises opens the books for its five river cruisers. First out of the gate (or locks?) is Crystal Mozart, which begins Danube river cruises on July 13, 2016. Additionally, four new river cruisers begin sailing in 2017.

Let’s take a look at Crystal Mozart. Earlier this month, Crystal announced the purchase of the MS Mozart from Dertour, a travel company operating in Germany and Austria. Mozart had previously been in service for DDSG, Peter Deilmann Cruises and TUI.

I cruised on Mozart in 2008, operated at that time by Peter Deilmann Cruises. The décor throughout the ship was primarily in gold and rose with rosewood paneling. Original art gave an air of grace rather than glitz. Mozart featured one main restaurant and a promenade for brisk walks or jogging – six times around equals one mile. Perhaps the biggest surprise for passengers on Mozart was that they got to put their swimsuits to good use. Indeed, I was astonished to learn that the five-star river cruiser offered a relatively large pool, situated indoors forward on deck two. 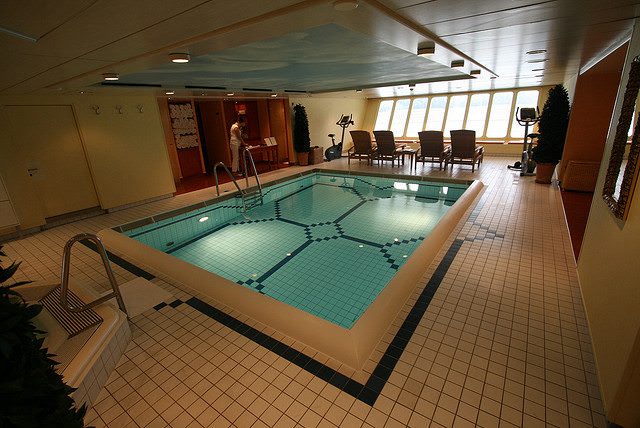 Designed as a semi-catamaran, Mozart has oodles of space. Nearly twice the width of other river vessels, Mozart was too wide to transit the locks of the Main-Danube Canal, so in order to reach the Danube River, the ship traveled to the North Sea, around Europe through the Mediterranean, to the Black Sea and up the Danube, where it has operated ever since. 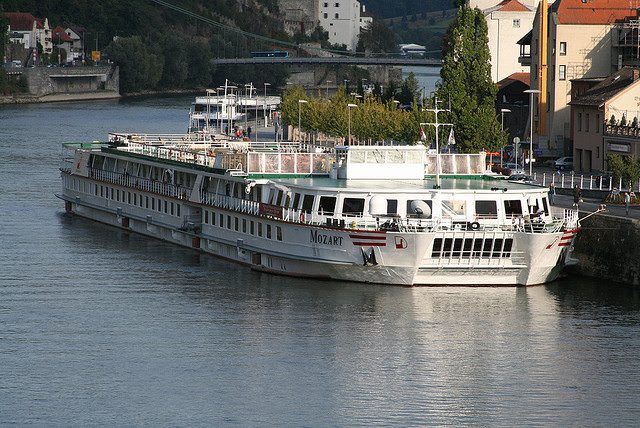 The crown jewels of Crystal Mozart, however, will be the two massive Crystal Suites. At 860 square feet each, these two-bedroom suites will become the largest on the rivers of Europe, snatching the title from Viking River Cruises’ impressive Explorer Suites aboard the Viking Longships. 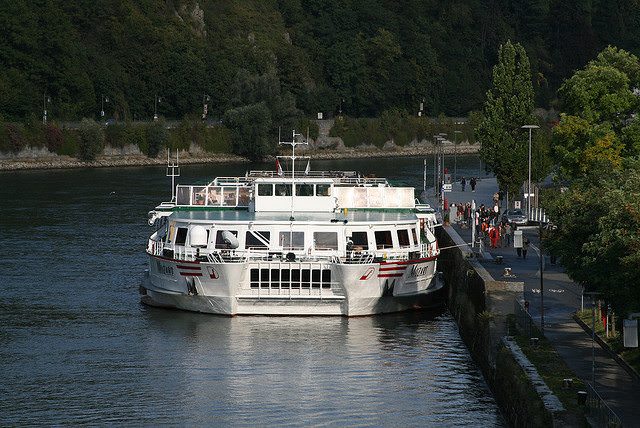 Double the width of a normal river cruiser. © 2008 Ralph Grizzle

Deck plans, as well as full itineraries, will be published Monday, Crystal execs tell us. We’ve also learned that Crystal’s river cruises will be all-inclusive, with the same inclusions as Crystal’s ocean cruises, plus the choice of two complimentary shore excursions in each port of call, and transfers.

When I cruised on Mozart in 2008, the vessel was showing signs of age, having been built in 1987 in Deggendorf, Germany. I’m curious to see how Crystal transforms the vessel, and whether the company will be successful in launching a nearly-30-year-old river cruiser up to the standards that Crystal’s guests expect.