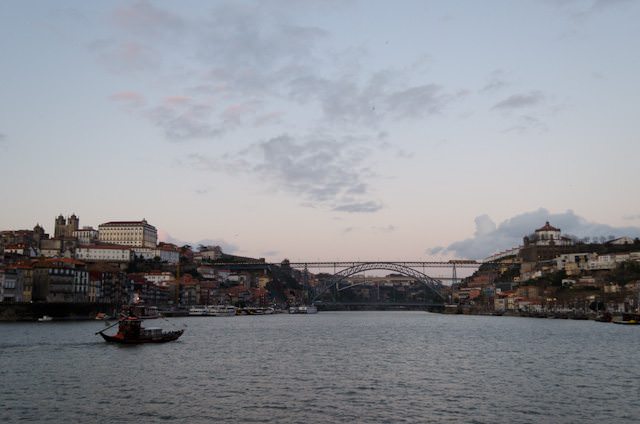 Porto, Portugal. Portugal’s Douro River is a hot cruise destination – and we’re heading there at the end of this month! Photo © 2014 Aaron Saunders

They call it Portugal’s “River of Gold.” The Douro River didn’t merely act a conduit between the Atlantic Ocean and the inner reaches of Portugal – it was a transportation system that enabled the region’s famous port wine production to flourish.

Port wine is produced exclusively in Portugal’s Douro River Valley, a UNESCO World Heritage Site. It derives its name from the city of Porto, Portugal – and that’s exactly where we’ll be heading on our next adventure with Viking River Cruises.

Beginning September 29, join us as we arrive in Lisbon for the start of our 10-day Portugal’s River of Gold itinerary that will take us through Portugal and the historic Douro River Valley all the way to Salamanca, Spain – and back. 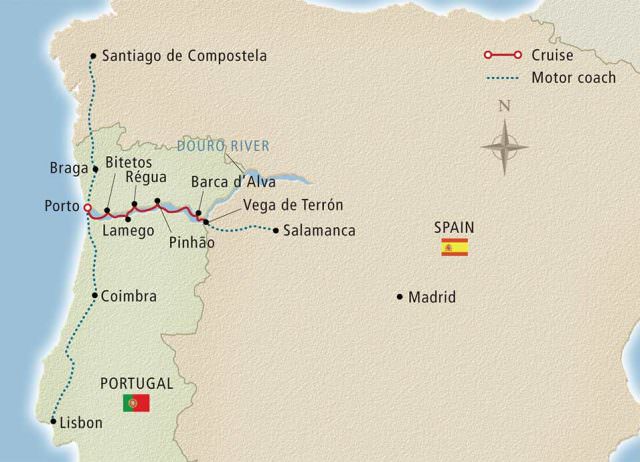 Our Viking cruisetour begins with two nights at the Hotel Tivoli Lisboa, situated on Av. Da Liberdade in the heart of Lisbon. While the first day is completely free to enjoy at leisure, the second day kicks off Viking’s trademark extensive touring, with a half-day tour of Lisbon, including the famous Tower of Belem, and the promenades that line the Atlantic Ocean.

The next day, it’s off to the coaches for our overland journey to the city of Porto, where we will embark the 106-guest Viking Torgil in the neighbouring city of Gaia. 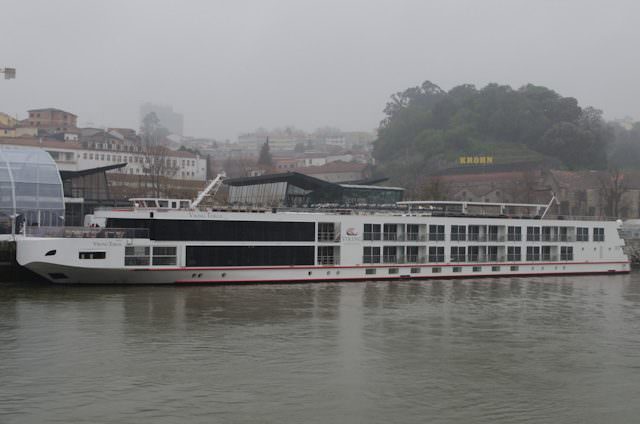 Patterned after Viking’s revolutionary Viking Longship river cruise ships, Viking Torgil can best be thought of as a scaled-down version of the former. Launched in 2014, Viking Torgil and her sister Viking Hemming boast all the Longship features I’ve come to know and love, like the indoor-outdoor Aquavit Terrace, the inclusion of French and full step-out balconies, and dining rooms and lounges that boast full floor-to-ceiling windows at every turn. 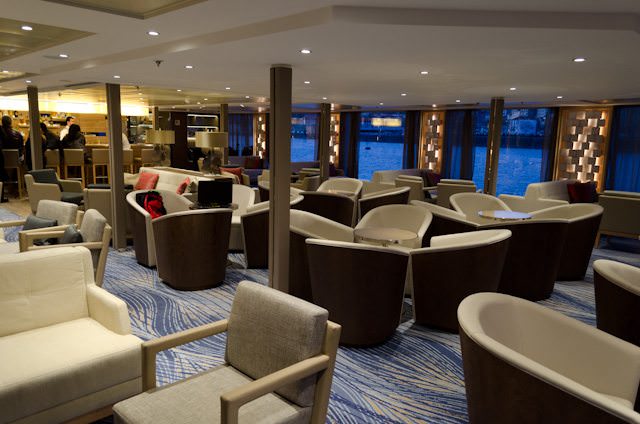 But Viking Hemming and Viking Torgil have some unique features that set them apart, like backlit stateroom numbers in passenger corridors, a pool situated on the ship’s Sun Deck, and an automated coffee maker outside the dining room that rivals anything I’ve ever seen before. Seriously – on my short two day stint onboard Viking Hemming in March of 2014, it was the most-photographed and talked about feature amongst my fellow cruise writers. The thing makes a mean latte.

We’ll need that caffeine too, as we embark on a pleasantly busy itinerary jam-packed with must-see sights and optional excursions that add extra dimension to an already fascinating journey. 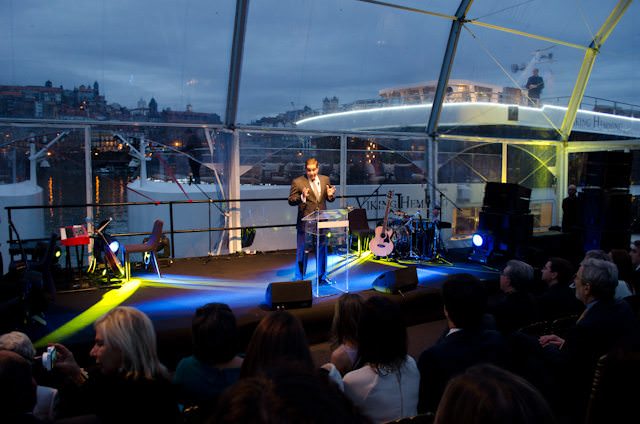 In Porto, we’ll tour a local port wine producer before returning for lunch onboard Viking Torgil and setting sail for Bitetos. Once we arrive, we’ll disembark the ship and proceed to the 11th-century Alpendurada Monastery for a dinner and Fado music performance; Fado being the traditional music of Portugal.

It’s at this point in the itinerary that I begin to see a pattern: arrive in a new city, tour a vineyard. Drink wine. Bus to the next city. More wine. Back to the ship. Dinner. Wine. Port Wine. Cheese. Sleep. Repeat.

That’s not a bad combination! 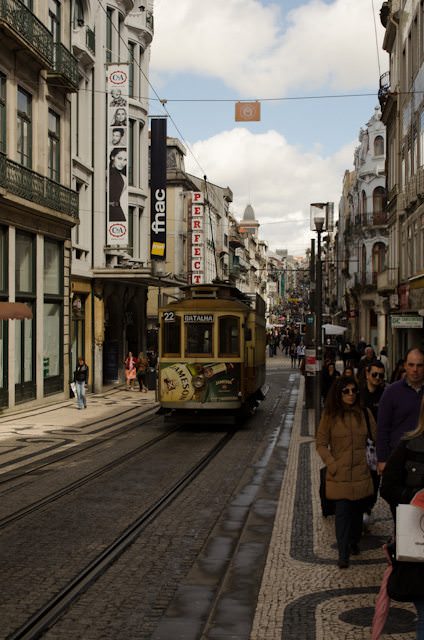 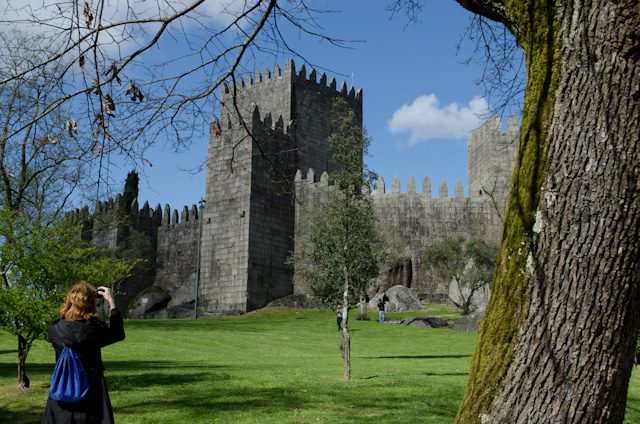 Viking guests can even take a tour to the nearby city of Guimares. Photo © 2014 Aaron Saunders

From Bitetos, we sail to Regua and Pinhão, which literally means “Pine Nut.” This is probably a good time to mention I’m allergic to nuts. Pinhão, I’ve got my eye on you…and I’d like to make a small guess as to why they named the city that. Fortunately, no pine nuts in my future: just a tour of the Vila Real, with its superb Mateus Palace which is depicted on the labels of Mateus Rose wine. Which brings us to – you guessed it! – another wine tasting. No complaints here.

The next day is remarkably relaxing: a morning of scenic cruising along the Douro River, followed by a tour of Castello Rodrigo that is situated almost 2,200 feet above sea level…and is surrounded by almond trees. I feel itchy already. But, more good news – unless they’re using almonds in the wine (mental note: check that), I should be fine. Either way, the views will be stunning: as one of Portugal’s 12 historic parishes, the 16th century streets and facades are still wonderfully preserved here in traditional Manueline style.

A stop is made in Salamanca, Spain to visit this wonderfully-preserved medieval town. Photo courtesy of Wikipedia / Creative Commons

After that, it’s off to Spain – to Salamanca to be exact. This overland journey is the only foray into Spain on our entire itinerary, but I hear it’s one that is not to be missed. A UNESCO World Heritage Site, Salamanca has remained virtually untouched since Medieval times. Lunch is local and features a flamenco show, which should get us nicely prepped to visit the Gothic House of Shells and the 13th century Salamanca University.

From Salamanca, we return to Pinhão for a full-day visit to Favaios Bakery and lunch at the century-old Quinta da Avessada Winery. Then, it’s on to Regua to visit Our Lady of Remedies – a shrine that is still visited by pilgrims to this day. From there, we return to Porto, and our river cruise comes to a close.

Personally, I suspect this trip might be something like my wine-soaked tour of Bordeaux, France that I took aboard Viking Forseti last November. I think they’re some of Viking’s strongest tours, blending culinary excellence and culture together on a single sailing.

Sure, you can get winery tours on land tours, too – but it’s certainly not this easy. That’s one of the biggest advantages to taking a river cruise through Portugal’s Douro River Valley: you just have to sit back and relax, confident in the knowledge that Viking and their superb Tour Directors have taken care of everything for you in advance.

So join us later this month as we explore the wonders of Portugal aboard Viking Torgil and discover one of Viking’s newest and fastest-growing European river cruise itineraries. 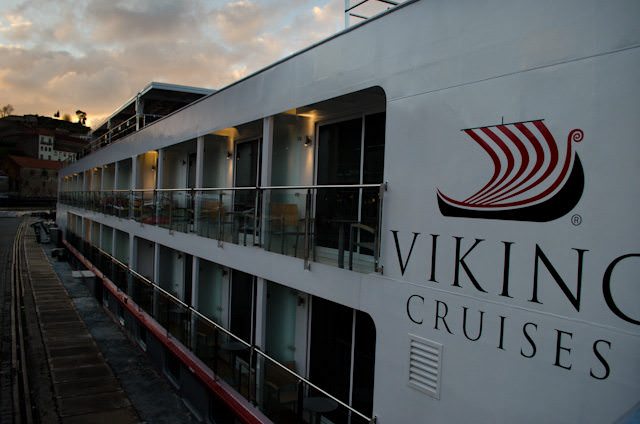 Our full day-by-day Voyage Report from onboard Viking River Cruises’ Viking Torgil in Portugal will begin on September 29 from the beautiful city of Lisbon! If you have any questions for us about this itinerary, ask away – and be sure to follow along with our voyage reports on Twitter @deckchairblog.