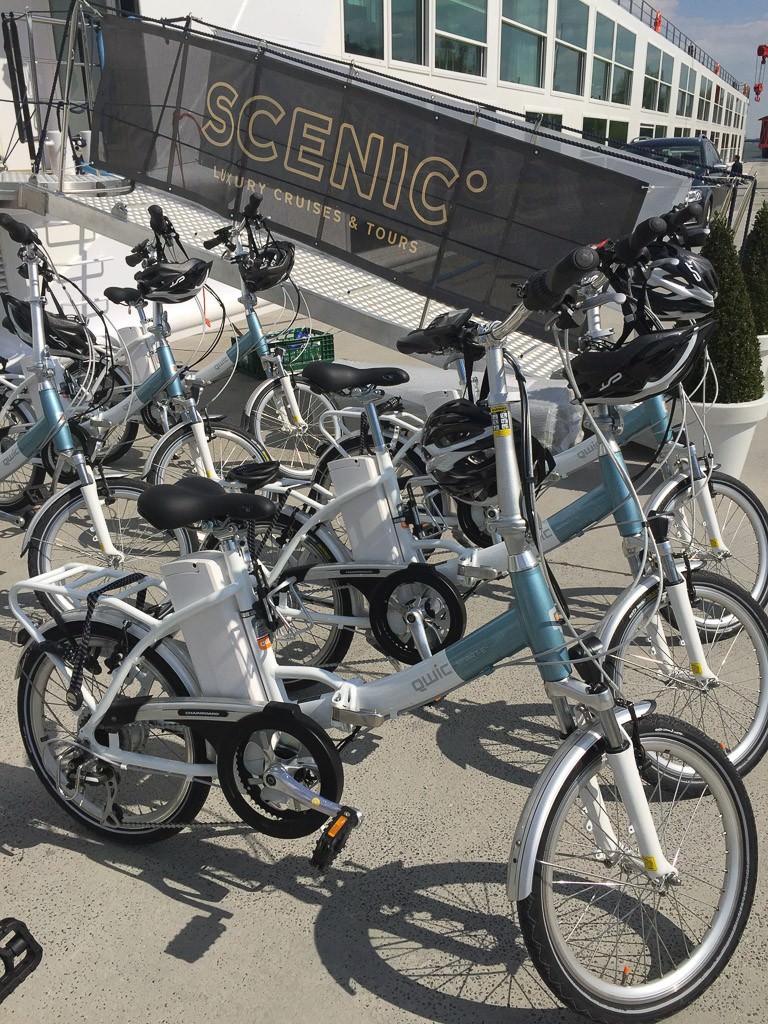 Again today, Scenic offered several complimentary tours for guests who wanted to explore Vienna. I had been to this lovely city several times and thought rather than join one of the city tours, I’d take a bike and pedal along the Danube. I’m 6’5” and I do push Scenic’s electric-assist bikes to their limit. But with the seat and handlebar fully extended, the bike fits me. Taller than me and I’m not so sure the rider would be comfortable, although Scenic does have access to bigger bikes that the company stores in warehouses along the river. 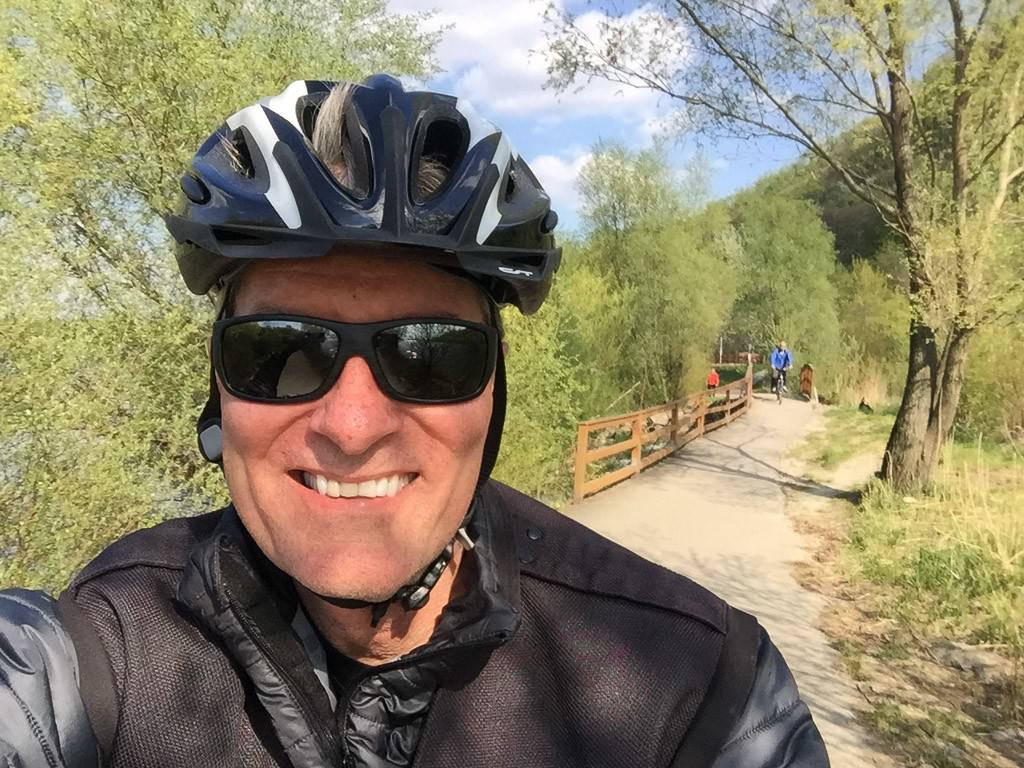 A “selfie” while on a ride about 20 kilometers from Vienna. © 2015 Ralph Grizzle

I faced a fierce and unrelenting headwind as I pedaled upriver, and finally, I gave in, turning on the electric-assist device and raising the energy output to one, then two, then three … before putting the pedal to the metal all the way up to eight. My manual gearing was in seven (the highest it will go), assisted by the electric motor at eight. I was making about 30 kilometers an hour with relative ease, especially given the gusts.

After about an hour, with stops along the way, I had made about 25 kilometers along the river. I crossed a dam and made my way back along the other side. By the time I reached Scenic Jasper, I had a total moving time of almost two hours and had covered 27.1 miles. I even set two “Personal Records,” which my iPhone app Strava tracks — crossing a bridge in 2:20 and doing a Donau climb in 13 seconds. The records didn’t mean much, as I had never pedaled here before. I could have crawled across and set a personal record. 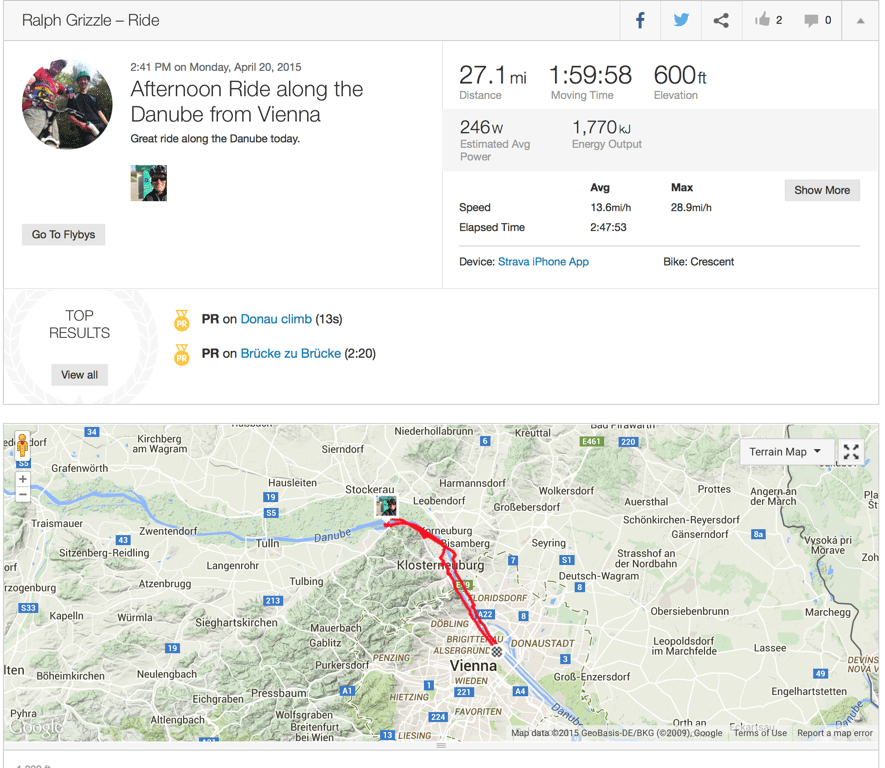 Still, it was a beautiful day, and the ride was exhilarating and scenic. I talk to more and more people nowadays who enjoy this type of activity on their river cruises. Of course, you want to make sure that you see the major sites in Vienna and elsewhere, but even if you miss those, cycling the countryside of Europe has its own rewards, castles on hilltops, spired skylines, storybook villages and much more. Plus, you get to breathe in the fresh air.

I made it back to Scenic Jasper in time to shower, enjoy an Austrian dinner on board (the Wienerschnitzel was delicious) and board a motorcoach with my colleagues for an evening concert in a museum. The concert is presented under a program that Scenic calls “Scenic Enrich.” 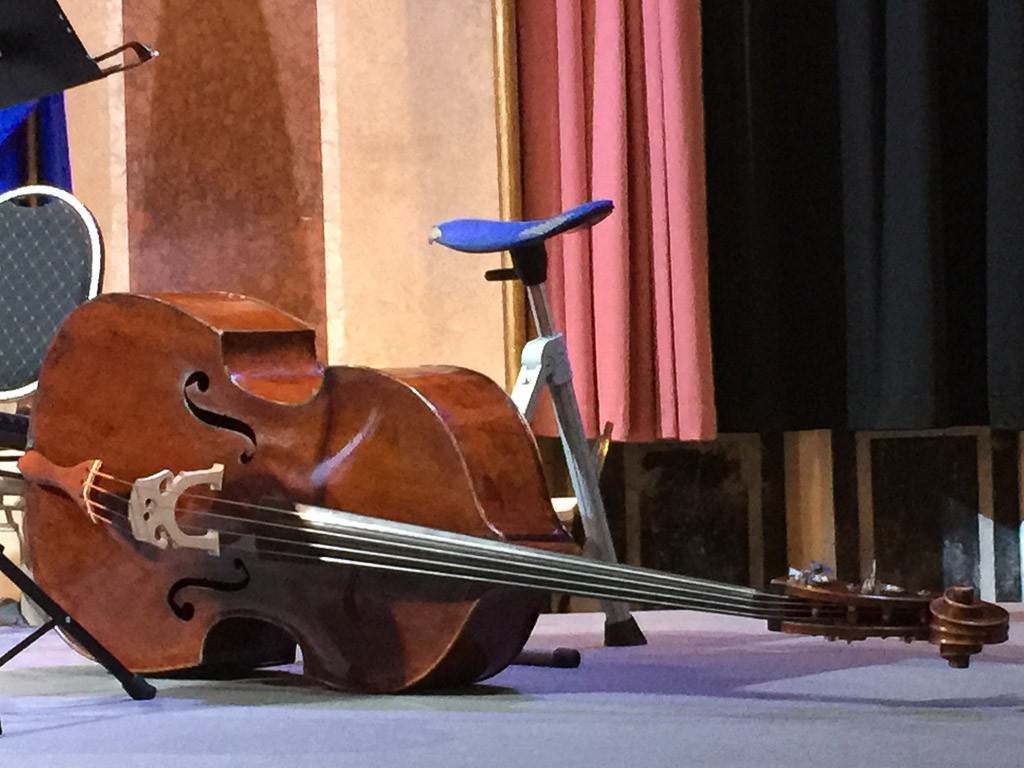 Time for a concert in Vienna. © 2015 Ralph Grizzle

I had high hopes for the concert, but having done these types of events before, I tempered my expectations. Sometimes the idea is better than the execution. This time, it was the other way around.

The Scenic Enrich concert is normally held in the Lichtenstein Palace, but due to timing issues, our venue was the Arsenal Museum, a beautiful building, but I am told that the acoustics in Lichtenstein Palace are superior. Hard to imagine. The concert, which lasted a little more than an hour with representative works by Strauss, Mozart and Beethoven, was surprisingly good in all respects. The musicians never missed a beat, the dancers flowed like silk in the wind, the emcee/host had a great sense of humor, presenting a serving of warm Apple Strudel to a woman who had shouted the name of the Austrian dessert when asked what Vienna was famous for.

There was even a stirring rendition from “The Sound of Music.” Some in the audience felt a standing ovation was appropriate at the end of the evening performance. I was among those who stood and applauded. 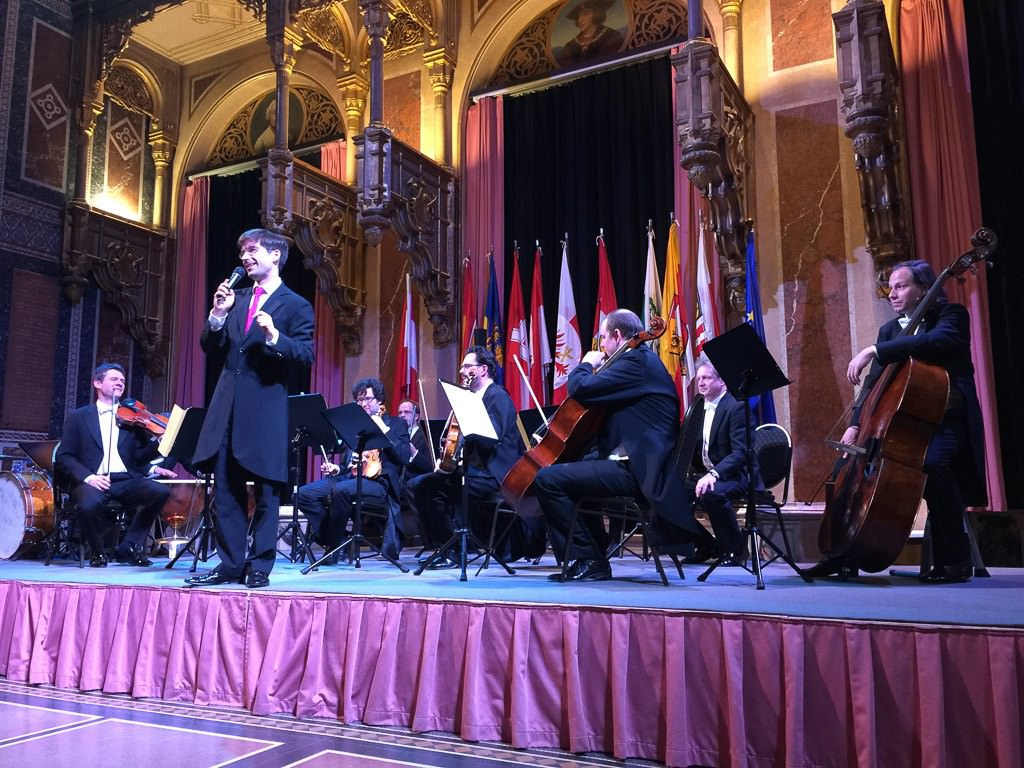 Our emcee and host had a wonderful sense of humor. © 2015 Ralph Grizzle

We returned to Scenic Jasper for a late-night snack, goulash and a Weissbier with my colleagues and newly made friends. It was the perfect ending for a day that started with a long bike ride for me, followed by a night of Viennese music and waltzing. Tomorrow, a christening event: the official naming of Scenic Jasper. 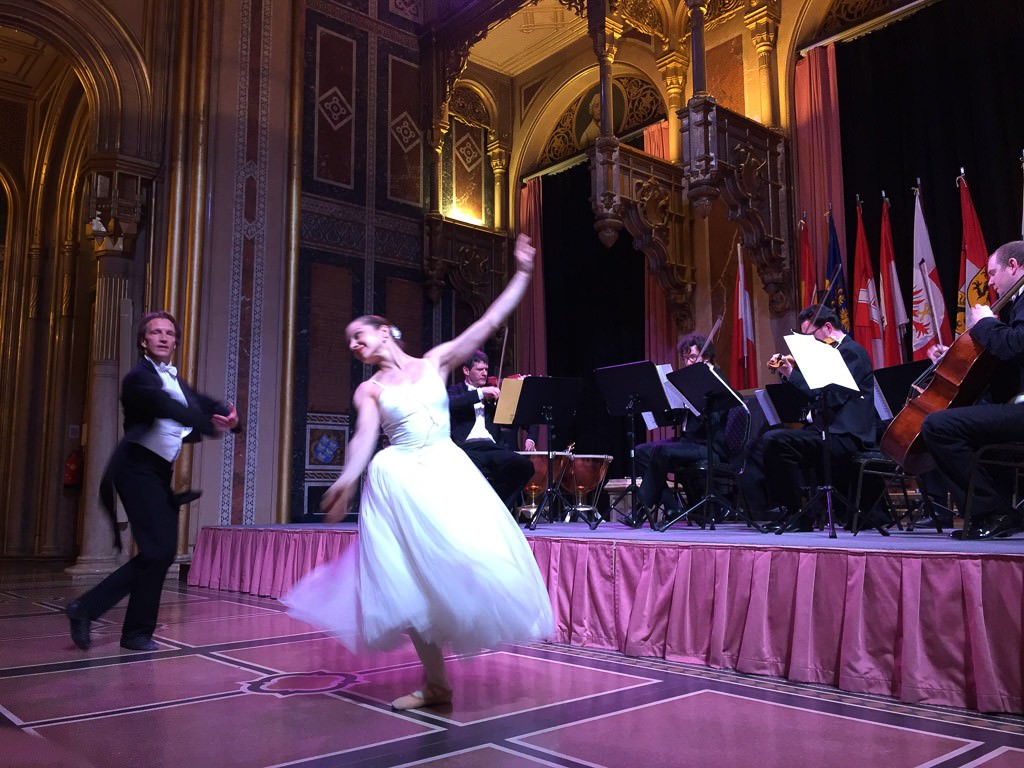 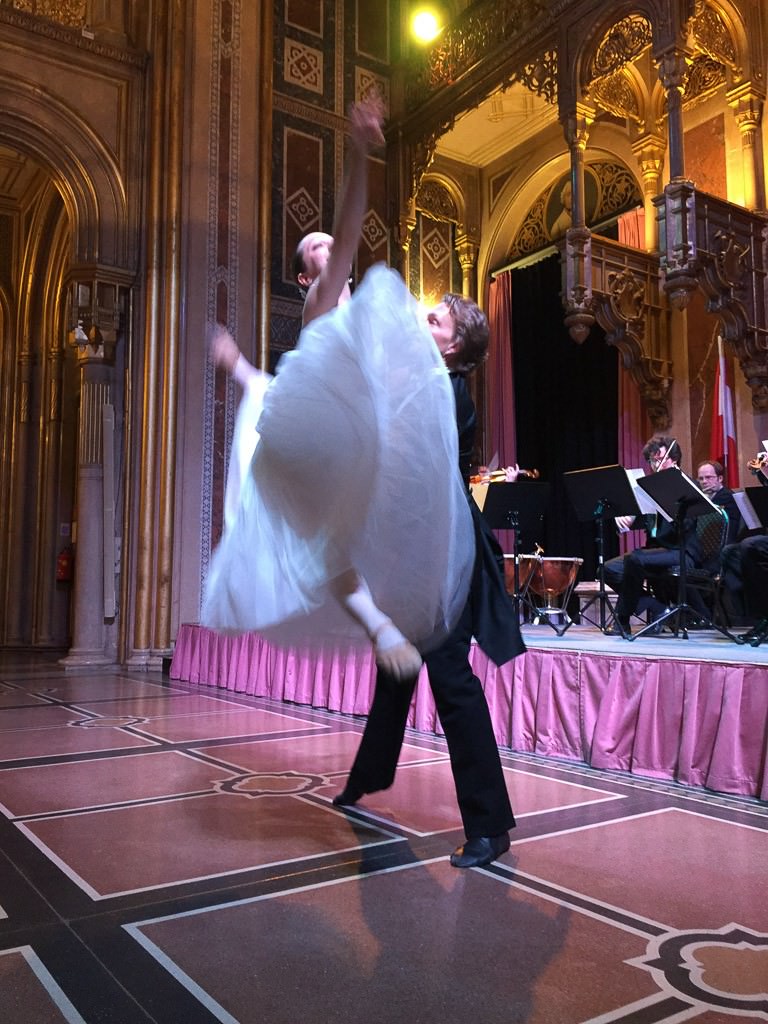 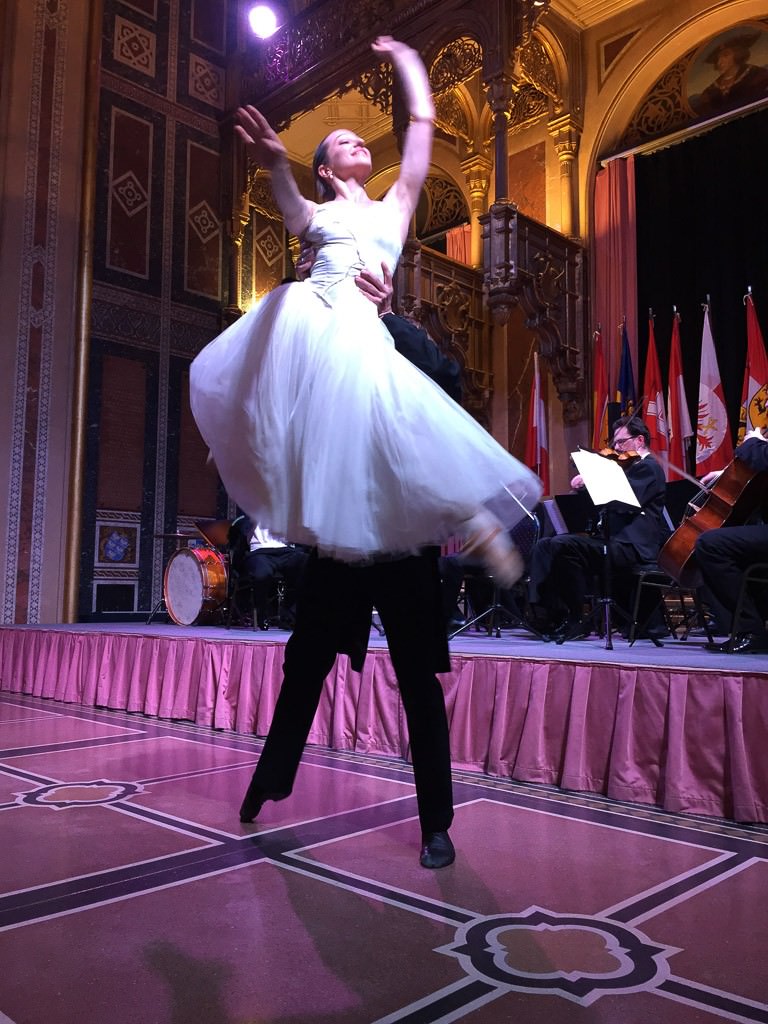 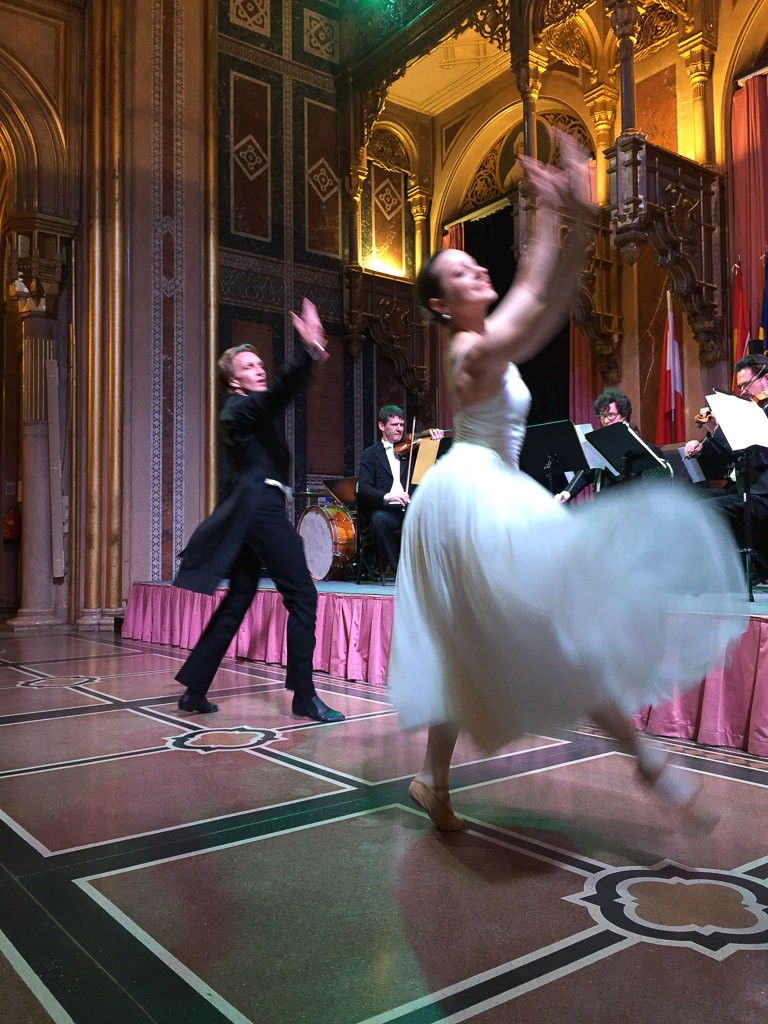 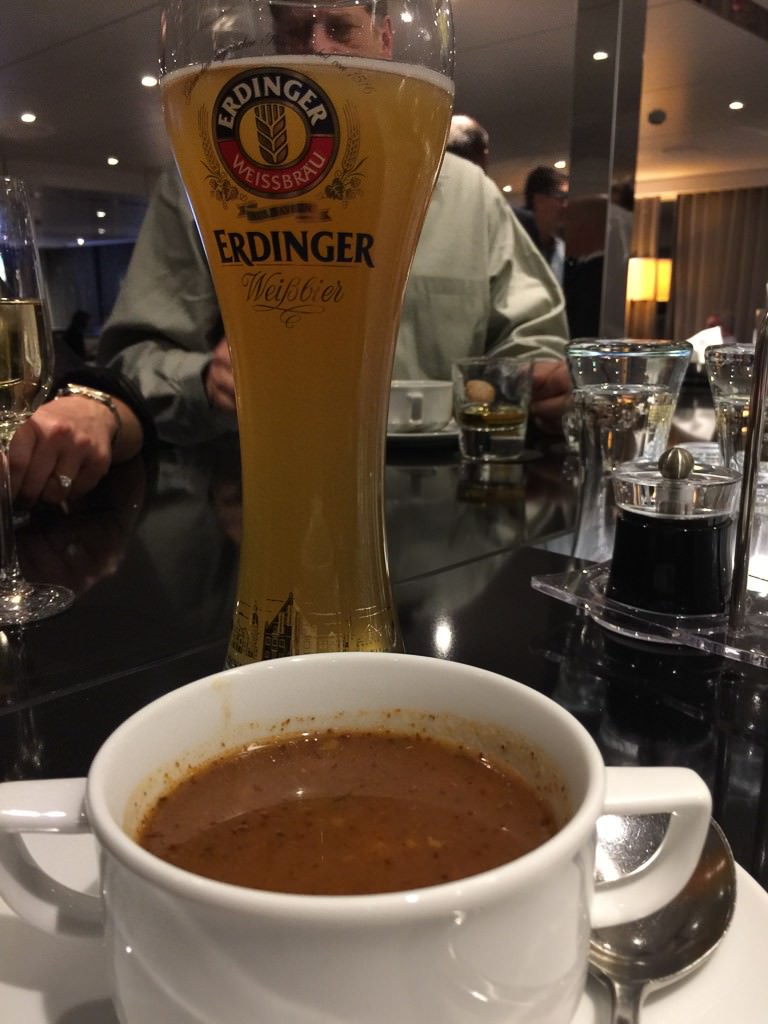 Back on Scenic Jasper: goulash and a big beer. © 2015 Ralph Grizzle

Get My Help With Your Scenic River Cruise