You are here: Home / All Inclusive River Cruises / Adventures by Disney and AmaWaterways Partner on Family River Cruises

Here’s an interesting twist to the standard river cruise: AmaWaterways has announced a partnership with Adventures by Disney to offer family-friendly river cruises along the Danube in 2016 aboard the brand-new AmaViola.

Currently under construction, AmaViola will be designed specifically for families, with larger-than-average staterooms, many of which will sport interconnecting doors – a feature common in the deep ocean cruising world, but an extremely rare find aboard river cruise ships. 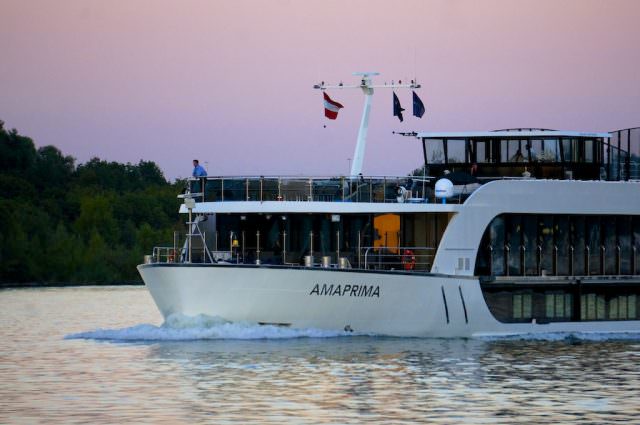 AmaPrima on the Danube, approaching Vienna. AmaWaterways has announced a new partnership with Adventures by Disney intended to introduce more families to river cruising. @ 2013 Ralph Grizzle

“River cruising presents a terrific opportunity for immersion into the sights, history and culture of the world’s most magical destinations. We look forward to working together with Adventures by Disney to offer innovative experiences that help families create unforgettable memories,” said Kristin Karst, co-owner and executive vice president of AmaWaterays.

Adventures by Disney stated that the company considered AmaWaterways to be a perfect fit with its own ideologies thanks to AmaWaterways’ high-quality onboard product and its elegant, well-designed ships.

A total of five partnership voyages will be offered next year, with weeklong departures on July 7, July 14, July 21, July 28, and a special Christmas River Cruise departing on December 22. Mindful of school vacation schedules, the latter is designed more as a Holiday getaway for families to Europe than as an actual Christmas Markets sailing. Most of Europe’s Christmas Markets shut down by December 24, but the magic of Europe at Christmastime will no doubt leave a lasting impression on travellers of all ages. 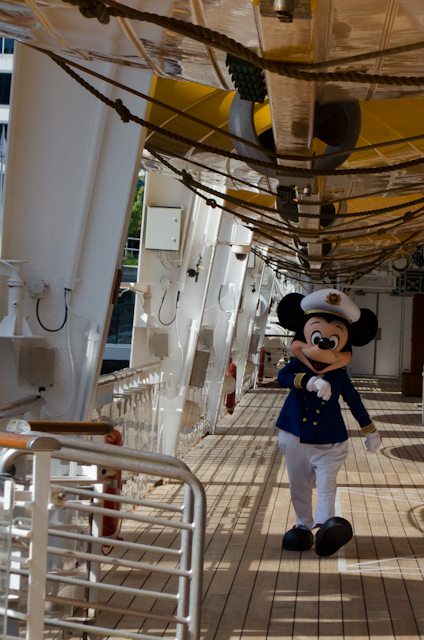 While Captain Mickey won’t be onboard like he is on Disney’s oceangoing ships, Adventures by Disney will provide the same level of dedication and service to travellers of all ages in their partnership with AmaWaterways. Photo © 2014 Aaron Saunders

It’s important to note: This isn’t Disney Cruise Line that is partnering on these sailings. Adventures by Disney is a completely separate entity that was founded about a decade ago and that is jointly managed by both Walt Disney Parks and Resorts and the Walt Disney Travel Company. So while the product will offer the same high quality standards Disney is known for, fans of the massive ships of Disney Cruise Line shouldn’t expect the same kind of product transferred over to river cruise ships. Nor will any of Disney’s characters be present onboard; instead, Disney-trained guides known as Adventure Guides will introduce families to the wonders of Europe. Approximately half of these guides will be American, while the other half will be locals from countries in and around Europe.

AmaWaterways, meanwhile, has made special enhancements to its stellar onboard product to better accommodate families with children. A special Kids Menu has been created that offers favorites the little ones will love, but it will also be interspersed with more “grown-up” fare as well. Special meals, such as vegetarian options and meals for those with allergies or dietary sensitivities, will also be possible. Onboard cuisine will still emphasize local foods and ingredients; something we’re glad to see.

Bookings for these voyages open to the public on Wednesday, April 15.