For travelers who are fitness-minded, having certain amenities available on a river cruise ship might be important. Several river cruise companies feature all or some combination of a fitness center, a pool or bikes onboard their ships.

During shore excursions, there is usually an opportunity to do some walking, which is also a form of exercise. However, some travelers seek more vigorous fitness activities. For them, it’s helpful to know ahead of time whether or not your river cruise company offers any of these amenities. 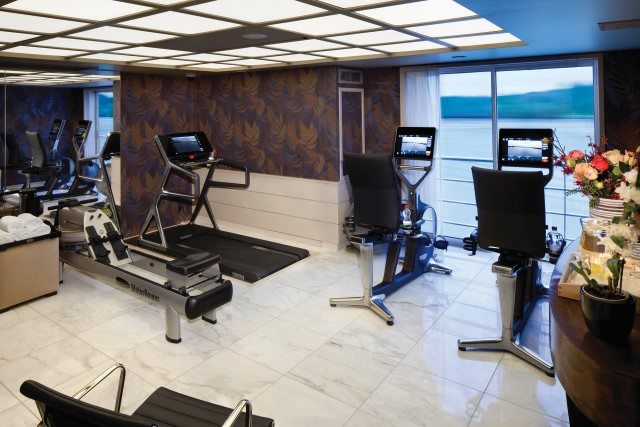 Fitness Room on AmaCerto by AmaWaterways.

Fitness Centers, Pools & Bikes: Companies That Have All or Some of These Onboard

Fitness Centers, Pools & Bikes:  Companies That Do Not Have Any of These Onboard

What is the value of each of these amenities? If you’re someone who is fitness-minded, having at least one of these items available on the ship is probably valuable to you. During some of the shore excursions, you may do your share of walking and even at an incline sometimes. However, these additional options can help you keep up an established fitness routine.

Whether or not your ship has a pool or fitness center will not change the monetary value of your trip. When you’re onshore, you would probably not be going to a gym or using a swimming pool.

However, with regard to bicycles, if your ships does not offer them and you choose to rent one during your shore excursion, the average cost is $4 to $5 per hour per bicycle. If you like bike riding and plan to do it while onshore, having bicycles available on on your ship could eliminate the extra cost of having to rent one.