You are here: Home / Rivers / Asia / Pandaw To Introduce River Cruises Through Laos

Pandaw River Cruises is leading the push to expand river cruise offerings throughout Asia. Beginning in November 2015, the luxury river cruise company will offer the first 10-night sailings through the Laos Mekong aboard the brand-new RV Laos Pandaw. Pandaw is the first river cruise operator to offer voyages that cross the entirety of Laos. 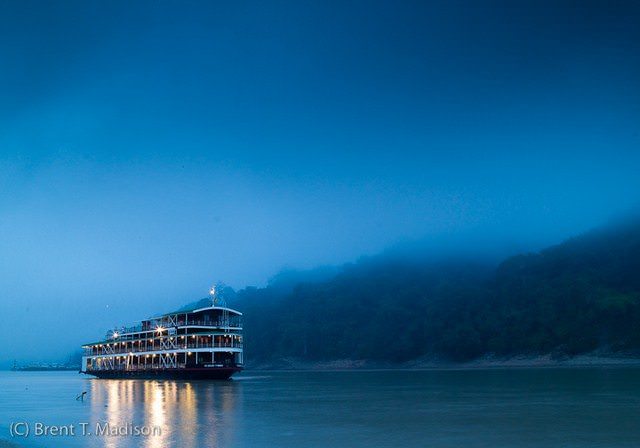 Departures will operate from November 1, 2015 to January 30, 2016. Pandaw will resume departures later in 2016 for the following season, though dates have yet to be announced. A reverse itinerary will also operate from Chiang Khong, Thailand to Vientiane.

The 14th ship in the Pandaw fleet, the RV Laos Pandaw will feature just 10 staterooms and a crew-to-guest ratio of 2 to 1. Sister-ship to Pandaw’s 2014 Kha Byoo, the new ship will feature the same shallow draught as her sister for additional maneuverability during low water season, along with an engine that has been designed with greater horsepower in mind in order to successfully sail the remote Upper Mekong.

On these 10 day journeys, guests will spend two nights at the UNESCO World Heritage Site of Luang Prabang, noted for its numerous authentic pagodas or “Vat”, some of which date back to the 16th century and beyond. There are also a number of traditional Lao houses in Luang Prabang that co-exist along with Colonial European architecture introduced during the 18th and 19th centuries.

Guests will be able to observe the morning alms taking in by thousands of monks before venturing inland to discover tribal villages, swim in jungle pools and traverse rapids and gorges deep in the jungles of Laos.

Pandaw states that guests booking this new river cruise through Laos before January 5, 2015 will benefit from early booking savings of up to 10 percent. Like all Pandaw voyages, this will be one that is fully-inclusive from drinks to gratuities.