In Amsterdam last week, we caught a glimpse of Emerald Waterway’s very first vessel, Emerald Sky, as she sailed into the city on a cold and blustery morning. Unlike other new ship launches this season, the introduction of Emerald Sky is an important one, as it marks the official launch of the company itself. 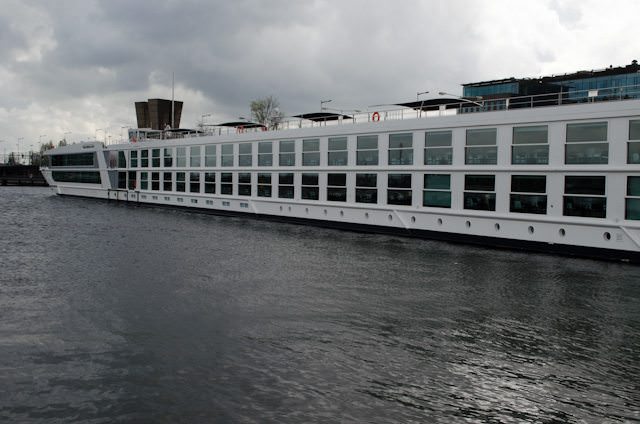 Created by Scenic Cruises founder Glen Moroney, Emerald Waterways is the new kid on the block in the European River Cruise arena. Positioned at a lower price point than the upscale, all-inclusive Scenic (and many other river cruise lines), Emerald Waterways and the new Emerald Sky represent a subtle but noticeable shift in the traditional river cruise thinking: targeting guests looking for a lower price point which, by definition, means attracting guests in age brackets that may not have previously considered it as their primary vacation choice.

On the outside, Emerald Sky doesn’t look all that different from her more upscale Scenic Cruises counterparts – but it’s what is on the inside that counts.

The most talked-about feature is the ship’s stern-mounted indoor swimming pool, which can convert to an indoor cinema during the evening thanks to a removable floor partition that covers the pool when not in use. How often this will be filled while sailing is anyone’s best guess; it seems likely that, in the event of low water situations, the pool will be drained to increase buoyancy. Still, it’s a nifty feature that few river cruise ships offer. 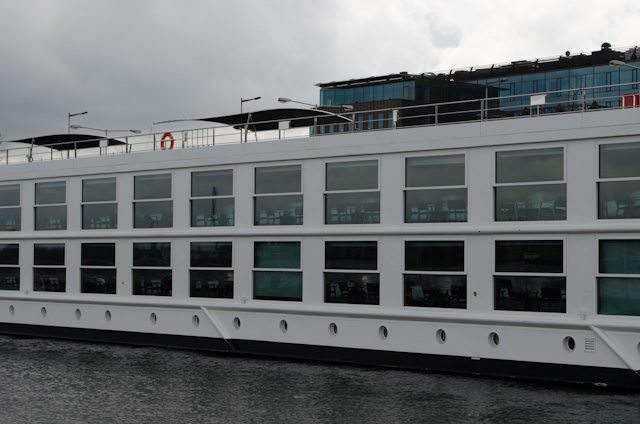 Select stateroom categories aboard the Emerald Sky offer open-air balconies with partitions that can be lowered at the push of a button. Photo © 2014 Aaron Saunders

Notable features also include a futuristic atrium paneled with mirrors to increase the sense of space – and perhaps provide that last-minute check of your hair in the morning. Staterooms are also noteworthy for offering, on the higher levels of accommodation, windows that open electronically to create an open-air balcony similar to those seen on newer Uniworld vessels.

Of course, saying that Emerald Waterways is less inclusive is true, but still a bit of a misnomer: the line will offer soft drinks along with beer and wine included during lunch and dinner, along with select shore excursions, transfers and gratuities as part of the cruise fare.