The ship christenings keep coming fast and furious, though this time North Americans can celebrate the inauguration of a ship that is near and dear to the hearts of many cruisers who’ve sailed before her in her past life. 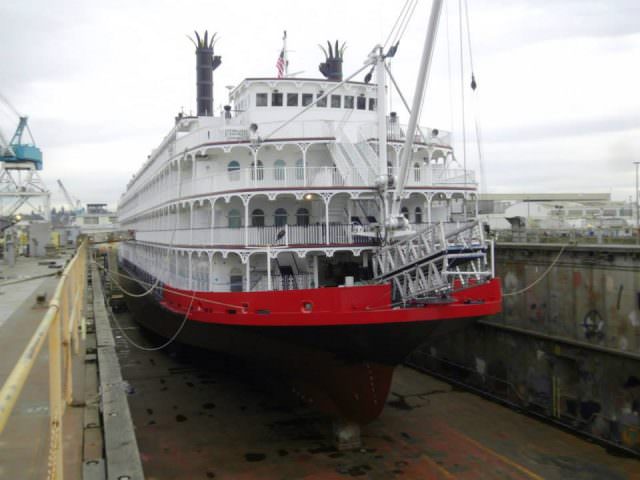 A New Lease on Life: the former Empress of the North will enter service this April as American Empress. Photo courtesy of American Queen Steamboat Company.

Originally constructed in 2003, the American Empress sat idle for years at a U.S. shipyard; the casualty of the bankruptcy of her former owners, Majestic America Line, back in 2008. But now she’s back, and better than ever.

The American Queen Steamboat Company estimates it spent $3 Million U.S. dollars refitting and renovating the vessel before placing her into service along the Columbia River. Carpets, wall treatments and soft furnishings were all completely replaced, along with substantial upgrades to the ship’s lighting and technical and marine spaces.

Yesterday, the American Empress set sail on her maiden voyage from Vancouver, Washington. She will operate weeklong voyages that traverse the Columbia and Snake rivers, with port calls on some of the region’s most beautiful cities like Portland and Astoria, Oregon.

We’ll have more information and a complete profile on this exciting new addition to the American Queen Steamboat Company fleet as it becomes available.