Tauck has just released the first photographs of the new innovative multi-level “loft” staterooms found aboard its new Inspiration-class river cruise vessels, ms Inspire and ms Savor. In addition, the line also reiterated its new beverage policy for 2014, offering up unlimited beer, wine and spirits throughout the day aboard all of Tauck’s river cruise ships. In years past, Tauck had offered unlimited wine and beer with onboard meals only. 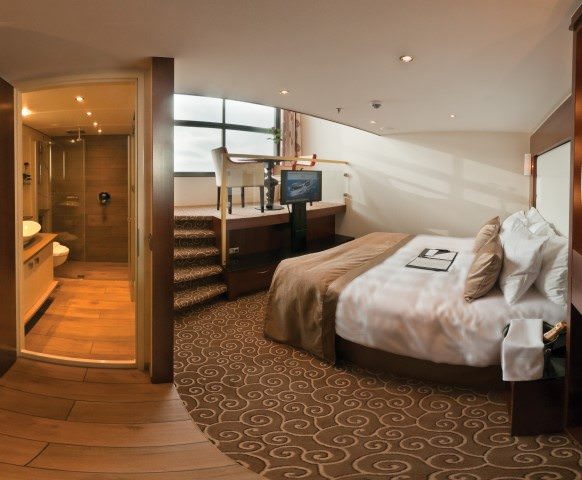 Tauck CEO Dan Mahar says the expansion of Tauck’s beverage policy is a natural extension of the company’s long-standing, all-inclusive approach.  “Without a doubt Tauck is the most fully inclusive river cruise line, so expanding our beverage policy is entirely consistent with our core philosophy,” he says. “We already sell zero options on our riverboats, and we already include all gratuities, shore excursions, meals ashore, airport transfers and much more, so we’re happy to make the total Tauck river cruise experience even more inclusive for our guests.” 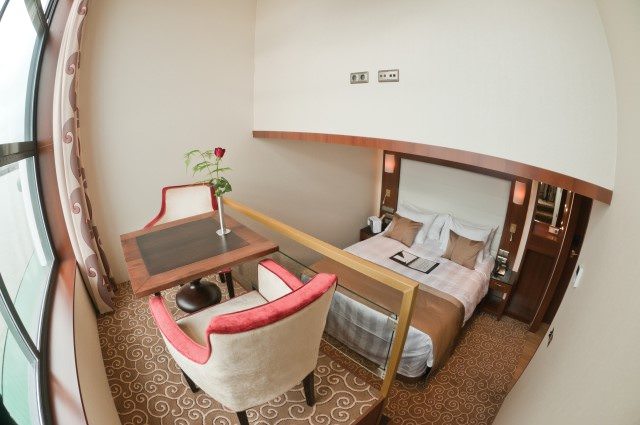 The view from the raised seating area in one of Tauck’s new Loft Staterooms. The photos were taken this month during the fitting-out of the ms Inspire in the Netherlands. Photo courtesy of Tauck.

The announcement comes at the same time Tauck has revealed the first photos of its trendsetting new Loft-style staterooms aboard the company’s two newest vessels. The pictures, taken aboard the new ms Inspire as she undergoes her final fitting-out in the Netherlands, showcase these unique river view staterooms as they will appear when the new vessel sets sail on her maiden voyage this April.

The new loft design completely re-imagines staterooms located on the lowest decks of river cruise ships, which are typically characterized by their small, quarter-height fixed windows. In addition to opening up the room to far more natural light, Tauck’s 225-square-foot Loft staterooms are substantially more spacious than the average riverview stateroom. 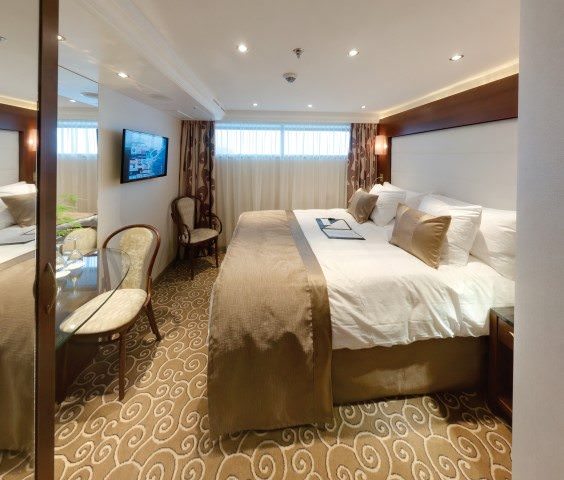 The photographs are remarkably accurate to what the 3D renderings issued by Tauck in the past have indicated: a raised portion of the stateroom features a sitting area with a table and two chairs situated by massive windows that can be raised electronically to allow fresh air to enter the stateroom.

But what the renderings didn’t show is just how sumptuous these Emerald Deck staterooms are. Furnishings resemble that of an upscale hotel, while the ship’s stateroom bathrooms are sure to impress with their use of crisp, soothing colors and modern textures and materials. 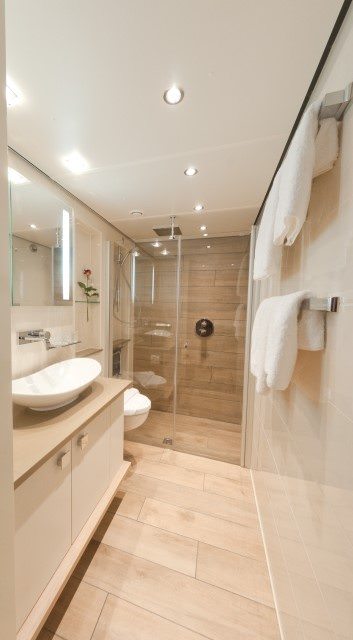 The crisp, clean bathroom in one of Tauck’s new Loft Staterooms aboard the ms Inspire. Photo courtesy of Tauck.

Tauck’s ms Inspire will launch in April, and River Cruise Advisor’s Aaron Saunders will be sailing aboard her inaugural voyage through Belgium and the Netherlands. Her sister-ship, ms Savor, will launch in June.

More information on Tauck can be found by viewing our complete company overview here on River Cruise Advisor. Full reports from the inaugural sailing of the ms Inspire will be available here in April.