If you’re booked on an upcoming departure aboard Pandaw Cruises‘ Saigon Pandaw, you may be in for a bit of a surprise: Travel Weekly reports the ship sank in late December while under tow off the coast of Malaysia. 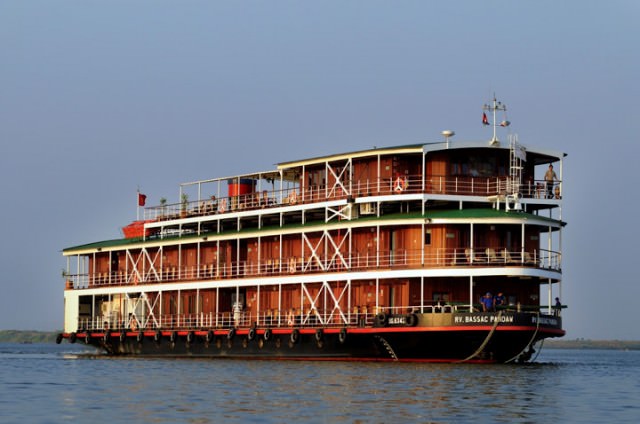 Saigon Pandaw was being repositioned from Cambodia and Vietnam’s Mekong River to Myanmar, where it was slated to sail as Sagaing Pandaw. No passengers or crew were onboard at the time, and Pandaw has attributed the loss to a combination of bad weather and high wind conditions at sea.

While river cruise ships are not built to sail on the ocean, towing or sailing them under their own power – without passengers aboard – is sometimes necessary in order to move an existing ship to a new market.

Pandaw has noted its reservations team is working diligently to shift affected guests over to other vessels wherever possible. Guests have been offered sailings on alternate ships; voyages to a different destination where Pandaw sails; or they can elect to receive a full refund.

The 60-guest Saigon Pandaw was launched in 2012, and until recently had been chartered by Uniworld Boutique River Cruise Collection. That line now exclusively uses the similarly sized River Orchid for its Mekong itineraries.

There is a silver lining for guests still looking to sail Myanmar with Pandaw: the line has two brand-new, 40-guest ships slated to launch in July that will make up for the loss in capacity resulting from the sinking of the Saigon Pandaw.

It is worth noting that an event like this is an extremely rare occurrence, and one that Pandaw seems to be handling remarkably well.

More information on Pandaw, its fleet and destinations, can be found by viewing our complete Pandaw company overview here on River Cruise Advisor.