Once again today, A-ROSA Silva was docked in Kehl, Germany, across the Rhine from this port of call’s primary attraction, Strasbourg. We had a wonderful day exploring the German-influenced French city yesterday (missed our coverage? Click here) and again this morning on a Strasbourg Highlights Tour, included at no extra charge with our river cruise. 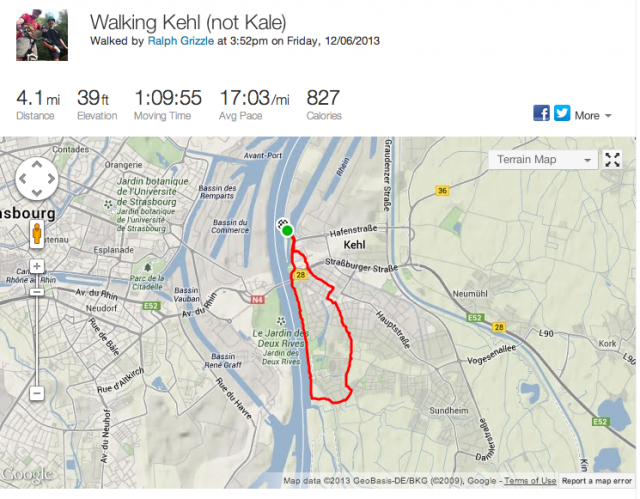 We walked along the Rhine today, burning some calories and seeing a few sights along the way.

After lunch on A-ROSA Silva, many guests joined an optional tour to Baden Baden and the Black Forest (cost 35 euros), but Monica and I decided to go for a long walk along the Rhine and to explore Kehl. We walked 4.1 miles according to my Strava app, with the added bonus of disposing of 827 calories — and some of the guilt of enjoying a few too many Christmas cookies earlier today.

The walk was thoroughly enjoyable, and it’s one of the things that I enjoy about river cruising. Moreso than ocean-going vessels, river cruisers truly are floating hotels. In fact, they are very much like a hotel in that you walk off the gangway and into city centers.

On ocean cruisers, taking a walk can be more challenging — you may have to tender ashore, for example; or you walk off the gangway and into an industrial port, with the city center far away. In my experience, there are many more opportunities to be active on river cruisers than on ocean cruisers, even with the latter’s superior fitness centers. Nothing beats a walk through a European city — except perhaps a bike ride through a European city.

I’m always curious about commerce and trade in border towns. For example, in the south of Denmark, residents slip over to Germany to buy alcohol, which is heaps cheaper in Germany than it is in Danish stores. What do the people of Strasbourg come to buy in neighboring Kehl? I asked a friend of mine who lives on the French side. “Tobacco,” he answered, “and, I’m not sure of the word in English … ”

He paused for a moment before finding the word. Now, sensitive readers may want to skip to the next paragraph … I’ll give you a moment … ah, but you’re curious aren’t you? Go along now, skip on down to the next paragraph — I don’t want to offend your ears and eyes. My friend turned to me and said with a look of uncertainty, “prostitutes?”

Naturally, Monica and I were looking for neither during our walk along the Rhine and into Kehl, Instead, we were absorbing the beauty of the winter day. The river was flowing briskly. The gray sky blanketed the rolling hills in the distance. Aquatic birds — cranes? — were active on the river. People were walking their dogs, bounding and happy to be outside. Cyclists came pedaling by. Couples strolled arm in arm. The winter certainly has a beauty all its own. Yes, it is cold, around 34ºF (or 1ºC), but we are appropriately dressed, in warm and breathable fabrics, with thick gloves, scarves and hats. 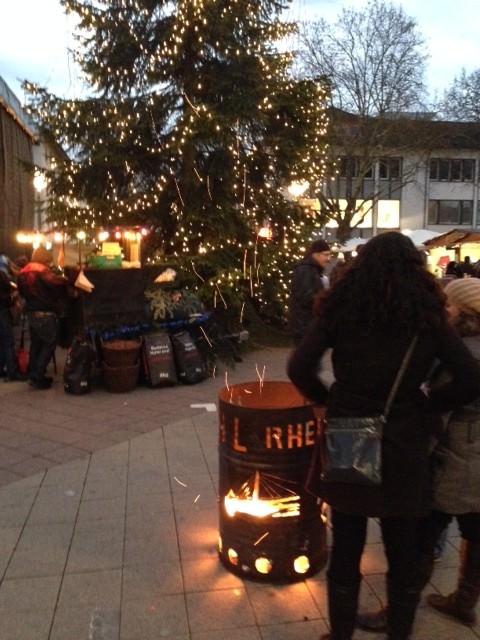 Warming up at the Christmas Market in Kehl, Germany. @ 2013 Ralph Grizzle

We walked through Kehl, where there was a small Christmas Market. It was not as charming as yesterday’s Christmas Markets in Strasbourg, which certainly set high standards, but there were a few attractive kiosks and a couple of small fires in barrels where we stopped to feel the blazing warmth. 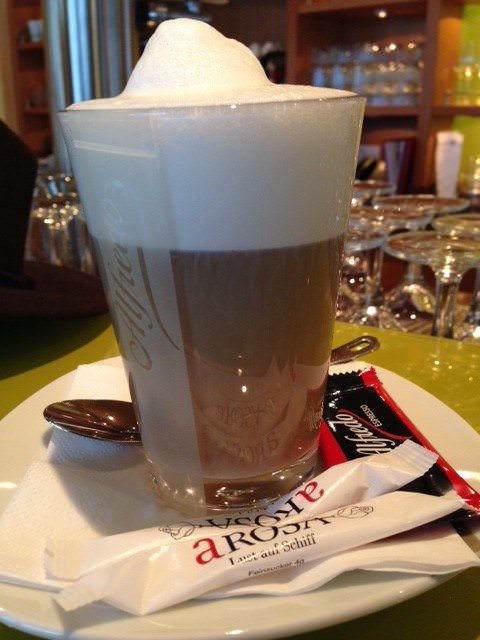 It was getting dark when we returned to A-ROSA Silva. I love coming back on board into the warm reception, and if the mood strikes me, heading to the bar to sip a latté macchiato, hot tea or Gluhwein. I may opt for a glass of sparkling Sekt, a German beer, glass of wine or spirits. It’s all included on A-ROSA, and it’s liberating not to have to think about the accumulating costs of enjoying a few drinks. A-ROSA estimates the value of including alcohol for its guests is a few hundred dollars per cabin. I suppose if a couple had a few drinks each day of their cruise, the cost of booze could add up, and they could be hit with $100 or more than they hadn’t planned on spending. 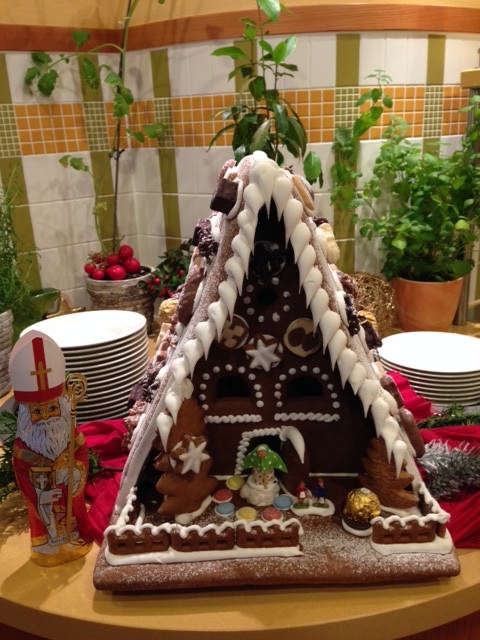 A-ROSA Silva is festively decorated, with Gingerbread houses, Christmas trees and other Christmas adornments. The atmosphere is festive. There’s entertainment, a presentation yesterday morning about German Christmas traditions while we were sailing to Strasbourg — and a soloist with a piano accompaniment performing German and French songs last night. We sat for an hour after dinner, with many others in the lounge, enjoying the talented performer.

Dinner is served at 7 p.m. this evening, but before heading to the restaurant, we’re going to spend 30 minutes in the sauna. As I’ve noted before, it is a gorgeous facility, with windows that look out on the river.

We’ll be sailing during dinner, as we leave Kehl at 6:30 p.m. and head downriver, back toward Frankfurt to our next port of call, Mainz.

Monica and I enjoy the concept of motion, and in that regard, few modes of travel can beat a river cruise. Throw in the opportunity to be active, the charm of Europe and the splendor of Christmas, and you have a match made in heaven while floating down the river from one European destination to the other.