While Europe remains the epicenter of river cruising, as we reported yesterday, it isn’t the only hotspot for the industry in 2014. In fact, nearly every major river cruise line has begun offering exotic itineraries that explore some of the world’s most intriguing – and under-explored – waterways.

Here is the first of our two-part look at what’s hot in Exotic River Cruises for 2014: 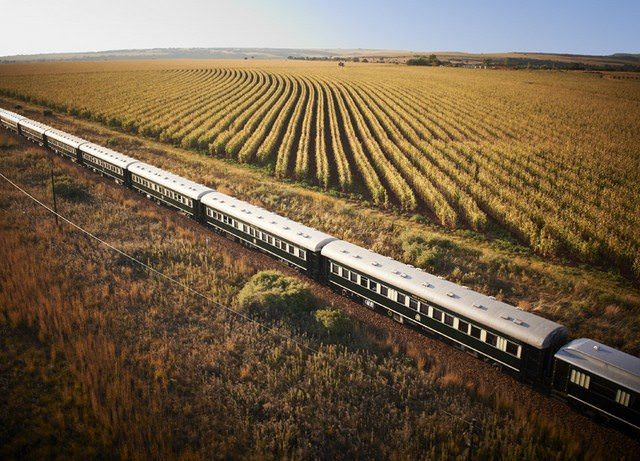 AmaWaterways’ new “Rivers & Rails of Africa” itinerary will include a journey aboard the classic Rovos Rail luxury train. Photo courtesy of Rovos.

Although AmaWaterways is pulling out all the stops for its 2014 European season, some of the most breathtaking enhancements have been reserved for the line’s African Safari river cruises. In 2014, AmaWaterways will begin offering a 15-day Rivers and Rails of Africa itinerary that features two nights aboard the luxurious Rovos Rail train, in addition to stays at luxurious safari-style resorts throughout Africa. This is coupled with a journey along the Chobe River aboard the line’s Zambezi Queen. 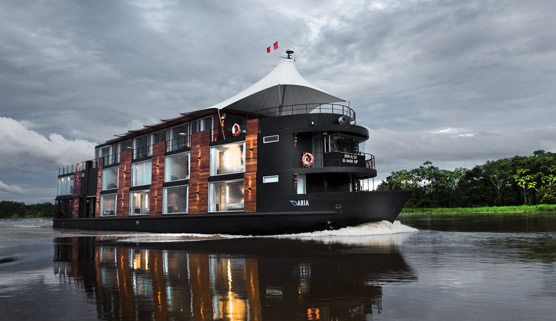 Avalon Waterways is making a big splash in the Amazon this year, operating its first voyages along the fabled Amazon River in conjunction with Peru-based Aqua Expeditions, sailing aboard the futuristic m/v Aqua.

Beginning in Lima, Peru, guests are invited to spend two days touring this intriguing city before setting off for Cusco and the Sacred Valley. Here, guests can experience Sacasayhuaman, Kenko, Amanakancha and Pisac. At dinner, they can also enjoy a traditional Peruvian Horse Show.

From the Sacred Valley, Machu Picchu calls. Located nearly 8,000 feet above sea level, Machu Picchu is one of the world’s most historic Incan sites, with a history that dates back to the 15th century. It was abandoned around 100 years later, remaining undiscovered by the rest of the world until Hiram Bingham came here in 1911.

A three-day cruise aboard the Aria follows. Each day on the Amazon River, in-depth explorations ashore are offered, guided by certified naturalists who will lead guests on walks of discovery and traditional panga rides in search of wildlife by day and night.

Following disembarkation from the Aria, guests will fly back to Lima, where their return journeys onward begin.

One of the coolest features about the Aria are her floor-to-ceiling windows in guest staterooms, all of which face the mighty Amazon. Beds are positioned to face these windows (just like aboard many of Avalon’s European-based vessels), and staterooms all feature cabin service three times per day.

The Amazon may be remote, but the Aria is far from rustic. It features a full Sun Deck, outdoor Jacuzzi tub, an exercise room, a lounge with indoor and outdoor seating options, a boutique, dining room, and an open-air deck that is, as the line points out, perfect for star-gazing from the darkness of the Amazon.

AmaWaterways is poised to start sailings along the Irrawaddy in November 2014. Photo courtesy of Wikipedia / Creative Commons

Beginning in November 2014, AmaWaterways will begin its first sailings along Burma’s Ayeyarwady River aboard the brand-new AmaPura, a 56-passenger vessel that will be furnished with a combination of modern and traditional décor. The ship will feature 28 spacious suites that feature either French, full, or Twin Balconies; a main lounge; restaurant; spa; and a refreshing pool and Sun Deck that is perfect for relaxation or scenic cruising.

AmaWaterways will offer both a 10-night Golden Treasures of Myanmar itinerary and a longer, more comprehensive 14-night journey dubbed Hidden Wonders of Myanmar, both of which are now online and featured in the line’s new 2014-2016 River Cruises through Myanmar (Burma) brochure. 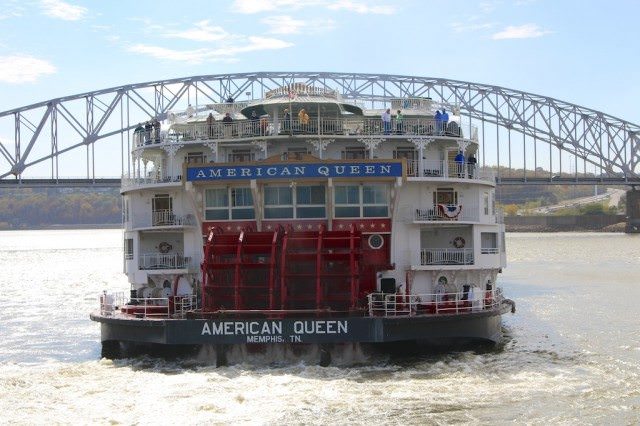 American Queen has been a resounding success along the Mississippi. © 2012 Ralph Grizzle

America’s most famous waterway could very well be the stage for the next big battle in river cruising. After the American Queen Steamboat Company refurbished and returned the classy American Queen sternwheeler to service on the river in June 2012, cruising along the Mississippi has been hot — so hot, in fact, that both Avalon Waterways and Tauck are both marketing voyages aboard her.

There are other players vying for a spot of the Mississippi action. American Cruise Lines operates its brand-new replica sternwheeler Queen of the Mississippi on seven different itineraries that traverse the waterway popularized by author Mark Twain. These all run seven days in duration and offer a number of unique departure ports, including Memphis, Tennessee; St. Paul, Minnesota; St. Louis, Missouri; New Orleans, Louisiana; and Cincinnati, Ohio. 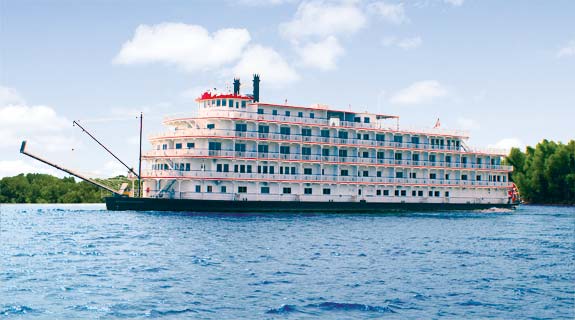 The Queen of the Mississippi was launched just last year. Photo courtesy of American Cruise Lines

Demand for the Mississippi is so strong, American Cruise Lines plans to build four additional sternwheelers along the Mississippi, with the first due to enter service in 2015. The company’s timing may be appropriate; river cruising giant Viking has been contemplating bringing one of its Longship-style river cruise vessels to the region, although no timeline has been established.

But these are far from the only exotic destinations you can cruise to aboard a river cruise vessel in 2014 – and we’ll have the continuation of our report after the New Year.