Uniworld guests wanting to travel to China are about to be treated to two spectacular new ships next year, thanks to the line’s partnership with Century River Cruises. 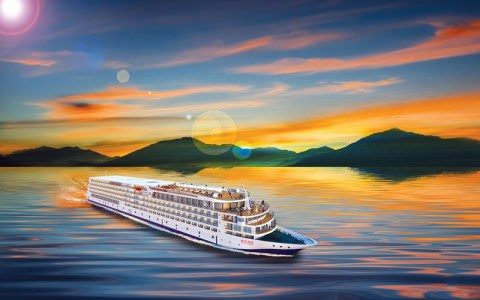 Aboard the Century Paragon and Century Legend, guests will be treated to some decidedly uncommon river cruise features, like a sweeping seven-story atrium, an exclusive deck for passengers in executive suites, and an enormous indoor pool and spa area. Uniworld guests will be treated to the five-star experience with accommodations designed exclusively for Uniworld: Uniworld Signature Suites. 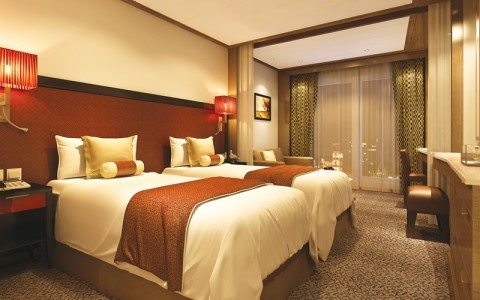 Uniworld guests sailing aboard Century Legend and Century Paragon are treated to their own suites with exclusive Uniworld amenities. Illustration courtesy of Uniworld

But Uniworld won’t be the only river cruise company to use these two vessels; Avalon Waterways will also offer voyages along the Yangtze aboard both Century Paragon and Century Legend, but tailored to suit the Avalon Waterways product.

So how does that work? Avalon guests will stay in spacious, 266-square foot Deluxe Staterooms featuring balconies with floor-to-ceiling sliding glass doors, a sitting area, writing desk, and private bathroom.

Uniworld guests will stay in Uniworld Signature Suites designed exclusively for them, also measuring 266 square feet, but located on Bridge Deck. They will also have the option to upgrade to one of two Presidential Suites measuring more than 1,000 square feet apiece and located all the way forward on Promenade Deck.

Measuring 465 feet in length, these two vessels are also larger than your typical river cruise ship, though passenger count is kept low with just 156 staterooms. Two bars, Wi-Fi access in all public areas, two elevators and even a dedicated cinema are just a few of the features passengers sailing with both Avalon and Uniworld can look forward to.

Here’s a first-look at these spacious ships plying the Yangtze: 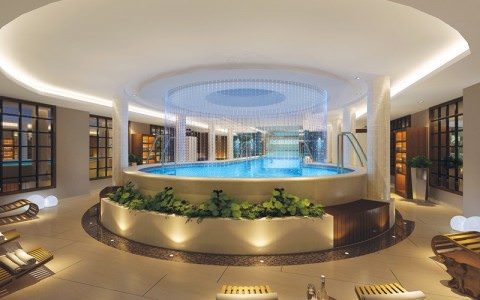 Almost Unheard Of: the spacious indoor pool and spa area aboard Century Legend and Century Paragon. Illustration courtesy of Uniworld

Full ship profiles for both Century Paragon and Century Legend will be coming soon here on River Cruise Advisor.