While Europe may be the de-facto destination for the majority of river cruisers, the United States recently played host to the christening of a river cruise ship whose history is as exciting as her return to service. 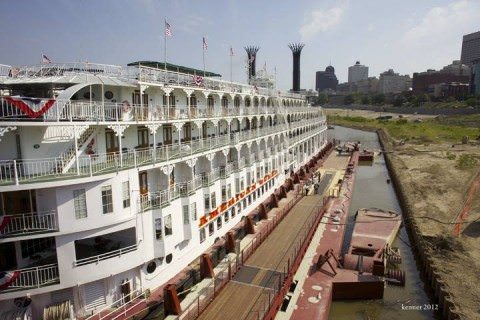 American Queen Steamboat Company proudly christened its pride and joy yesterday in Memphis, TN – the 3,707-ton American Queen sternwheeler riverboat. She’s also unique in that she features both traditional paddle propulsion, as well as a propeller-drive system similar to that found on many European river cruise ships for extra maneuverability. 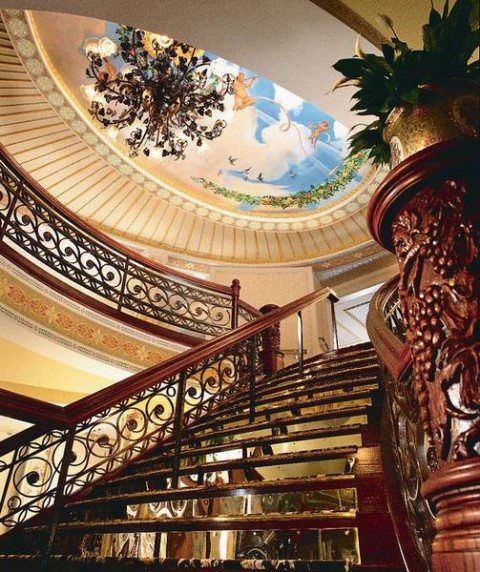 Originally constructed in 1995, the American Queen was the largest steamboat ever built. Capable of carrying 436 guests as originally constructed, she plied the waters of America’s Mississippi river until the bankruptcy of parent company, Majestic America Line.  She has been laid up since 2008, her fate largely hanging in the balance.

But plans were afoot to return this grand ship to cruise service once again, this time by new owners, the American Queen Steamboat Company. 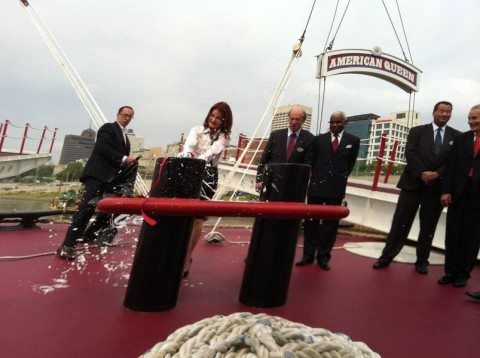 Yesterday those plans were realized when Godmother Priscilla Presley, wife of late singer Elvis Presley, officially christened the American Queen back into service. The ship departed later that afternoon on her maiden voyage to Cincinatti, and on May 2nd, she will compete in The Great Steamboat Race for the first time as part of the Kentucky Derby. 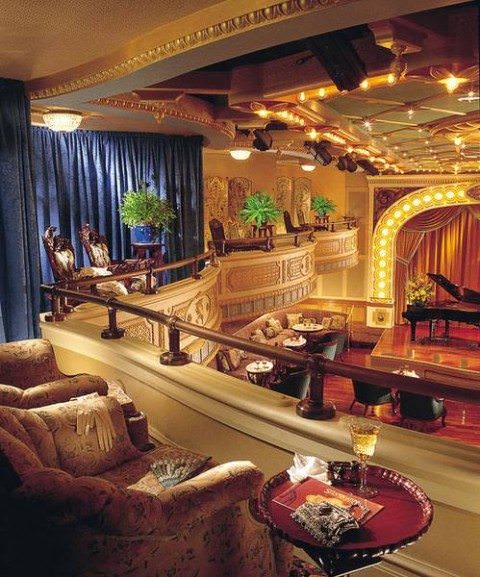 The American Queen will offer both 3 and 10-day trips along the Mississippi, Ohio and Tennessee rivers, with stops at New Orleans, St. Louis, Louisville, St. Paul, Cincinnati and Pittsburgh. If you’re looking to take a river cruise but are put off by the expense and length of flights to Europe, a journey down the Mississippi might just be in order.