You are here: Home / Cruise Companies / AMAWATERWAYS / Five Reasons to River Cruise in 2012

I will admit it: Before I had taken my first river cruise, I had my doubts. Would I enjoy it? Would I be bored? Would it be too laid back? Even though I have 25+ deep ocean cruises under my nautical belt, I still wondered about river cruising and whether it was right for me.

I shouldn’t have worried.

From start to finish, the entire experience left me spellbound. It was every bit as entertaining as the best deep-ocean cruise, and just as infectious. And the ability to visit some of the most beautiful and historic cities in Europe was just the icing on the cake.

If you’re reading this and you’re a seasoned river cruiser, you’ll know exactly what I’m talking about. But if you’re pouring over this site and are on the fence about river cruising in general, let us show you the way as we take you through Five Reasons to River Cruise in 2012: 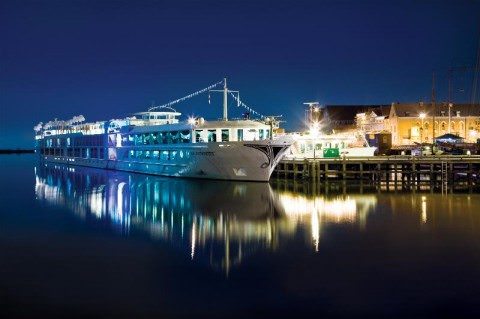 The beautiful new S.S Antoinette is the crown jewel of the Uniworld fleet. Photo courtesy of Uniworld.

We’ve touched on this here before: 2012 is poised to be an unparalleled year for river cruising, thanks to a number of new ships coming online. And more ships means more choices than ever before, both onboard and off. Gone are the days of river cruise ships with cramped staterooms and a lack of amenities; these new high-tech vessels are giving even the most brilliant deep-ocean cruise ships a run for their money. 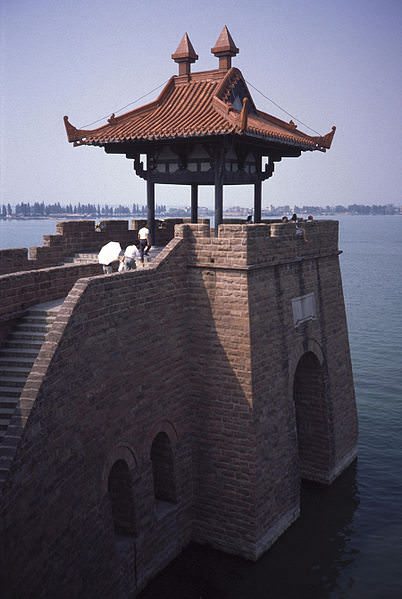 Ever wanted to sail through China? There’s a river cruise for that. Photo courtesy of Wikipedia.

Have you ever wanted to Africa? How about Portugal’s Douro Valley? Or the mighty Mekong, which traverses Vietnam and Cambodia? River cruises are no longer offered only along the waterways of Europe; today, you can sail to all of the above destinations in addition to sailings that explore Russia, the Black Sea, Egypt, and even China. Looking for adventure? Look no further: Many of these sailings can be combined with pre-and-post cruise overland journeys. Our favorites for 2012: AmaWaterways‘ new adventures in Africa, and Viking River Cruises‘ stunning 16-day Roof of the World itinerary that includes an overland journey to historic Lhasa.

The best reason to river cruise, in my opinion, is the same reason deep-ocean cruises are such an amazing vacation choice: You arrive, unpack once, and sleep in the same bed for seven days. There’s no changing hotels at 6am, or hopping onto or off of motorcoaches at inhumane hours. Instead, all you have to do is sit back, relax, and let the crew of your river cruise vessel do the work. Every day is like a new adventure as you wake up to “magically” find yourself somewhere else.

I’m not talking about temperature; the recent challenges within the European Union have seen the Euro drop to new record lows against the United States and Canadian dollars. Australians too are getting a bargain in Europe, and while that can spell trouble for the European Union, for the meantime it means river cruising through Europe – where onboard accounts are charged in Euros – has never been more accessible for non-Europeans.

We want you to river cruise because we believe it’s one of the absolute best ways to see Europe. River cruise lines want you to come to Europe for exactly the same reason – that, and they would like to fill their ships. With the additional capacity coming on-line this year, coupled with the falling Euro, expect to see some great deals on river cruises this year, particularly if you can participate in off-peak runs.

It’s been an exciting decade for river cruising, and 2012 is poised to be the year it all breaks wide open!