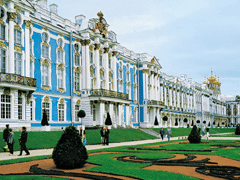 Few places on earth have the sheer diversity and history that can be found in Russia.  From the large cities of Moscow and St. Petersburg to smaller towns like Uglich, Russia is a world of contrast that remains a mystery to many North American travelers.  Viking River Cruises, however, wants to change that with a 13-day itinerary that whisks guests to some of that countries most important cities and landmarks.

Beginning in Moscow, the 13-day Waterways of the Czars itinerary includes stops at the famous Bolshoi Theatre and historic Red Square with its remarkable St. Basil’s Cathedral.  Perhaps Moscow’s most famous landmark, it was at one time one of the most threatened: Joesph Stalin had wanted the cathedral torn down to make way for his own personal plans for the city.  Only through the refusal of those assigned to the task, and the ongoing conflict of World War II was the cathedral saved.

From Moscow, guests continue on to Uglich, the site where Ivan the Teribble’s son Dmirty met his fate.  After that, it’s off to Yaroslavl and Kuzino, made famous for the Kirillo-Belozersky Monastery founded in 1397. 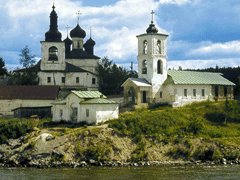 This itinerary features a combination of major and out-of-the-way ports in Russia. Photo courtesy of Viking River Cruises

In Kizhi, take in one of the five UNESCO World Heritage sites on this exciting itinerary.  The open-air Museum of Architecture represents nearly all aspects of ancient Russian architecture.  Afterwards, guests will have the privilege of sailing across Europe’s second-largest lake, Lake Onega.  At a distance of 139 miles, the so-called “Blue Route” will transport passengers along the Svir River from Mandrogy (don’t forget to check out the vodka museum!) to beautiful St. Petersburg, Russia.

Three days are spend exploring all this historic city has to offer, making it the perfect conclusion to this journey through one of the most fascinating countries in the world.