You are here: Home / Cruise Companies / AMAWATERWAYS / On The Mekong: A Day In Photos In Phnom Penh, Cambodia

Friday afternoon in Phnom Penh, Cambodia, passengers from La Marguerite enjoyed ceremonial song and dance at the National Museum. The performance is part of a blessing ritual in the days before the New Year on April 13 (sometimes celebrated on April 14).

Our morning was a bit more grim, as we visited the Killing Fields and the Tuol Sleng Genocide Museum. Photos and captions below. 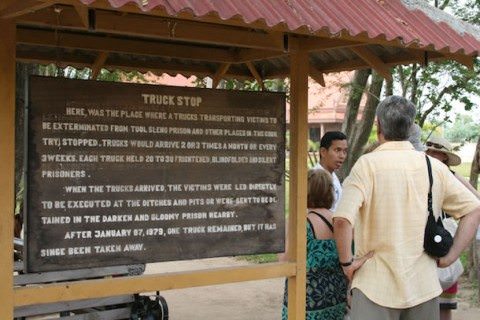 A grim but necessary morning in Phnom Penh. We visited one of the Khmer Rouge's many 'Killing Fields,' where the renegade regime committed genocidal atrocities during its rule from 1975 to 1979. Our guide (pictured) told us how his father was captured and imprisoned by the Khmer Rouge and how out of thousands at S-31, was only one of six to survive. How? He noticed that the Khmer Rouge used hundreds of padlocks to incarcerate prisoners but had no system to organize the keys, so they were forced to cut the locks with bolt-cutters each time they took a prisoner away (for interrogation and torture likely). Upon arriving at S-31, our guide's father told the guards he could pick the locks, saving the padlocks for future use. Although he had never picked a lock before, he had observed someone doing so years before. Each morning at a cafe in Phnom Penh, the father had watched a shopkeeper pick a padlock to enter his store. In a test before the prison commander, the father succeeded in unlocking 7 of 10 padlocks. As a worker in the prison, he was no longer treated in the same way as prisoners. However, he was shackled each day. Never mind that he could pick the lock any time he wanted to. After the Khmer Rouge was toppled, his father returned to the village where he had been given up for dead. 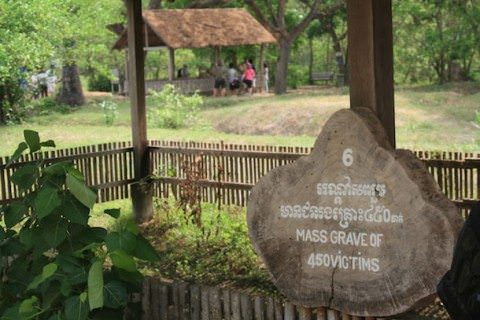 At The Killing Fields In Phnom Penh. It is estimated that the Khmer Rouge exterminated as much as one third of Cambodian's population between 1975 and 1979. 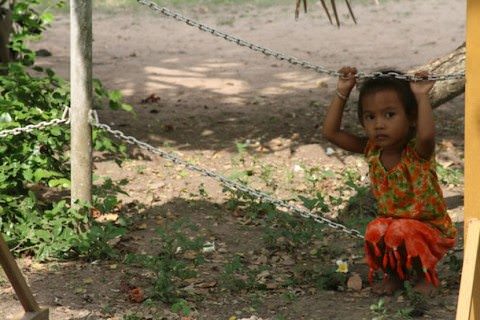 Little girl at the site of the Killing Fields in Phnom Penh. 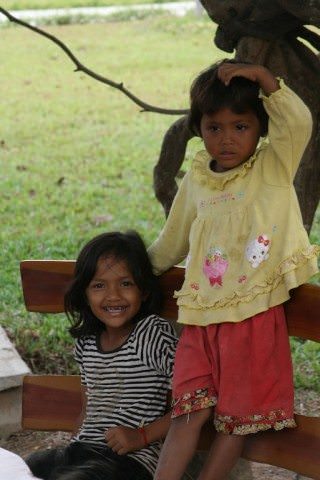 Children at the site of the Killing Fields in Phnom Penh. 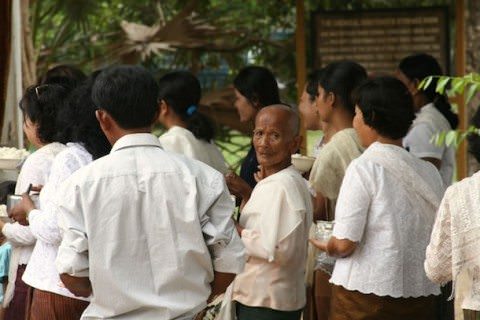 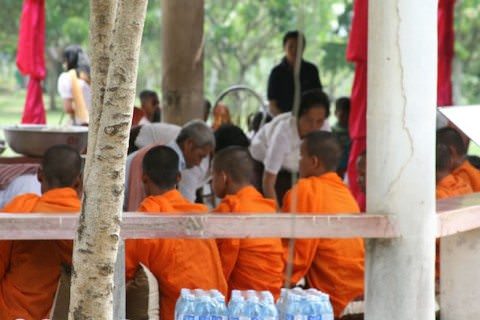 Victims of the Khmer Rouge atrocities in Phnom Penh 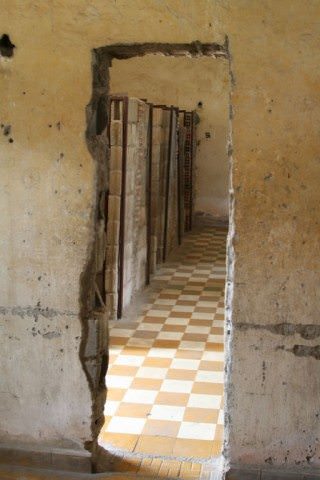 Phnom Penh's Tuol Sleng Genocide Museum is situated at the site of the notorious Security Prison 21 (or S-21). A former high school, S-21 was used a prison and torture chambers during the Khmer Rouge's rule of Cambodia. 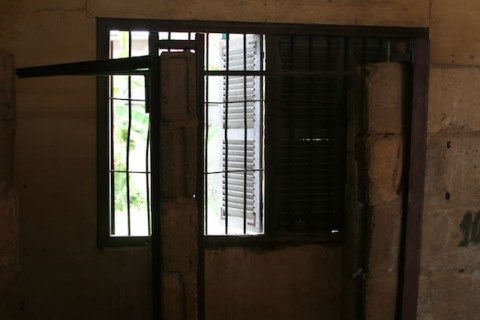 Small prison cells at Phnom Penh's Tuol Sleng Genocide Museum, situated on the site of the notorious Security Prison 21 (or S-21). A former high school, S-21 was used a prison and torture chambers during the Khmer Rouge's rule of Cambodia. 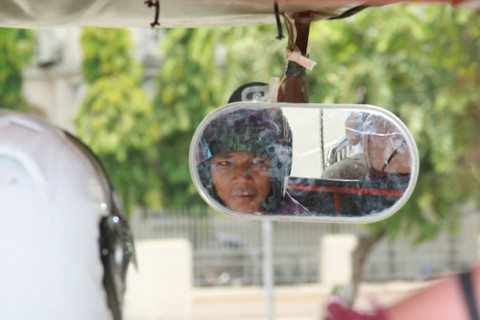 Tuktuks, motorcycle taxis pulling trailers that seat from two to ten are a cheap and easy way to get around Phnom Penh. 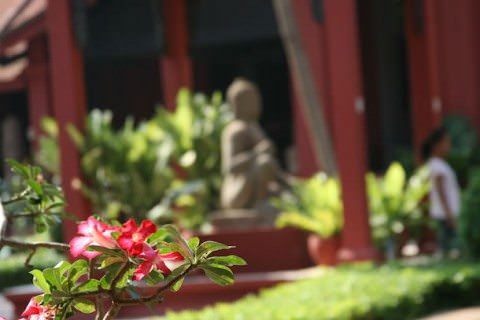 Situated near the Royal Palace, the National Museum exhibits more than 5,000 pieces of Asian art, sculptures and statues. 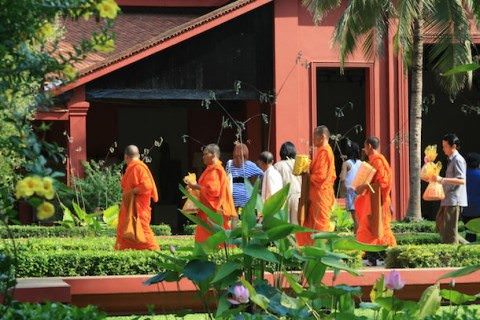 Monks who came to perform blessings at Cambodia's National Museum. 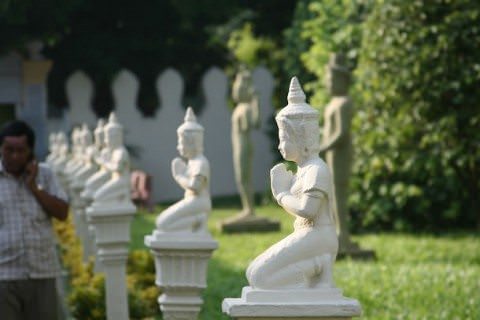 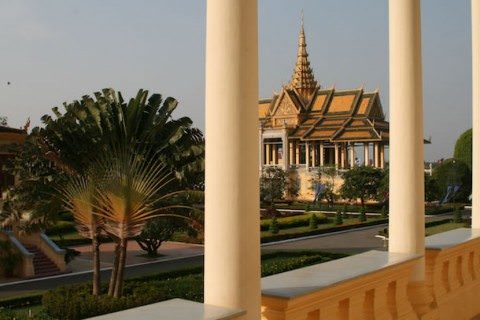 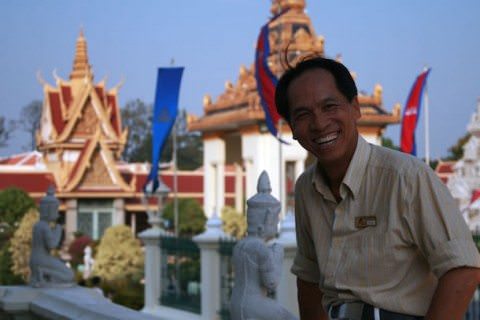 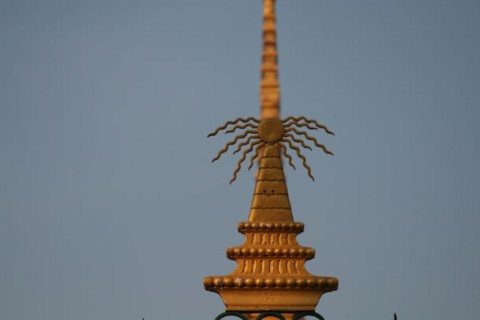 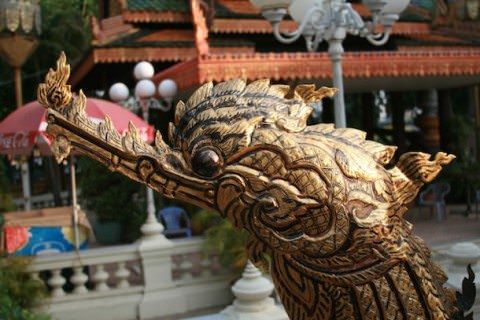