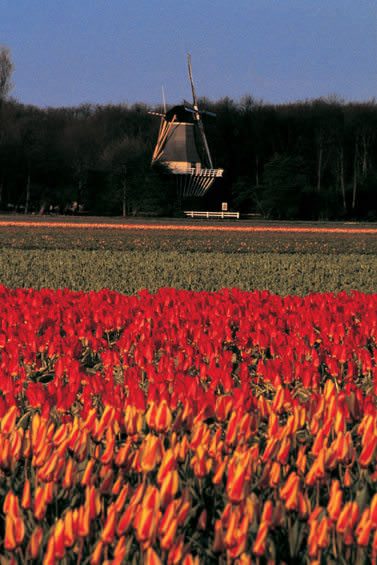 Want to sample a river cruise? Try a “Tulip & Windmill” cruise, which takes place during the spring in the Netherlands and Belgium.

Cruises typically begin and end in Amsterdam, overnighting in the Dutch city so that you have time to explore. Leaving Amsterdam, you will cruise past Holland’s annual floral splendor to visit two of Belgium’s most beautifully preserved medieval cities — Brussels and Brugge.

Or choose to go long. The completion of the Main-Danube Canal in 1992 spawned grand cruise itineraries from Amsterdam to Budapest — and beyond.

An engineering marvel, the 106-mile Main-Danube Canal permits modern-day vessels to travel from the North Sea to the Black Sea, opening up more than 2,200 miles of river and exposing today’s travelers to life along the banks.

Cruising the entire length of the Rhine and Danube rivers alone exposes travelers to ten countries in Eastern and Western Europe. Along the way are charming villages, storied capital cities, fairy tale castles, vineyards and more — all accessible from your floating hotel.