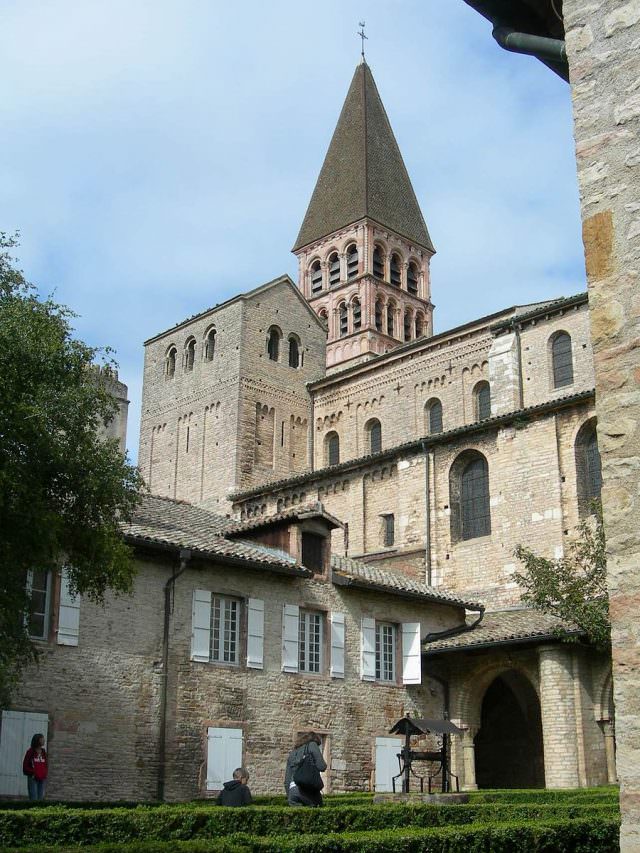 The Saint-Philibert Abbey, from the courtyard. © courtesy Wikipedia

Originally a Roman town of the 2nd century, Tournus broadened into an important trade center during medieval times. The houses and churches reflect a shift from Romanesque to Gothic architecture. A fascinating eight centuries of structural style is embodied in The Saint-Philibert Abbey with its crypt, frescos and chapel.

Whether you’re a cyclist or not, travel with the Museum of the Bicycle as it takes you along a journey of cycling with a collection of bikes from the early 1800s to the present. View bicycles from an era before pedals were invented. Thousands of exhibits from the cycling world, many related to the Tour de France, offer an intriguing look into the history of this wheeled conveyance.