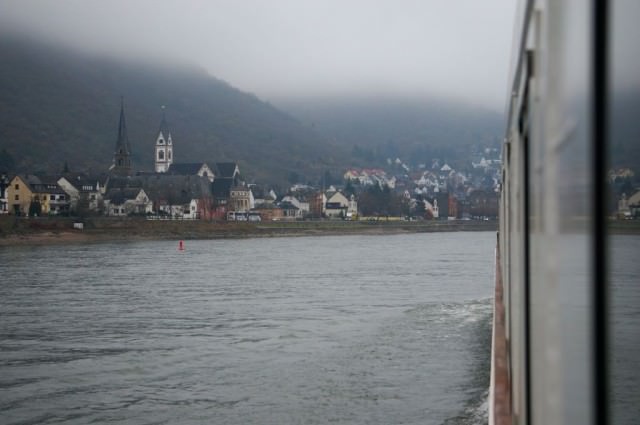 Mid-morning: cruising along the Rhine on A-ROSA Silva. © 2013 Ralph Grizzle

Early this morning we sailed away from Koblenz, having overnighted in this confluential city where the Rhine absorbs the Moselle and meanders to the North Sea. Most of the morning was shrouded in mist, which seemed somehow appropriate as we would soon be passing the mystical Lorelei. The rocks, and the eponymous maiden who sits like a queen on them, have lured many sailors and boats to peril. A-ROSA Silva would, of course, skirt danger and arrive as scheduled in Rüdesheim. 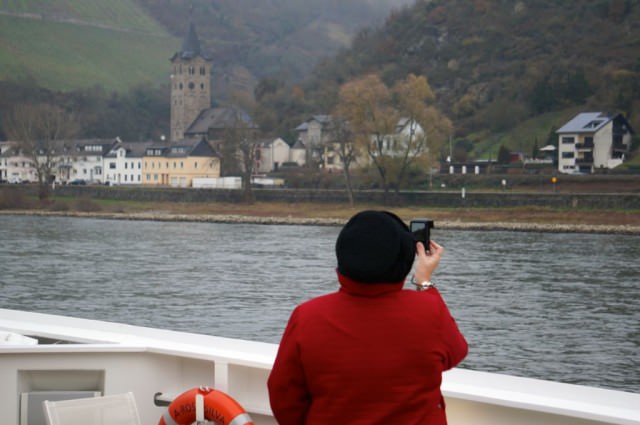 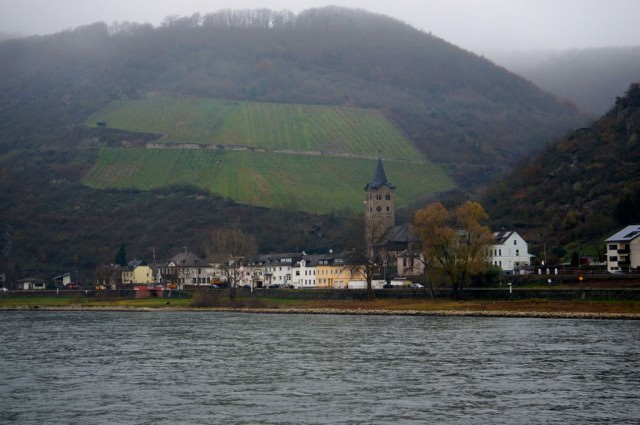 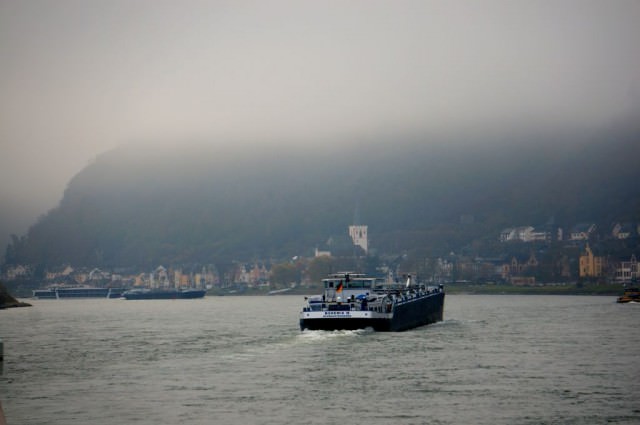 I particularly enjoyed my last day on board A-ROSA Silva. At 10 p.m., I fly from Frankfurt to Buenos Aires, a 14-hour flight that begins a new adventure, exploring Antarctica.

On A-ROSA Silva, however, it was time to say good-bye to the many good people I had met. There were Canadians, citizens of a nation that should be nominated as the world’s friendliest people; there were Americans, my fellow countrymen; and then there were Texans, Californians and New Yorkers — yes, also Americans, but … well, you know how they are.

I enjoyed meeting them all and hearing what they had to say about A-ROSA Silva. Most of the people I talked with had only good things to say about the vessel, the crew and their experiences. In fact, one consistency among all guests who shared their thoughts with me was the praise they had for the crew. Indeed, the men and women of A-ROSA Silva did an outstanding job. They are highly trained and professional, but more than that, they are personable and accessible, and they seemed genuinely eager to please, whether that means crafting a beautiful latte macchiato or preparing a bicycle for an afternoon of touring (both are free of charge, by the way). 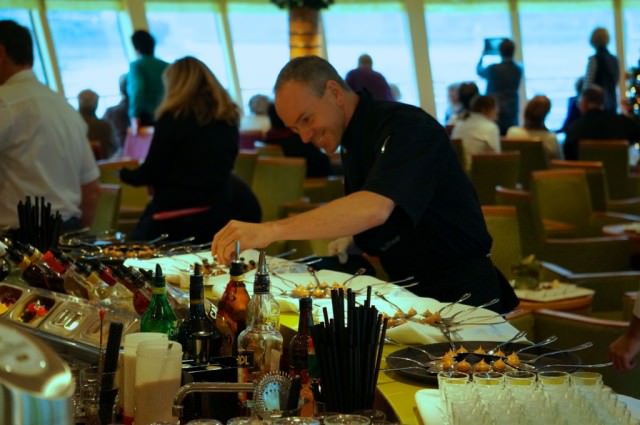 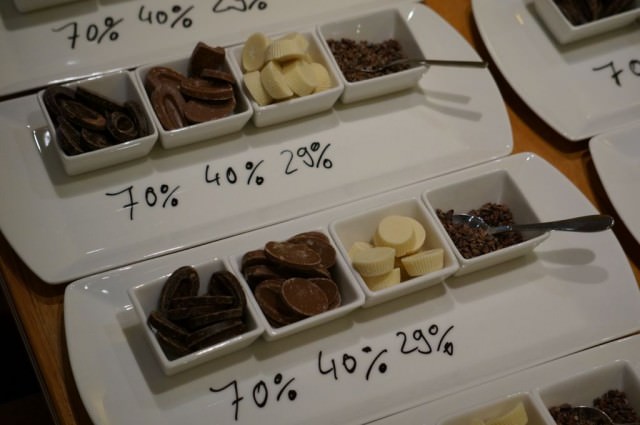 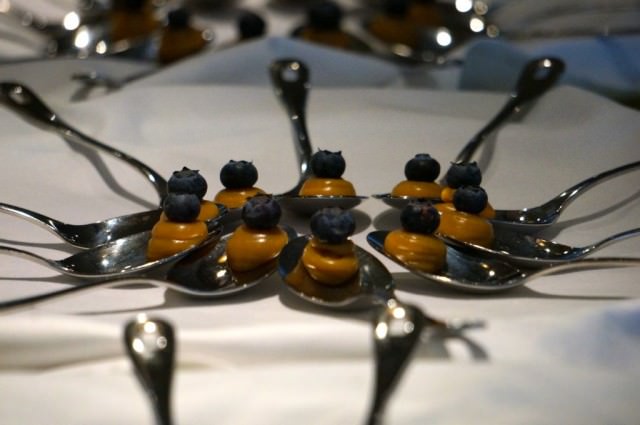 Guests also praised the dining experiences. The presentation and quality of the food was outstanding, as were the wines, many selected by Mario Braun, who works in the corporate offices for A-ROSA but who was on board to help guide A-ROSA’s transition. Up until this year, A-ROSA had only catered to European guests, but a new initiative, headed by David Morris International, offers select sailings to North American guests only. Braun and his crew were on board making sure that they had fine-tuned the A-ROSA product so that it met the needs and desires of North Americans. From my conversations with guests on board, Braun succeeded, except for perhaps a few trivial details, which I will get to in a moment.

Braun, who also has experience with food and beverage for Seabourn (hence, his polish and professionalism), held a wine-tasting last night. I counted more than 20 people attending, and we all left with new knowledge about German wines and the pleasure of having been entertained and educated — and pleasantly buzzed.

While Braun has experience with Seabourn, a few chefs and galley staff who I spoke with on A-ROSA Silva have experience with Silversea. That does not surprise me given the quality and presentation of the cuisine. 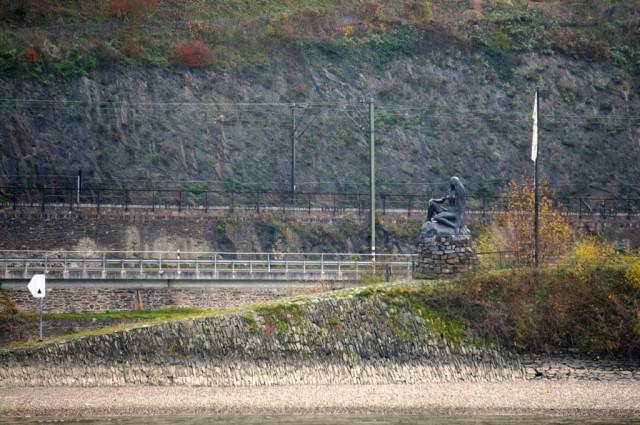 A few experienced travel agents on board had some valid complaints. During the sit-down dinners (as opposed to buffets), for example, the menu presented only one choice of main course. It wasn’t the case that there was only one choice, but diners weren’t made aware that there were “always available” selections. That could be easily remedied by amending the menus. Still, a valid criticism, and one I am sure A-ROSA will correct.

The take-away, however, is that the dining experience, both in the quality of the wines and the cuisine as well as the service, was of a high standard. I failed to meet anyone who was disappointed. On the contrary, I talked with a few experienced travelers who said that the cuisine was the best they had experienced on a river cruiser. 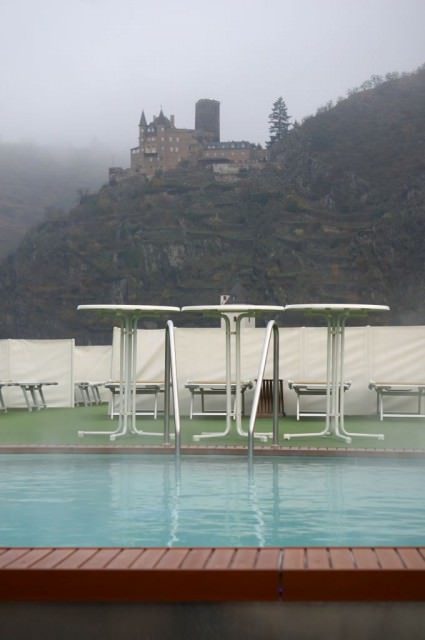 The view over the heated pool while cruising the Rhine this morning on A-ROSA Silva. © 2013 Ralph Grizzle 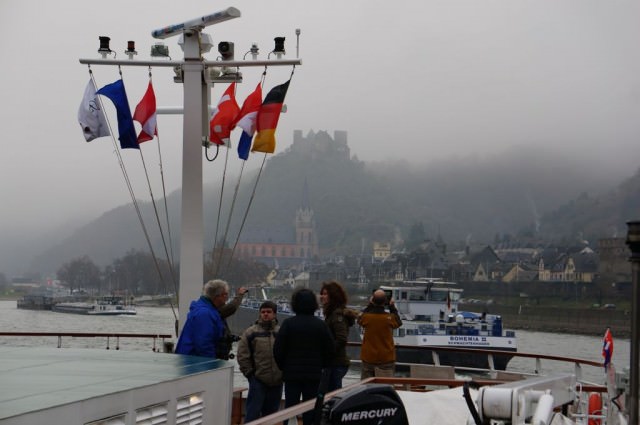 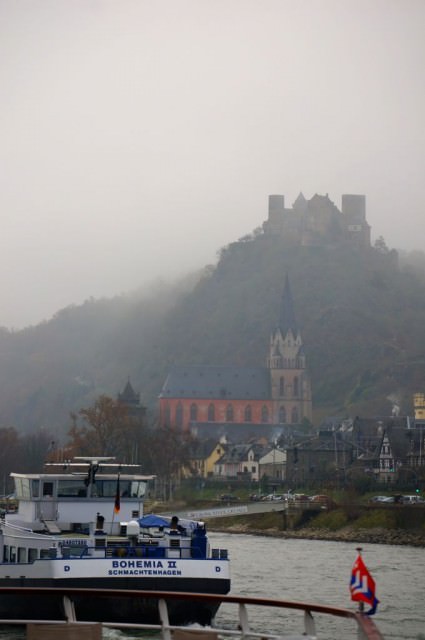 Another plus that I heard from my fellow A-ROSANS was related to the value. A-ROSA is deliberately under-pricing its product to create brand awareness in the North American market. The all-inclusive aspects sit well with guests. Included in the cruise fare: gratuities (except for a few euros that you may want to tip your tour guides ashore), beverages (including sparkling wine, beer, wine, spirits, speciality coffees, soft drinks, bottled water and more), transfers between the airport and vessel, and tours (except for a few premium tours). A-ROSA also has the standard inclusions that most other river cruisers are now offering: free WiFi, bottled water in staterooms and more.

On the Rhone, A-ROSA offers lunch by the world renown Paul Bocuse. Company executives estimate the value of this event to be $150 per person. It’s complimentary for A-ROSA’s guests. See this link for a photo slideshow of our lunch there this past summer.

There is a lot more that I could say about the product, but I summed things up in an earlier report, so if you would like to read more, see Assessing A-ROSA Stella: 9 Differentiating Factors That Would Make Me Cruise Again. 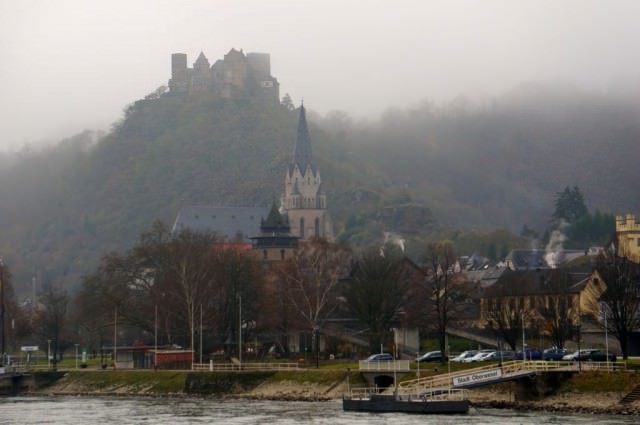 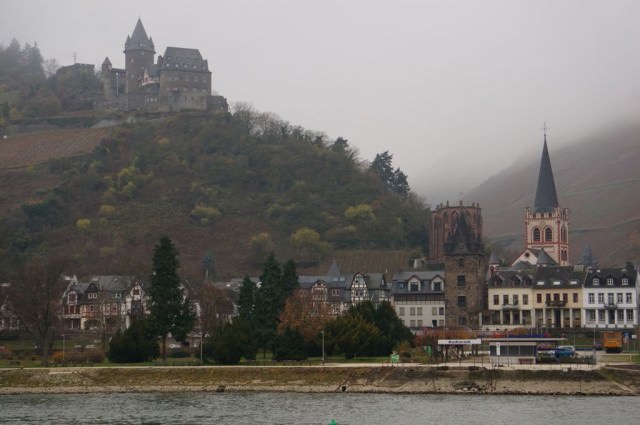 We are fortunate to have so many good choices when it comes to exploring Europe (and beyond) by river. What many river cruisers want to know is what makes one company different from another. A good starting place is to become familiar with the companies that operate river cruises, and you can do that at this link.

For A-ROSA, and for now, the points of differentiation are 1) all-inclusiveness (others will begin in 2014, however); 2) exceptional value (the pricing is hard to beat); 3) the fitness and spa facilities (which in my experience are the largest on the rivers); 4) the quality bicycles (I know — I’ve ridden the bikes of nearly every cruise company that offers them); and 5) the large, heated pool (it was used by several people, even in December).

I’m sure there are a few other aspects that differentiate A-ROSA from its competitors, and I welcome readers to join the conversation in the comments section below.

At the moment, however, it is time for me to hit the “publish” button and close the lid on the laptop. I need to gather my things and trundle out to Gate 15 here at Frankfurt airport. There’s a big Lufthansa jet waiting to take me and a few hundred others across the equator and the Atlantic. I will be in Buenos Aires for less than 24 hours, which is fine by me. A real adventure awaits, the White Continent.

Tonight, as I am flying, I’ll reflect on pleasant thoughts of my river cruise along the Rhine and the good group of people I met. I hope to see them again on other cruises in other places on this beautiful planet, and if luck prevails, we may just meet on A-ROSA once again. 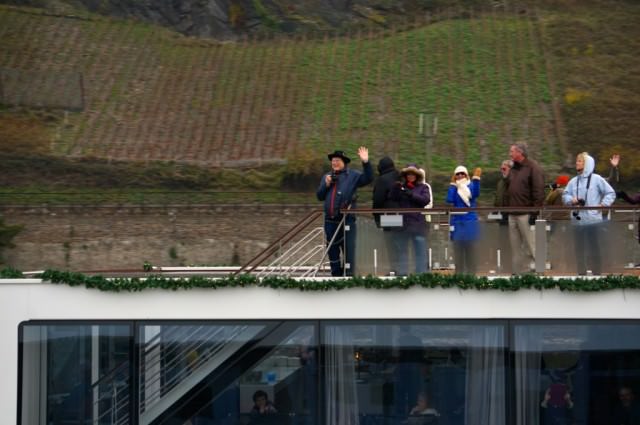 Waves from another river cruiser while crossing paths along the Rhine river. © 2013 Ralph Grizzle