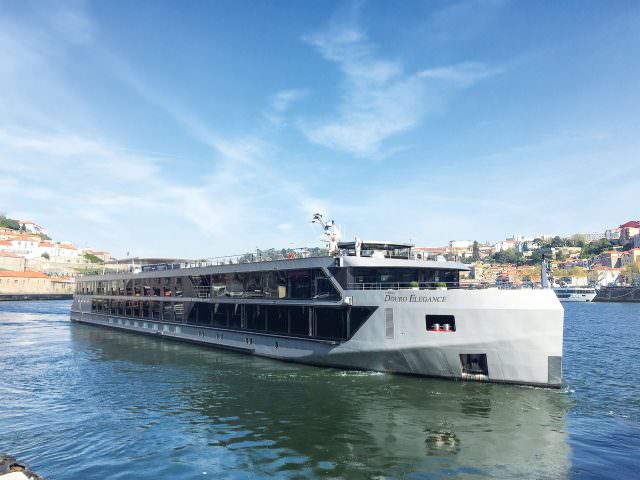 The Douro Elegance operates river cruises along Portugal’s Douro River for Riviera River Cruises. Built in 2017, she carries 126 guests and a crew of 36. She sails Riviera’s eight-day, The Douro, Oporto and Salamanca river cruise itinerary that departs roundtrip from Porto, Portugal.

Douro Elegance is smaller than Riviera River Cruises’ other vessels in Europe; a necessity of the many narrow locks that line the length of the Douro River. Because of that, standard stateroom sizes aboard the Douro Elegance are slightly smaller than some of the company’s other ships, but Riviera River Cruises makes up for that with the sharp, modern décor found onboard.

A second sister-ship, Douro Splendour, will debut in 2018. 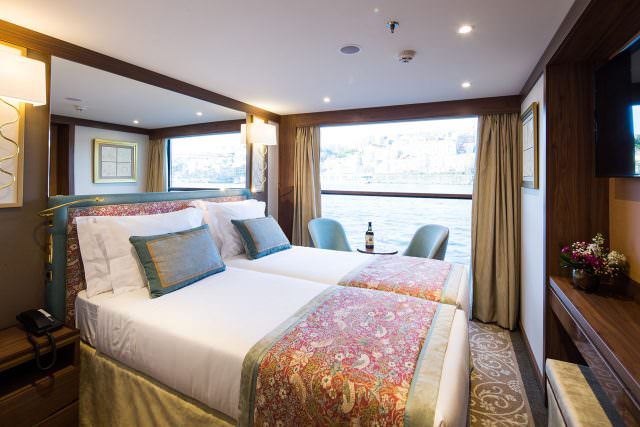 Staterooms aboard Douro Elegance, like this Standard room on Upper Deck, are inviting and well-designed. Photo courtesy Riviera River Cruises. 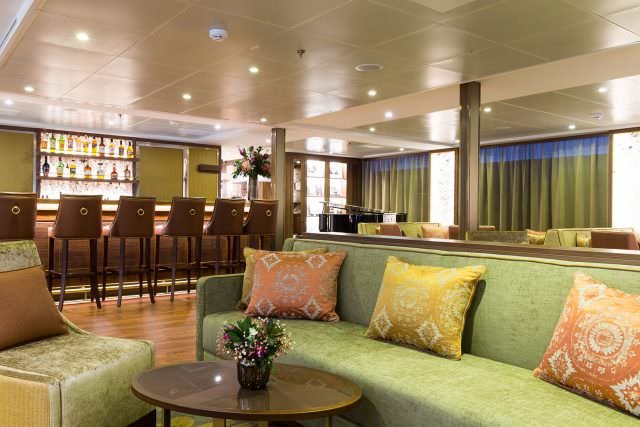 The main lounge aboard Douro Elegance is the social hub of the ship. Photo courtesy Riviera River Cruises.

Public areas aboard the Douro Elegance are similar to what you’d expect to find on other river cruise ships, with a few additional surprises.

The Main Lounge and Restaurant are located all the way forward, and feature floor-to-ceiling windows and cozy, inviting décor. Seating options are plentiful, and crowding is rarely an issue, even during peak times.

Forward of the Main Lounge is an outdoor seating area located on the ship’s bow. It’s a great spot to relax with a cocktail, or just to admire the views of the Douro as you sail past.

Up on the Sun Deck, guests will find both shaded and uncovered seating options, along with an oversized swimming pool – the perfect way to cool down during the summer months, which tend to get quite hot on the Douro. 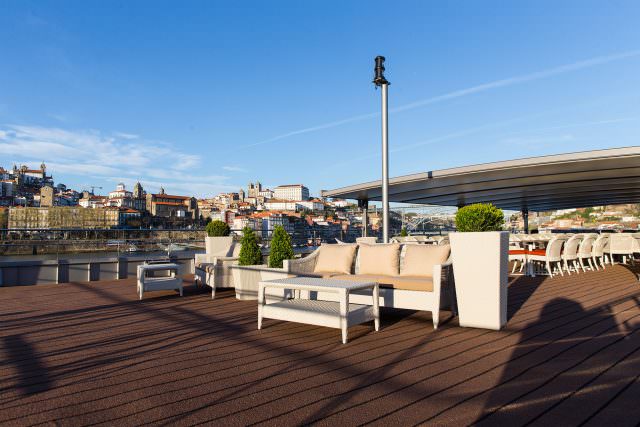