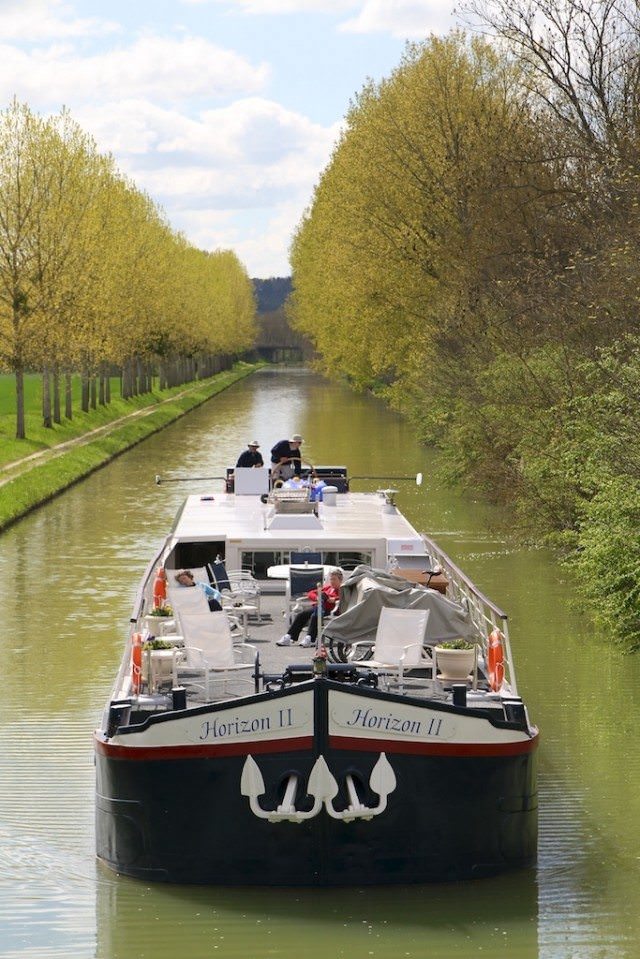 French Country Waterways has been extensivly covered on River Cruise Advisor’s sister site, Avid Cruiser. Click on the links below to view photos, posts and videos from a voyage report by Ralph Grizzle about his barge experience through Burgundy on the Horizon II in April/May 2012. 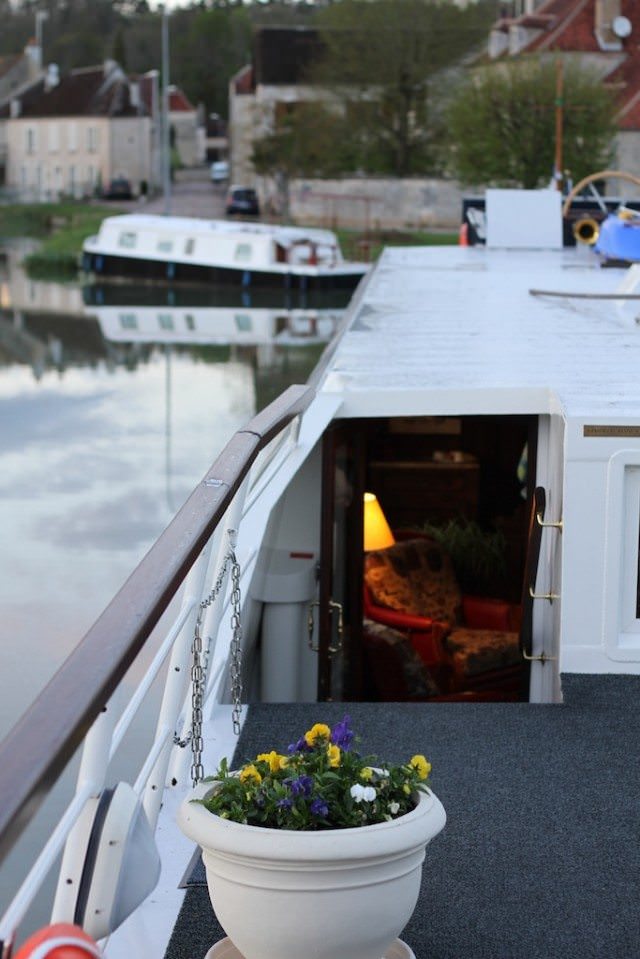 Horizon II features a sundeck, and a lounge/living room/dining room, all in one large space, down below. Come on in. We’re going barging © Ralph Grizzle

The lounge/living room/dining room is situated just a few steps below the sun deck. 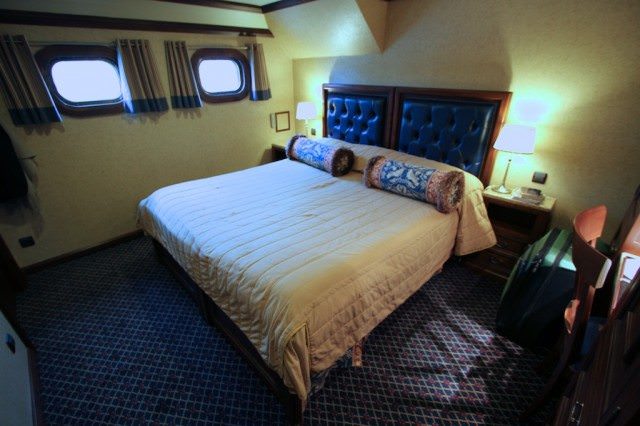 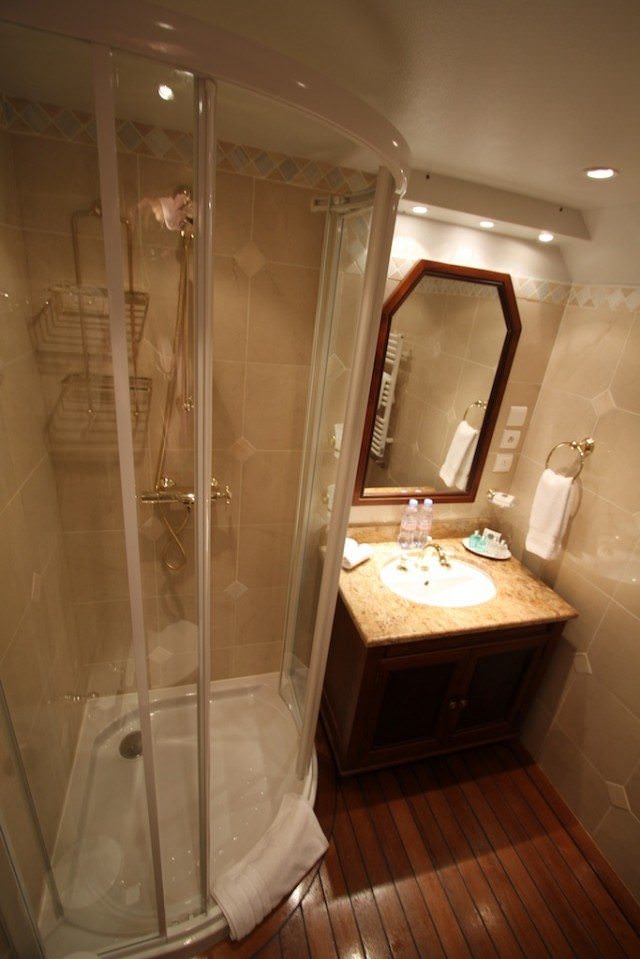 Built in 1950 as a commercial barge, Horizon II was reconfigured in the mid 1980s as a hotel barge carrying 12 passengers. She was reconfigured again in 2004/2005 to create larger staterooms and bathrooms, reducing the passenger count from 12 to eight. Large by barge standards, Horizon II’s bathrooms feature showers with plentiful hot water, towel warmers, robes, good lighting but no make-up mirrors, and luxury Lanvin bath amenities. © Ralph Grizzle 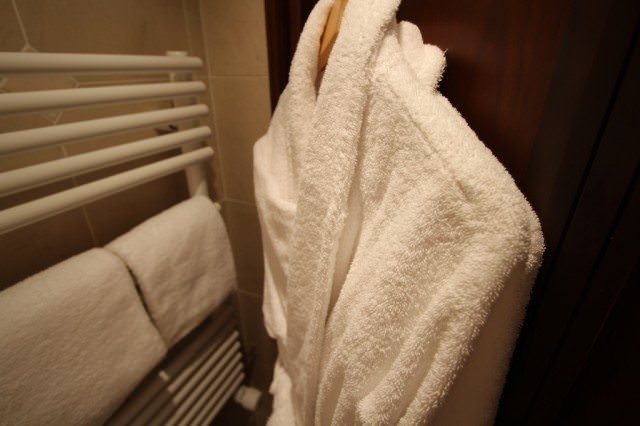 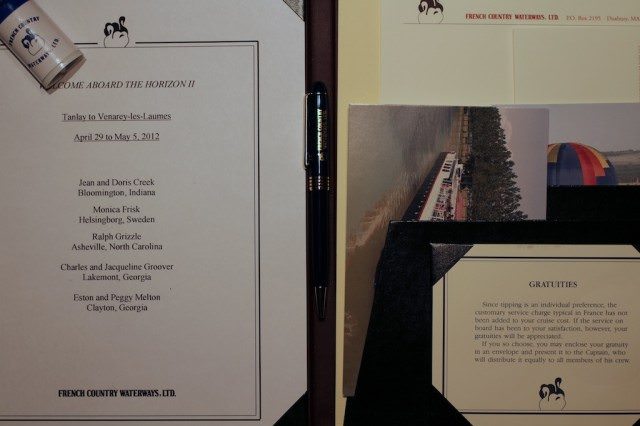 On the desk was a passenger list and a note about gratuities. Pre-cruise documentation indicated that while not required, gratuities were appreciated, and that average gratuities ranged from 5 percent to 10 percent of the cruise cost. How much is that? 2012 rates for two on the six-night voyages range from $11,000 to $13,000 per couple, putting gratuities in the range of $550 to $1,300 per couple.

The trip was a lifelong aspiration for a few of our fellow passengers, and an “agonizing” decision for at least one of them, because of the expense, yet no one expressed buyer’s remorse at any point during the trip. During lunch at the end of our trip, I asked if the others if they felt that the trip, while pricey, was a good value. Each of them indicated, in their own ways, that the trip had exceeded their expectations. 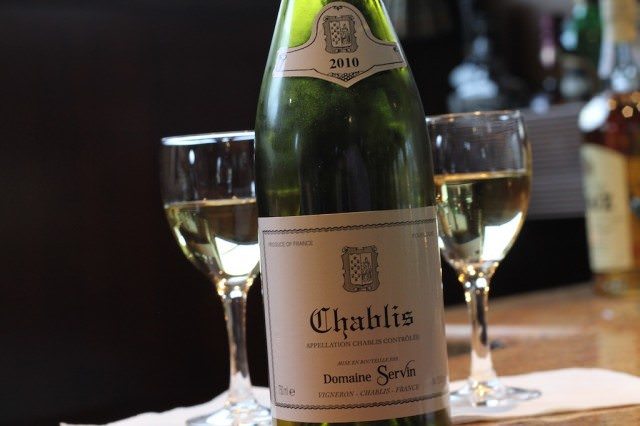 During the course of the week, we would sample more than 30 wines, most from Burgundy, all from France. Who knew that Chablis is one of the best known wines coming from the Burgundy region? © Ralph Grizzle

As much as it was an epicurean adventure, our barge cruise was also an adventure for oenophiles. Two varieties of fine French wines were presented for lunch and dinner, always a white and a red, and always fine vintages. During the course of the week, we would sample more than 30 wines, most from Burgundy, all from France. 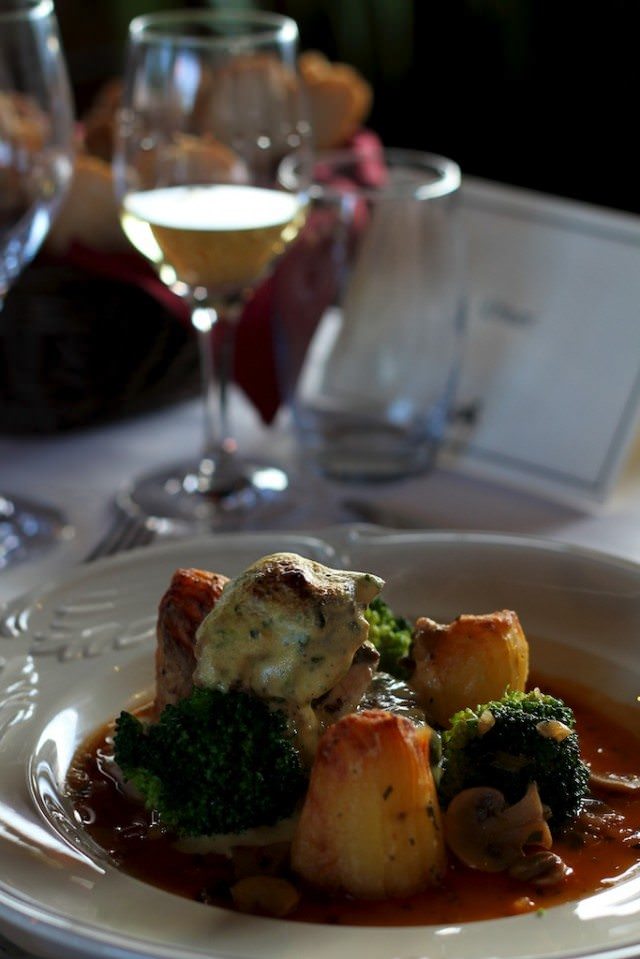 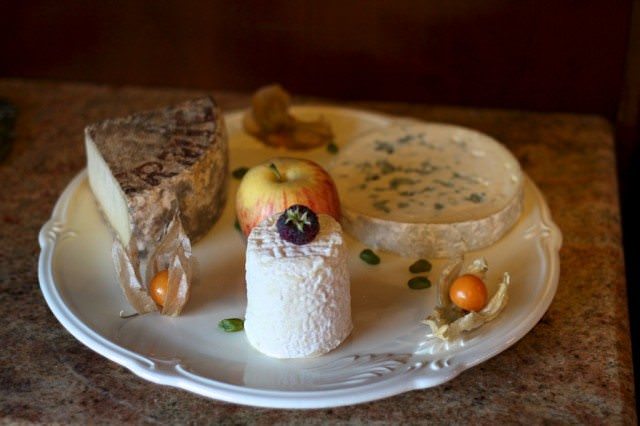 During the course of the week, we would sample more than 30 French cheeses served at the end of the lunches and dinners. Our hosts educated us about each cheese, as they did with the wines. These cheeses, clockwise from right: Fourme d’Ambert, Chabichou, Tomme de Savoie. © Ralph Grizzle

We also sampled three varieties of French cheese after each lunch and dinner. Again, our hostesses would explain the cheeses, so that by the end of the week, I knew a great deal more about wine and cheese than I knew before stepping on board.