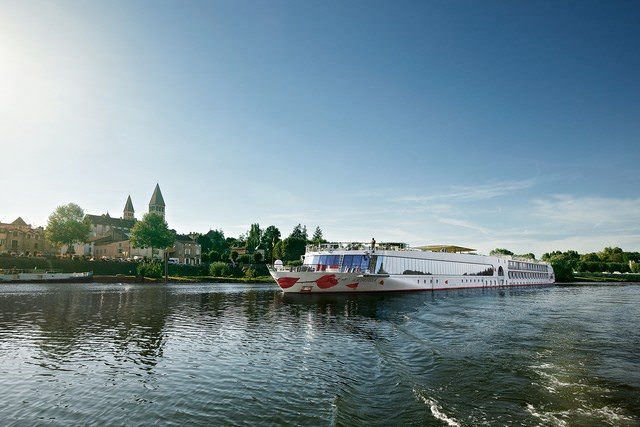 Sleek, comfortable and charming are three words to describe A-ROSA’s 412-foot long, 174-guest A-ROSA STELLA. Constructed at the Neptun-Werft shipyard in Rostock, Germany, she entered service in 2005 and can be easily identified by her large wraparound panoramic windows that grace her forward superstructure — not to mention the trademark “smiling lips” painted on her bow. In 2014, A-ROSA STELLA will sail the gorgeous Rhone & Saone Rivers, operating the line’s weeklong, A Toast to Provence and Burgundy itineraries departing roundtrip from Lyon, France. 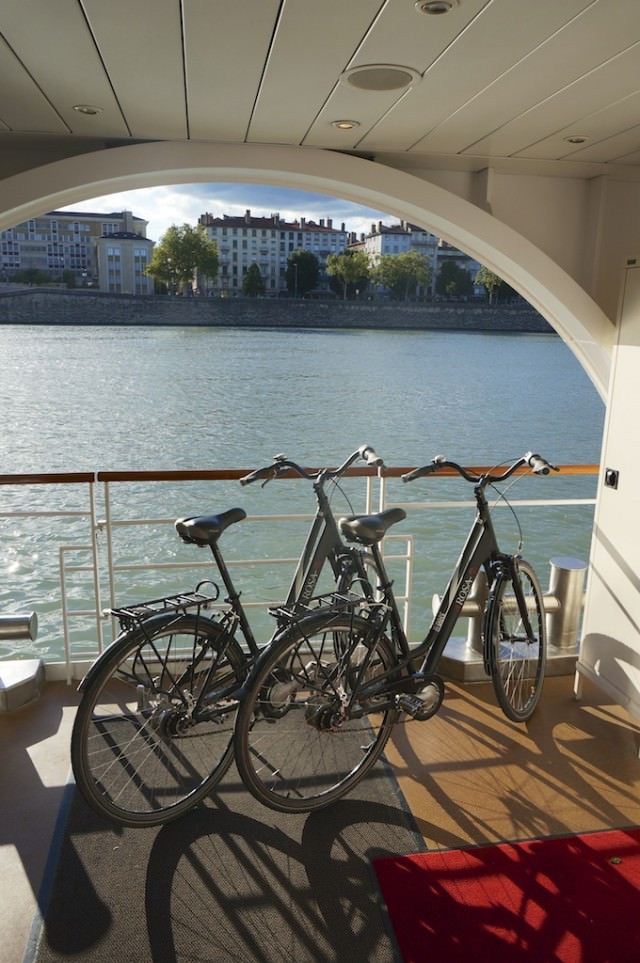 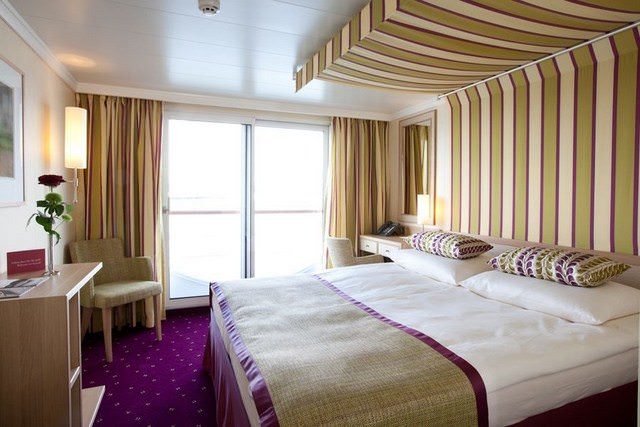 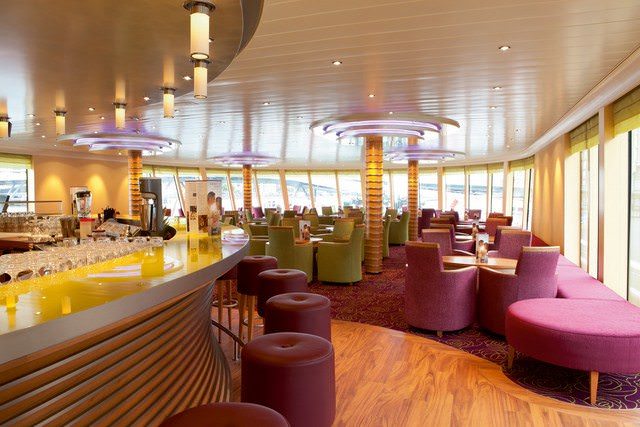 The attractive main Lounge is the perfect gathering place after a day ashore. Photo courtesy of A-ROSA.

A-ROSA STELLA offers all of the amenities and features that North American cruisers have come to expect in a river cruise ship, all packaged and delivered in a warm, welcoming style that is distinctly A-ROSA. 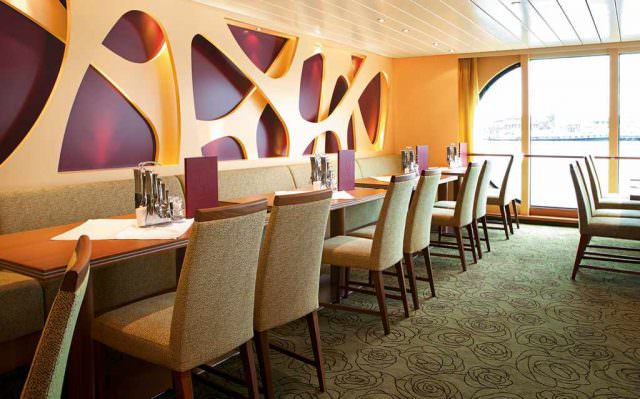 Bold and inviting dining options are present aboard all A-ROSA ships. Photo courtesy of A-ROSA.

All the way forward on Deck 2 is the customary Lounge, featuring 180-degree views of the passing landscapes. Unlike other river cruise vessels we’ve experienced, the Restaurant, with its Buffet Stations, is situated on Deck 2 between the Reception Lobby and Lounge. The Restaurant’s location is higher up than on many other river cruisers and allows for a picturesque perspective when docked and cruising. 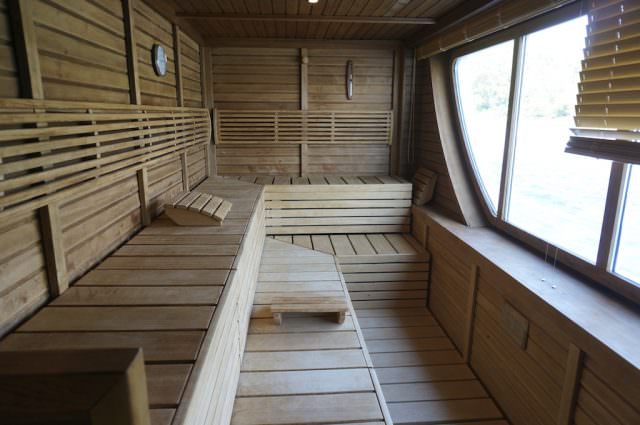 On Deck 1, a larger-than-average SPA offers some unique amenities for a river cruise ship, including a Massage and Beauty area; a Steam Room & Organic Sauna; a Finnish Sauna; and a Relaxation Room.  This is in addition to a dedicated Gym, large for river cruisers and with a good selection of training equipment. 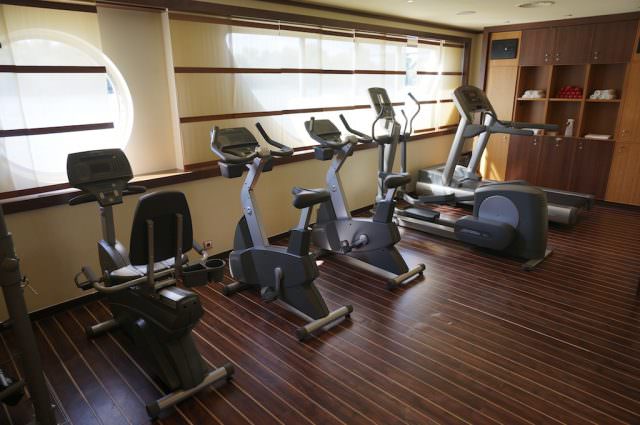 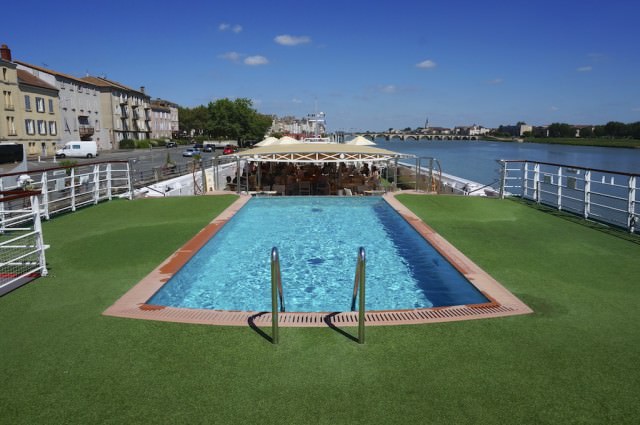 Be sure to see Ralph Grizzle’s Assessing A-ROSA Stella: 9 Differentiating Factors That Would Make Me Cruise Again

Check out our photo slideshows featuring our weeklong cruise on A-ROSA Stella.