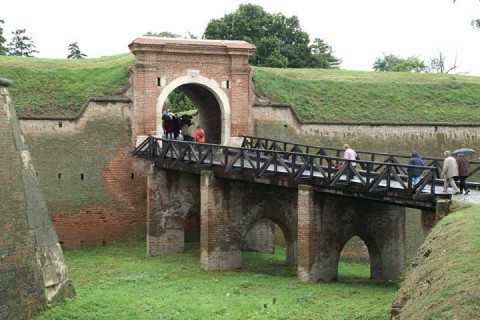 A view of the Petrovaradin, Novi Sad’s fortress that was never taken. Photo courtesy of Avalon Waterways.

Located along the magnificent Danube River, Novi Sad is Serbia’s second-largest city after Belgrade.  Founded in 1694, the city quickly earned a reputation as a major manufacturing and cultural center of the time, but was heavily devastated during the 1848 Revolution. A census taken in 1850 concluded the former city of almost 20,000 had seen its population dwindle to just over 7,000 inhabitants.  While rebuilt during the intervening years, the city suffered further during the Second World War and the more recent Kosovo War in 1999.

Rising from the ashes, the Novi Sad of today is a major financial and industrial centre, as well as a cultural anchor of the country.  Despite its rocky history, some historic areas of Novi Sad still remain to this day, a testament to the builders of the “old world.”

River cruise ships calling on Novi Sad typically tie up along the Danube, not far from the center of town.

When in Novi Sad…

There’s plenty to do in this city of contrasts. Among the best ways to spend your day: