Don’t make the mistake of summing up the destination of Amsterdam as a city of tulips, cheese, and bicycles, alone. There is so much more to this iconic European city, packed with layers upon layers of beautiful sites to see. As the capital of the Netherlands, Amsterdam has a reputation that tends to precede itself. Most people know that it’s quaint and friendly, but few know how dynamic this city really is. 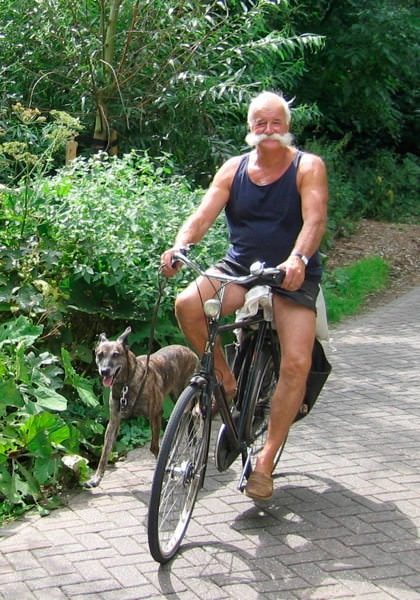 The capital of the Netherlands, Amsterdam exudes a warmth and charm that is uniquely Dutch. In many ways, it is the ideal city, offering a combination of historic sites and modern amenities that’s difficult to replicate anywhere else. You can see your fair share of Amsterdam if you plan to stay a couple of days before or after your cruise. 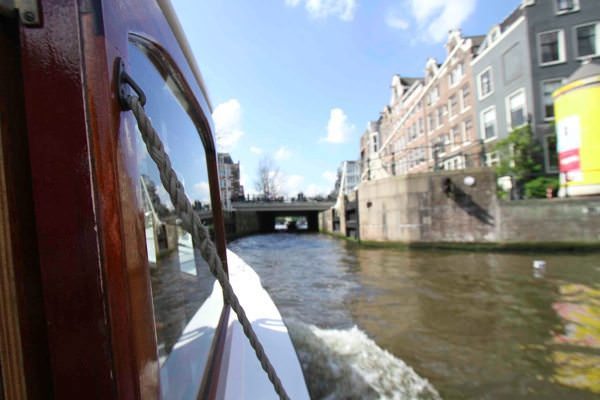 The city is probably best known for its beautiful canals, tall narrow buildings, and numerous squares, coffee houses, trendy restaurants and museums. The city also boasts one of the most impressive collections of heritage buildings – more than 7,000 – of any European city and remains largely unchanged since the 1800s.

Amsterdam is also recognized for its tolerant attitudes. Prostitution is a legalized, regulated industry here, and if you choose to wander around the Old City Center, chances are you will run into the city’s Red Light District at some point.

Marijuana, while not strictly legal, is tolerated here, and has given rise to numerous coffeeshops. Not to be mistaken for cafes or coffee houses serving up caffeinated beverages, these coffeeshops serve up cannabis for those who wish to partake. All of these are regulated to some degree, so don’t expect to see people stumbling around in a stupor. Professional shops take their wares – and their consumption – seriously.

Tolerance, however, is arguably one of the most attractive features of this fascinating city. Amsterdam is a family-friendly destination, despite some of the “seedier sides,” which can be easily avoided, that are part of the unique and diverse culture.

Since Amsterdam is a major embarkation port for river cruises, chances are you may be spending some extra time in this lovely city pre-or-post cruise.

Where To Stay in Amsterdam

The city caters to all budget types, but if you’re looking for something more luxurious, here are some of the best hotels in Amsterdam:

Where you choose to stay in Amsterdam largely depends on your budget. If you’re interested in more budget-friendly options, you want to consider Yays! It’s an apartment rental company that offers hundreds of apartment options throughout the city at reasonable rates.

While some river cruise vessels tie up at the large Amsterdam Passenger Terminal utilized by larger cruise ships, many will dock closer to the city center, at Westerdoksdijks (Western Docks), Oosterdoksdijks, (Eastern Docks), or along De Ruyterkade.  In all cases, many of Amsterdam’s key attractions are just a stone’s throw away.

Where To Dine in Amsterdam

The city is host to a plethora of incredible restaurants, cafes, and indoor food markets. With so much choice to choose from, here are some of the top spots to eat your heart out: 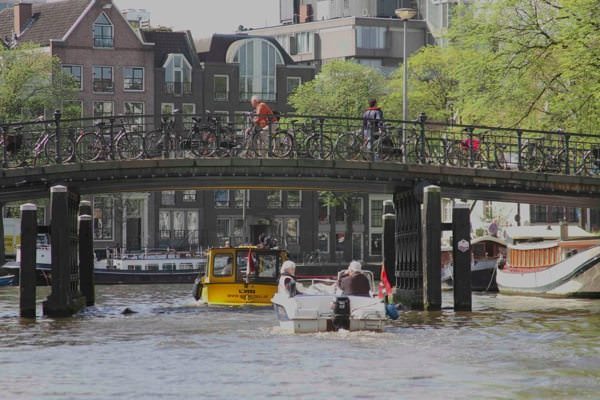 One of the great things about Amsterdam is just how pedestrian-friendly the city is. Most major attractions can be reached in under 30 minutes on foot. The city is also a cycler’s paradise. Bicycles can be rented from numerous vendors, and make an excellent mode of transportation for those looking for a leisurely way to explore the city or the beautiful (and nearby) Dutch countryside. 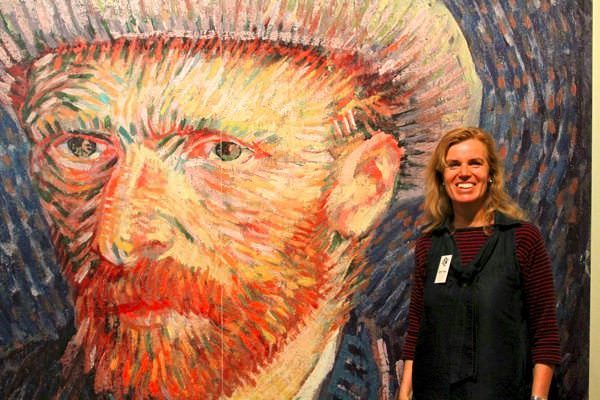 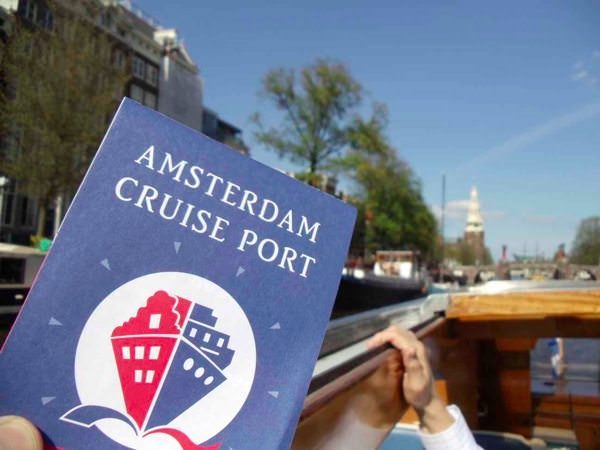 Explore Outside the City Limits

If you’d like to get a true feel for the Dutch way of life, you want to plan a half-day trip outside of Amsterdam. Here two of the best (and closest) areas to visit:

Amsterdam is one of the most bike-friendly cities in the world. Just north of Amsterdam is Waterland, a quaint region situated on the banks of Markermeer lake. If you are gearing up for a bike tour, going cycle seeing through Waterland’s scenic bike trails could be a great adventure. This area is a haven for locals and tourists alike looking to stretch their legs and engage in a bit of adventure.

You can do the entire bike tour through Waterland in about a day, or you can opt for shorter outings of just a few hours. The entire route, depending on the one you choose, is between 30 kilometers and 55 kilometers.

The Marken Cycle Route takes you to the former island of Zuiderzee in the Waterland region. You will pass through a couple of notable villages such as Zuiderwoude, Holysloot, and Ransdorp.

Waterland is dotted with quaint villages and breathtaking scenery. There is plenty of information out there if you want to check some more out-of-the-way villages and plan your own route.

Many of the old town districts of these villages have world-class cheese shops, cozy pubs, and enchanting shopping opportunities. Each village has its cultural flavor and fun things to explore.

All are linked by Waterland’s magical scenery of dykes, canals, rivers, open country, and waterside pastures. The late spring and summer are two of the best seasons to visit, as the weather is lovely. In the fall and winter, the region gets more inclement weather and colder temperatures that may not make it appropriate for a bike trip.

Getting to Waterland From Amsterdam

Waterland is easy to access from Amsterdam via public transit, private car, ferry, or even your bicycle. It may be cheaper to find accommodations in Amsterdam and do a bike tour through Waterland as a day trip.

You can leave northern Amsterdam on your bicycle and circle the entire region in about two hours and thirty minutes of non-stop cycling.

Marken on the former island of Zuiderzee is a bit more out of the way and may take you a little longer to access. It is well worth the trip however as its classic wooden houses in the quaint fishing village are an interesting tourist attraction.

If you want a full cultural immersion experience in the hinterlands, you may want to try finding accommodations in one of the rural villages in the region and using this as your home base.These may be a bit more expensive than somewhere in Amsterdam proper, but they will be quieter and add to the overall allure of the country-style vacation you may be seeking.

Traveling to Amsterdam couldn’t be easier. Flights from around the world arrive at Schiphol Airport, located just 15 kilometers from the city.

National carrier KLM operates the majority of the flights here, though North American travelers may also utilize nonstop flights operated by United Airlines and US Airways. Connecting flights are available on many major European carriers as well. 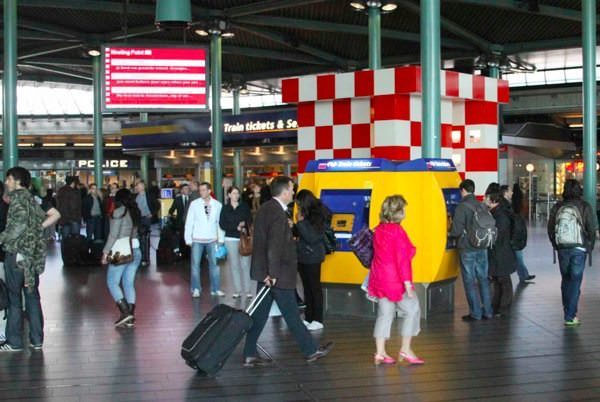 Schiphol also has its own dedicated train station, with up to seven departures every hour running into the city center and the central rail station (Amsterdam Centraal Station), not more than 10 minutes walk from where most river cruisers dock and the Amsterdam Passenger Terminal.

Travelers making their way to Amsterdam from other parts of Europe may have other alternatives open to them. Rail service here is very good, most of which depart and arrive from Amsterdam Centraal Station. Connections can be made with Eurostar trains for passengers arriving from England and France, as well as Germany, Italy, Prague, Austria and Russia.

Ferry service also runs from the Dutch port of Ijmuiden from Newcastle-upon-Tyne, which is serviced by DFDS Seaways.