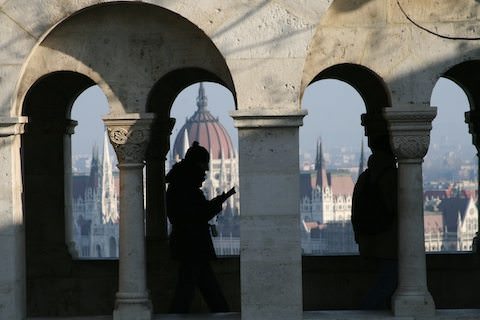 Regarded as one of Europe’s most attractive cities, Budapest is beautiful no matter what time of year. Those on river cruises departing Budapest will find the Hungarian capital easy to get around and exciting to visit.

Situated on opposite sides of the Danube, Buda and Pest were united in the 19th century to form the Hungarian capital Budapest. The beginning or ending point for most Danube cruises, Budapest was once referred to as the “Queen of the Danube,” because of the city’s cultural significance at a time when Hungary was three times the size it is today.

On one side of the Danube, hilly Buda retains much of its Middle Age charm. Its cobbled streets and Gothic buildings have been well preserved. On the other side of the river, Pest is the thriving city center. 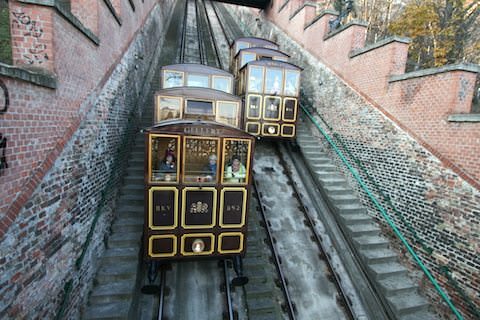 River cruisers typically dock on the Buda side, within walking distance of Castle Hill. If you prefer, there is a funicular that will take you up to the site. Either way, you’ll enjoy fantastic views of the Danube and Pest. 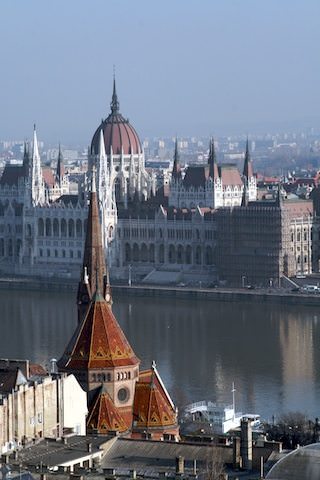 You could easily spend three to four hours on Castle Hill, visiting the museums, galleries, shops and cafes. But don’t spend so long that you miss Pest.

At the foot of Castle Hill, near the funicular station, the Chain Bridge connects Buda and Pest. Walk across it, and admire the views, before reaching the city on the other side of the Danube. The building directly in front of you, by the way, is the Four Seasons Hotel. Stroll inside and admire the grand lobby. 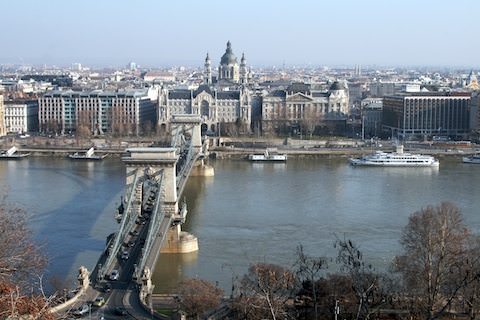 Ask directions to Vaci Utca, the pedestrian-only shopping street, just a few minutes walk away from the Four Seasons. At Vörösmarti ter, a large and lively square, stop for coffee and and a slice of the moist plum pie known as zilvás lepény at Cafe Garbeaud.

The well-known landmark has stood here since 1870. Because of its popularity and that fact that it has become a tourist attraction, Cafe Garbeaud has lost some of its charm. Nonetheless, it’s worth a peek inside the “filled to capacity” cafe. There are cafes that arguably are more enjoyable in Budapest, including Cafe Pierrot at Castle Hill. 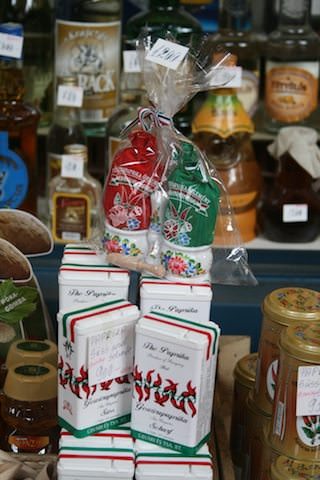 From Cafe Garbeaud, stroll down Vaci Utca and go as far, if you wish, to the Market Hall, where you can pick up your souvenir paprika — or skip the stroll and board the UNESCO World Heritage Millennium Underground Railway, the first on the European continent. 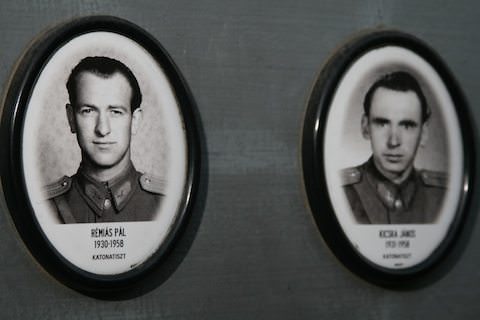 The railway is a mix of metro and amusement ride, with its cute cars snf noisy, curved tracks.

Exit at Oktogon square and walk up Budapest’s most famous avenue, Andrassy, to the House of Terror, situated in the former headquarters for the secret police of both the Nazi and Communist governments.

One of Europe’s most emotionally moving museums, the House of Terror depict the horrors against Hungary during the Nazi and Communist regimes. 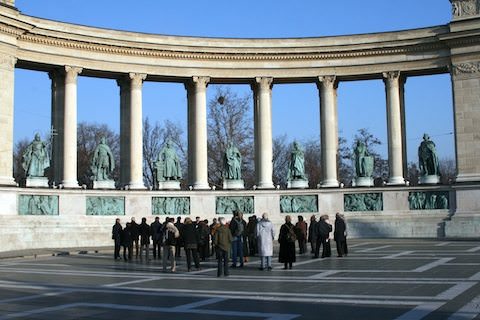 You could walk from the House of Terror along Andrássy to Hero Square and its monuments that were built in 1896 to commemorate the 1000th anniversary of the arrival of the Hungarians. Should you visit Hero Square, you may also want to stroll through the City Park, situated adjacent to the square.

At the City Park, the Gundel is perhaps the most famous restaurant in Budapest. If you’re not up for a full meal, try the Gundel Palacsinta, the century-old pancake that has a filled with rum, raisin, lemon rind and walnuts, served with a chocolate sauce – baked and flambéed upon request.

Head back to Andrássy to stroll along the street that is a World Heritage site itself. Heading back in the direction of the city center, you’ll pass the Opera House and other attractions as well as shops, restaurants and bars.

Stop for lunch along the way, and try the Fogas, which is Lake Balatan pike-perch, breaded and fried or grilled. The Fisherman’s soup (halaszle), another favorite, is a rich mixture of several kinds of poached fish, tomatoes, green peppers and paprika.

From the city center, a free water shuttle will take you back to the Buda side, within easy walking distance of your ship.

The Ultimate River Cruising Handbook is available in print and digital formats. The book includes 2019 pricing charts for all rivers and all major river cruise companies. Get your copy now.
END_OF_DOCUMENT_TOKEN_TO_BE_REPLACED