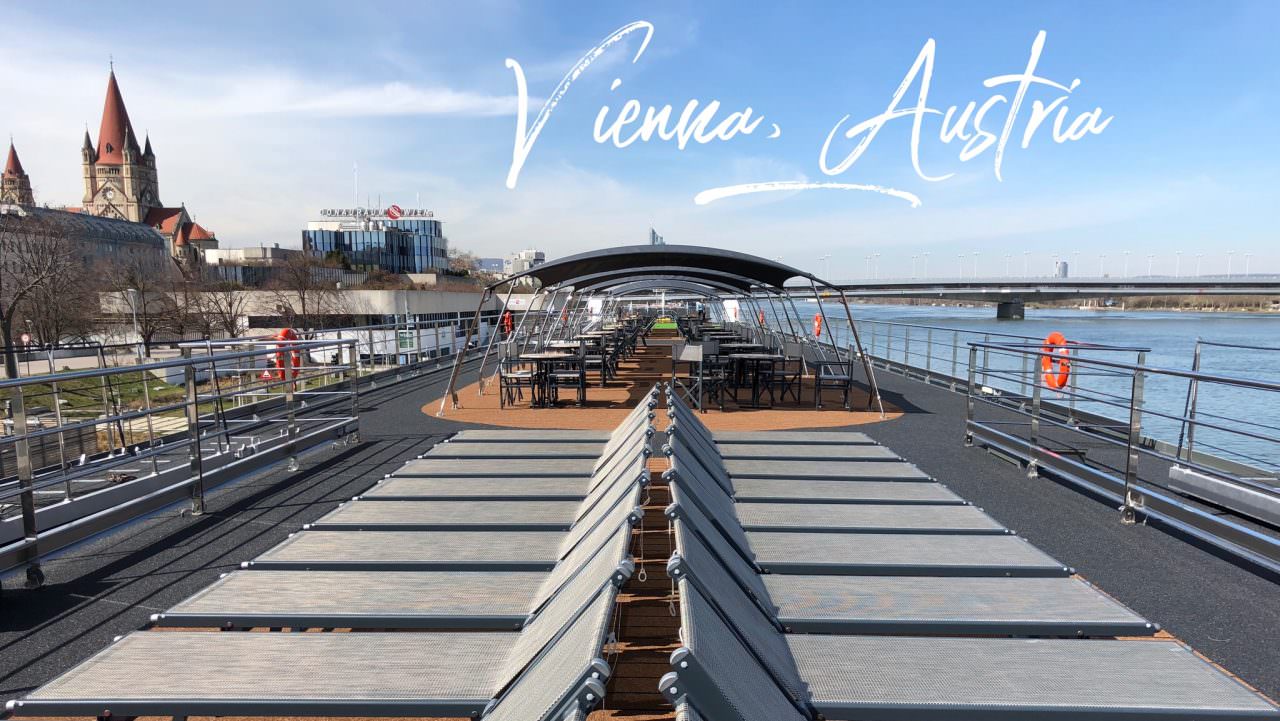 Vienna is both the capital and largest city in Austria. The 10th largest city in the European Union; more than 1.7 million people call this historic city home, which is renowned for its forward-thinking urban planning.

In 2001, Vienna’s historic city center was designated as a UNESCO World Heritage site, and still offers up plenty of charm, historic sites, and friendly citizens who are forward-thinking, yet fiercely proud of their rich heritage.

Vienna is situated along the magical Danube. Your river cruise ship will dock near the city center at the Reichsbrucke, with easy access to the city center via the U-Bahn 1 Line.

There’s definitely no shortage of things to see and do during your time in Vienna, and getting around is easy thanks to the walkable nature of the city (cycling is also a good way to get around). For far-flung attractions, the five U-Bahn metro lines are your best bet for getting there quickly. Trains run every two to seven minutes on average. 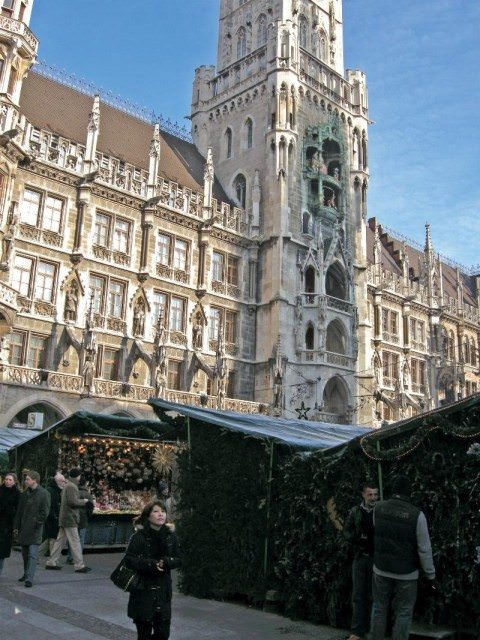 The city of Vienna is well known for its Christmas Markets. Photo courtesy of Uniworld River Cruises 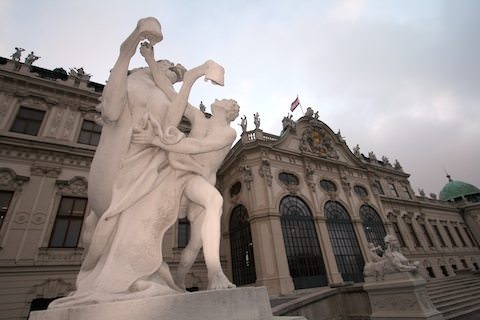 A Local’s Guide To Exploring Vienna

Vienna holds many hidden treasures. “The soul of Vienna is behind doors that you don’t easily find and in hidden cellars that aren’t so apparent,” says Wade Korzan, a Californian who has been living in Vienna working with AmaWaterways.

One such cellar is Zwolf-Apostelkeller, or the 12 Apostle’s Cellar, marked only by a small sign and situated underground at Sonnenfelsgasse 3, just a few minutes walk from Vienna’s iconic landmark, St. Stephan’s Cathedral (Stephansdom), one of Europe’s best-known Gothic buildings.

Zwolf-Apostelkeller’s rows of wooden tables sit beneath vaulted ceilings surrounded by walls that predate 1561. The dungeon-like wine cellar serves up a selection of beer and wines as well as hearty Austrian fare, at a price that the local students and tourists alike appreciate.

It’s discoveries like these that enhance the visitor’s enjoyment and understanding of Vienna, and certainly, tourists must dig deeper to discover the real Vienna. 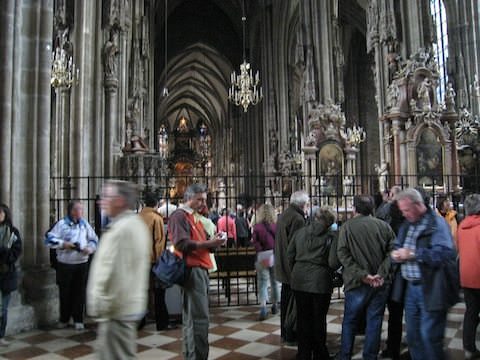 Go beyond St. Stephan’s Cathedral for more than a superficial visit to Vienna.

Korzan confesses that he wasn’t crazy about the city when he visited it on business trips while living in Bavaria. “Vienna didn’t appear to have much to offer beyond St. Stephan’s and the Ringstrasse,” he says, adding that while these are highlights that tourists must check off their lists, Vienna offers much more.

To come to Vienna and only see St. Stephan’s and the Ringstrasse (the well-known circular road lined with grand buildings, monuments and parks) is to get only a “superficial” glimpse the Austrian capital, Korzan says. “You can only love Vienna when you get to know it,” he says.

To get to know Vienna, experience the coffee culture at such establishments as Kleines Cafe, reputed to be Vienna’s smallest cafe, located at Franziskanerplatz 3 near St. Stephan’s Cathedral. 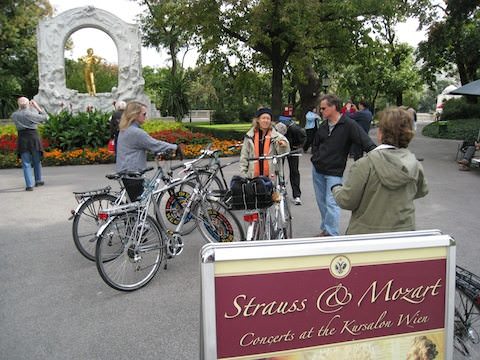 The best venue is the Festsaal at Hofburg, the former winter residence of the Habsburgs.

In the grand “Festival Hall” it takes only a smidgen of effort to imagine the gala dinners and royal balls that have been held here. 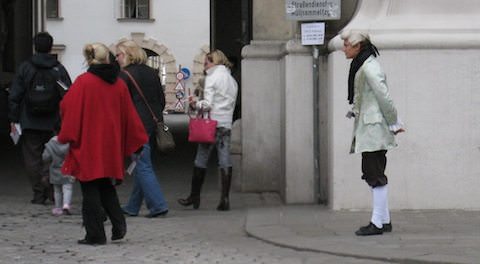 You may be mildly disappointed, however, if you are seated at the same palace but in the Redoutensaal. The “Redouten Hall” has a tradition dating back more than 300 years, but it was damaged by fire in 1992 and renovated.

Today, the Redoutensaal’s walls are adorned not in a fashion that reflects the periods in which the famous composers performed there but with modern murals, which for some, begs the appropriate atmosphere for the fine performances by the Wiener Hofburg Orchestra.

To truly absorb the ambiance of Vienna’s grand palaces, many people head for Schonnbrunn, the Habsburgs’ summer residence, with rooms decorated in Rococo style and beautiful formal gardens. The Habsburgs were one of Europe’s principal sovereign dynasties from the 15th to the 20th centuries.

The Habsburgs’ winter place, Belvedere, however, is more enjoyable for some, particularly art aficionados. Belvedere is comprised of two Baroque palaces at either end of a terraced garden. Both palaces house museums of Austrian art, including major works by Gustav Klimt. 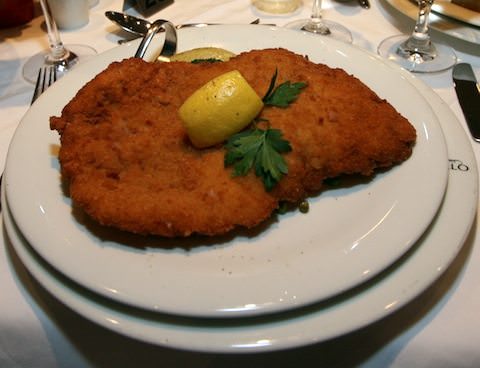 You can’t leave Vienna without trying the iconic Wienerschnitzel. And here’s something you may not know about the breaded veal cutlets named for the city of Wien (or Vienna): They are said to have originated in Milan, Italy.

Well, no matter where it originated, you won’t find better Wienerschnitzel than at Figlmuller, says Rudi Schreiner, who was raised in Vienna and is president of AmaWaterways. Figlmuller is situated at Bäckerstrasse 6 near St. Stephan’s on Wollzeille street.

A tip: The Austrians complement Wienerschnitzel with boiled potatoes while the Germans complement theirs with fries. If you prefer fries, let the waiter know.

Hotels Worthy Of A Visit – Or Stay 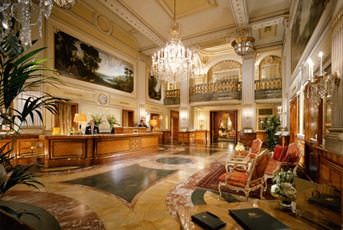 You’ll soon find that a few hours is not enough in Vienna. If you plan on staying a few days, make your home at either the Hotel Imperial or the Hotel Sacher Wien.

The majestic Hotel Imperial was originally built in 1863 as the Prince of Württemberg’s Viennese residence. Overlooking the historic Ringstrasse, the building was transformed into a hotel to accommodate visitors of the 1873 World’s Fair.

Entering the lobby, you’ll note beautiful chandeliers that light a Royal Staircase leading up to suites and rooms. Book yourself in a room with a private balcony for views of the roofs and spires of old Vienna. Dine at either The Imperial Restaurant or Café Imperial. Both have accommodated many famous authors and composers who penned their masterpieces here. 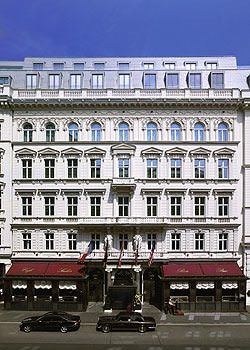 Situated in the city center opposite the Opera House and only a short walk from St. Stephan’s, the Hotel Sacher was opened in 1876.

The hotel’s founder was the son of the creator of the original Sacher-Torte, the world-renowned Viennese chocolate cake. Staying here puts a twist on the old saying that you can’t have your cake and eat it too.

At the Hotel Sacher Wien, there’s always plenty of cake no matter how much you eat. So dip in your fork. You’ve discovered yet another of Vienna’s true treasures.